So much for peaceful counter-protesters. 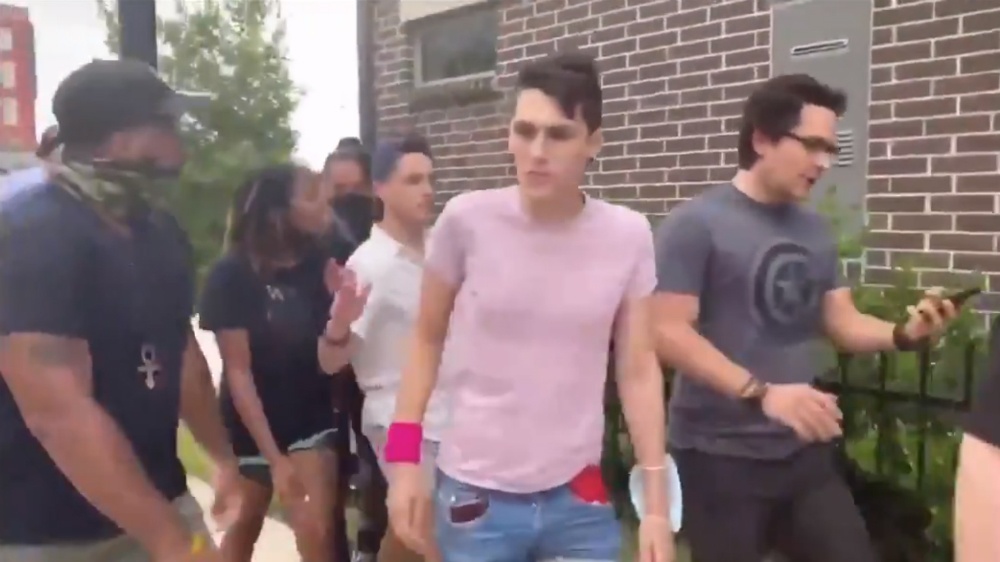 Leftists often demand that their voices be heard without their protests being stifled by, well, anyone. They don’t want counter-protesters, law enforcement, or the press getting in their way when they want to get a message out. But the same cannot be said about how they handle protests and rallies from the right, as Brandon Straka and the #WalkAway movement learned Saturday in Dallas.

Throughout the peaceful rally in support of President Trump, the #WalkAway rally was interrupted as Black Lives Matter activists harassed those at the event. At one point, a security guard for #WalkAway had to forcibly remove a counter-protester. But police ended up arresting the security guard instead of the violent protester.

FOLLOWERS I NEED YOUR HELP!!!
BLM agitator infiltrated stage area of today’s rally then put his fist into security’s neck when being removed. @DallasPD ARRESTED THE SECURITY AGENT!! He’s been held for over 4 hours! Dallas PD not releasing security agent.
RT &DEMAND his release!! pic.twitter.com/ghMwZa4lFi

But things got even more intense after the rally as organizers were attacked by a large mob of Black Lives Matter “activists.” At least one phone was taken by the “activists” and destroyed and physical attacks can be seen peppered into their hateful and intimidating rant. As JD and Tammy discussed on the latest episode of Conservative News Briefs, the video looked rather terrifying.

Black Lives Matter “activists” are all about the First Amendment for them, but they do everything they can to intimidate and suppress views that are not perfectly aligned with them. Brandon Straka and the #WalkAway movement were victimized in Dallas.