It happened a bit earlier to Hillary Clinton in 2016, but it seems more pronounced this election for Joe Biden. 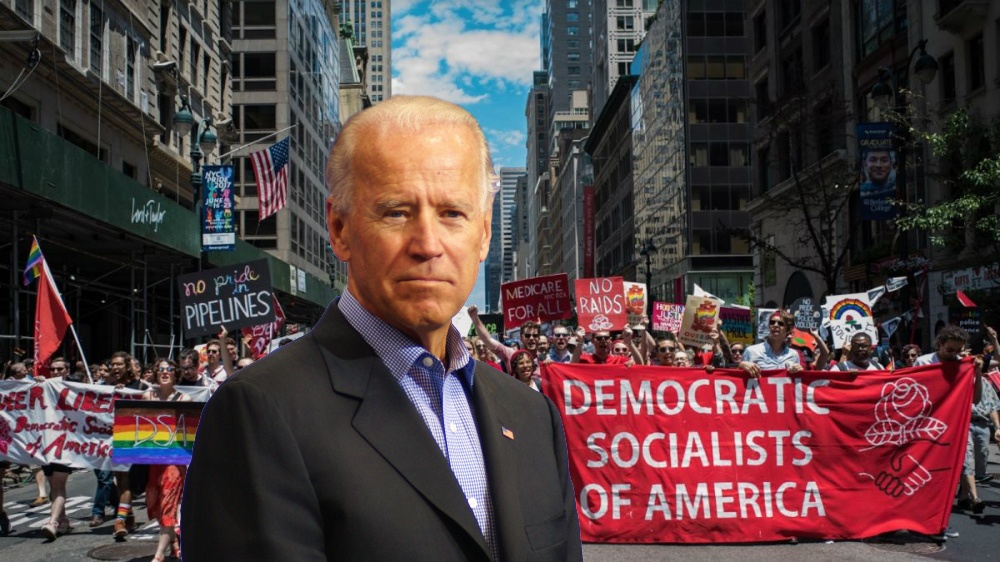 Joe Biden has a problem. Okay, so he has many problems, but one in particular is pretty big. The radical left wing of his party are pulling their tentative support. Why? Because he’s just not “woke” enough and has been leaning towards the middle to draw in moderate and Independent voters. That’s not sitting well with the Democratic-Socialists. According to The Guardian:

Kishineff is part of a progressive, far-left group of voters who say they will not vote for Biden, even if it means a Trump victory, largely because of the candidate’s failure to adopt a progressive agenda on healthcare, mass incarceration, the environment and policing.

In 2016, this group was part of the estimated 5 million Americans who voted for third-party candidates, including hundreds of thousands of voters in swing states like Florida and Michigan.

But two months ahead of the presidential election – and after fours years of Trump – experts say the group is less of a factor for Democrats than it was in 2016. That shrinking power could serve either to further alienate progressive voters, or coax them into an eventual vote for Biden, especially if he chooses to adopt more leftist policies.

With vaccine popularity slim, will leftist politicians try to force citizens to take it?

A new poll about coronavirus vaccines shows that two-thirds of Americans aren’t willing to get a COVID-19 vaccine.

A quarter of those interviewed says they won’t ever get the vaccine, while 44% of them said they’d rather wait and see how the initial round of immunization goes.

The recent controversies about vaccine emergency use abroad and in the US might explain why some people might are more reticent than before to these potentially life-saving drugs.

The National Republican Congressional Committee (NRCC) on Sunday night raised concerns that CNN anchor Jake Tapper may be “meddling” in House races beyond the 17th congressional district in Pennsylvania.

Responding to a report from Breitbart News on how Jake Tapper attempted to convince rising GOP star candidate Sean Parnell to run in a district other than the 17th, the NRCC raised questions about Tapper’s actions in this case and wondered if he has engaged in activity like this in other districts with other candidates as well.

WaPo on July 31: Trump ordered federal forces to quell Portland protests. But the chaos ended as soon as they left.

The fire started by BLM-antifa in north Portland tonight is continuing to grow. They set a mattress on fire. #PortlandRiots #antifa pic.twitter.com/2TkllOk3rJ

American Airline to allow BLM pins for employees. Why not pro-police or pro-Trump pins?

According to The Blaze:

American Airlines announced on Sunday that it would allow flight attendants to wear “Black Lives Matter” pins on their uniform while on duty, according to a Fox News report. The announcement was met with support as well as backlash.

“Clearly we live in a time where it is so important to have a dialogue about this important issue of racism in our society and try to find common ground,” American Airlines wrote in a company-wide announcement. “American is truly committed to having an inclusive culture that is welcoming to all and a reflection of our country and world.”

“This is why American is so committed to creating a more tolerant and diverse team,” the airline company said. “Through our partnership with American’s office of Diversity, Equity and Inclusion, we are continuing to work through an overall plan for addressing these issues in our workplace.”

American Airlines is also reportedly working on designing its own signature pin to show “its symbolic support of a diverse and inclusive work environment.” American Airlines noted that the diversity pin will be created by its Black Professional Network.