Will law enforcement stop Daniel Prude riots before they swell up?

Police and politicians let the George Floyd and Jacob Blake riots get out of hand. Will they learn their lesson and stop the coming Daniel Prude riots before they turn violent?

by Blaine Traber
in Opinions 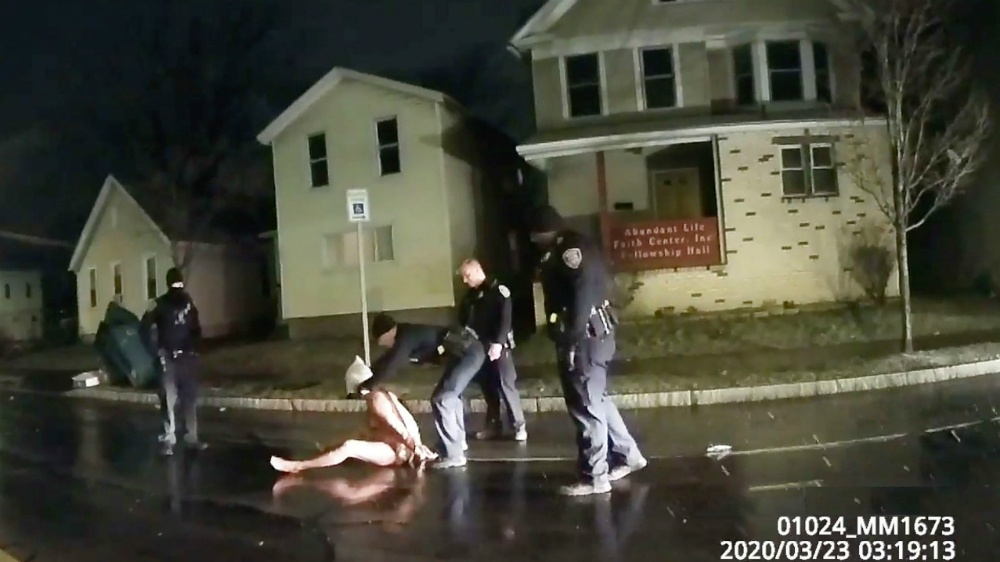 The police killing of Daniel Prude in Rochester, NY, in March is certain to spark riots. A cuffed, unarmed, and naked Black man killed by police officers with a “spit hood” over his head is the type of crime Black Lives Matter and Antifa Provocateurs crave. The only question is whether or not local, county, and state law enforcement will be able to prevent the coming riots from getting out of hand.

For background, we turn to The Blaze:

Authorities found Prude, fully naked and reportedly attempting to break into a vehicle. Prude reportedly told authorities that he was infected with COVID-19 when they arrived on the scene.

In the footage, Prude can be seen handcuffed with his hands behind his back and shouting. Officers reportedly placed a spit hood on Prude to prevent him from spitting on police. As the hood is placed over Prude’s head, he can be heard shouting, “Give me that gun. Give me that gun.”

Snow falls lightly and quietly on the wet street. After two minutes in this position, Prude falls lifeless and makes no more sounds. An officer can be heard asking Prude, “You good, man?” and sees that Prude has vomited on the pavement.

As with past incidents such as George Floyd, Rayshard Brooks, and Jacob Blake, a suspect police was trying to take into custody resisted arrest and refused to comply with police. But this incident is, if anything, a bit more disturbing because there seemed to be no reason at all to keep a Prude pressed to the ground they way they did. He was unruly and his actions and words clearly indicated he was both mentally ill and under the influence of drugs (PCP, as it turned out), but he was cuffed and the situation seemed to be under control.

What makes this incident more “riot-worthy” is that a spit hood was placed on his head. This was during the beginning of the coronavirus panic and many, including law enforcement, were hyper-diligent about not getting infected. Prude was spitting towards the police officers, prompting the use of the hood. Still, it’s terrible optics, especially considering he died from asphyxiation.

Riots are coming. They’re certainly coming to Rochester and may spread to other cities. Will law enforcement be able to keep the peace? If they are more aggressive and actively making arrests, then it’s possible they’ll be able to mitigate damage. If not, Rochester may soon look like Minneapolis during the George Floyd riots, Atlanta during the Rayshard Brooks riots, or Kenosha during the Jacob Blake riots.

For law and order to be maintained, Rochester will need an overwhelming level of law enforcement present AND a willingness to act against crimes in progress. They cannot have their hands tied like past Black Lives Matter riots because this can and will get out of hand quickly if they do.

In the latest episode of Conservative News Briefs, JD breaks down the situation and what it will take to prevent a repeat of what’s happened in the recent past.

Black Lives Matter and Antifa will try to burn Rochester as they’ve burned other cities where Black men are killed by law enforcement. Will police be allowed to do their jobs or will Rochester turn the city over to domestic terrorists?