Proof the narrative on COVID-19 is a lie, wrapped in a coverup, inside a conspiracy

This was never really about healthcare. It was always about control. 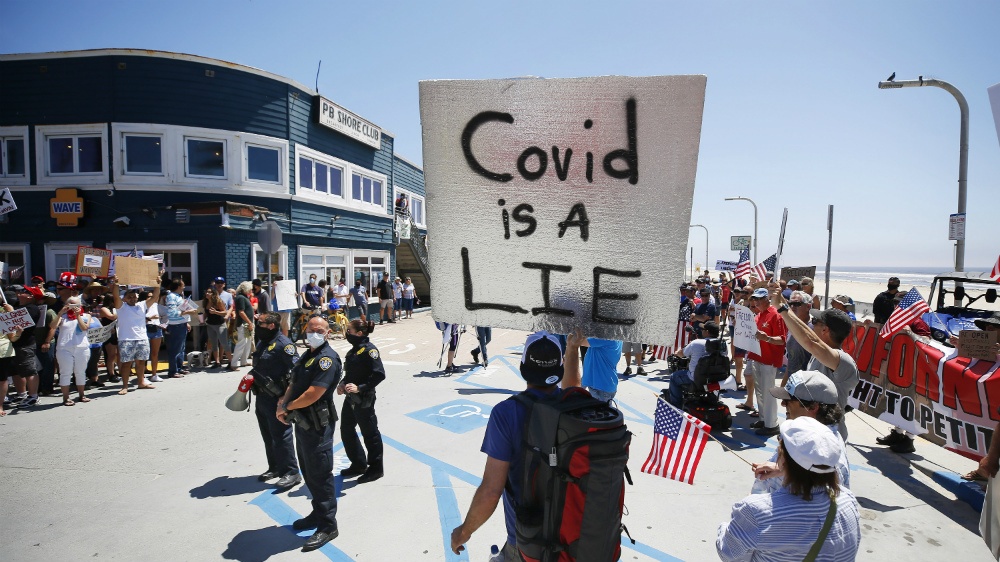 The notion that COVID-19 is not as deadly as they’ve been claiming from the start is not allowed. By the reckoning of the “arbiters of truth” in mainstream media, Big Tech outlets like Facebook or Google, and a combination of some Republican lawmakers and nearly every Democratic lawmaker, such notions about the coronavirus are just conspiracy theories and therefore anathema. But here’s the thing. Those demonstrating that the coronavirus is only truly dangerous to the elderly and that the rest of us should be completely off of any lockdown mandates are using real science, real data, and actual common sense. The left is desperately trying to subvert the truth we’re trying to spread.

With a 99.94% recovery rate for those under the age of 40, COVID-19 truly is on par with the flu. In fact, it is far less deadly than the flu for children. Nonetheless, leftists continue to pretend like the coronavirus is an existential threat and if we do not willfully submit to their draconian mandates, we are risking it decimating the entire population. This could not be further from the truth, as Sweden has demonstrated. Out of 5,820 deaths, only 26 of them were people under the age of 40. They had no lockdowns. Face masks were optional. Schools and businesses stayed open. Now, they’re to the point that in the month of August, the most deaths they had on any given day was five. On six days in August, Sweden had zero reported coronavirus deaths.

Where Sweden messed up is in not properly protecting the elderly. There should be appropriate precautions taken by those over 70, those who have serious preexisting health concerns, and anyone who comes in regular contact with such people. But for the rest of us, a life of normalcy is in order. At least it should be. The fact that it’s not tells us beyond a shadow of a doubt that this who debacle has nothing to do with healthcare and everything to do with control.

On August 29, The Gateway Pundit revealed changes made by the CDC that indicated further evidence of the lower severity of the pandemic. But instead of taking this wonderful news and broadcasting it to the world, mainstream media has bent over backwards trying to debunk and discredit the information. Even Dr. Anthony Fauci and many Democratic politicians have spoken out against the data, telling us in essence that we’re all too stupid to understand what the data really means.

The CDC silently updated their numbers this week to show that only 6% of all coronavirus deaths were completely due to the coronavirus alone. The rest of the deaths pinned to the China coronavirus are attributed to individuals who had other serious issues going on.

They’re spinning. They’re manipulating. They’re backtracking. And now they’re moving forward as if the data is a lie unless it matches their prescribed narrative. This is no longer about healthcare, if ever it really was. This isn’t even about the election, though they hope it will benefit Democrats in November. This is 100% about control and about establishing the “new normal” they’ve dreamed of where the common man is under the thumb of and beholden to government.

A perfect example can be found at Gregory-Portland school district in Texas. They released a video demonstrating their version of the “new normal” in which children are ushered around like obedient sheep, maintaining extreme separation so as not to catch a disease that has an infinitesimal chance of killing them if they contracted it. Again, it’s less dangerous to children than the flu, yet we never see such precautions taken during flu season. They’ve gone so far as to use an online tracker to log when a student leaves the classroom to go to the restroom, when they actually enter the restroom, when they leave, and when they get back to class. Their whereabouts are tracked on four different occasions just to use the restroom. As noted in that article, this is about training drones to accept tracking.

Then, there’s the vaccine component. Is it about huge sums of money being distributed? Yes, but it’s worse than that. Once again, it’s about control and we should not be surprised if vaccines are leveraged by forcing people to get them in order to get access to certain things. They want us beholden to them, compliant, and not speaking out about it.

In the last part of this episode of NOQ Report, I talked to Tammy about the extreme levels of censorship that are happening right now on Big Tech “platforms” like Facebook and Google. We run a great risk to the show by simply talking about this stuff, which is why we strongly encourage anyone who can help to contribute to us to help keep us afloat and get the word out.

The ferocity with which they are protecting their COVID-19 narrative is telling. They aren’t just hiding the truth. They’re actively working to denounce it, pushing lies as the information we are to accept. We must push back and get the truth out there.

Yes, Joe Biden and Kamala Harris are planning to legalize abortion up to birth