As the left turns on Antifa, they’re covering up for Black Lives Matter

The '100% Antifa' narrative is hiding Black Lives Matter involvement in the violence. 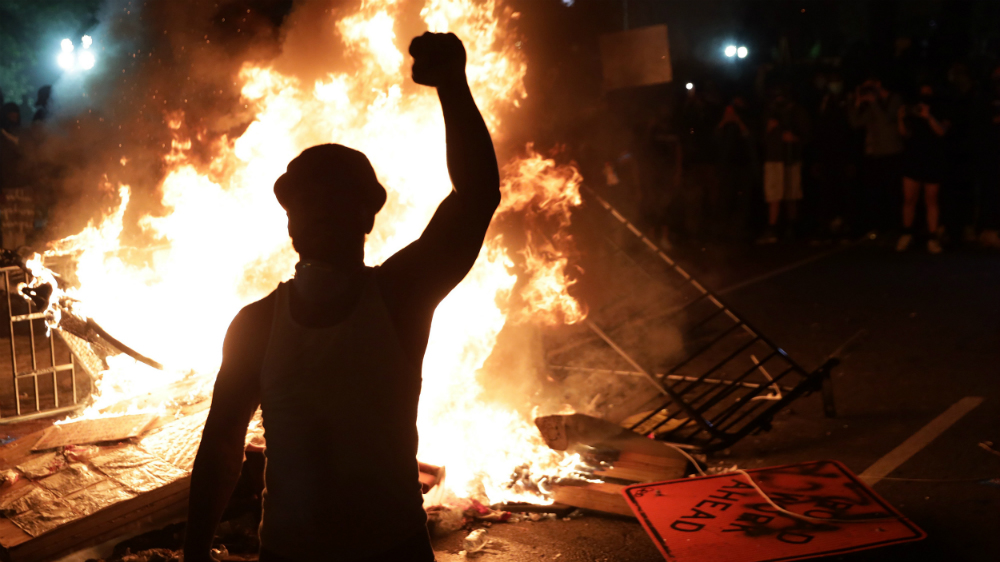 There’s a double entendre in the trending hashtag “100% Antifa.” The obvious one is that Michael Reinoehl, the radical progressive accused of killing Trump-supporter Jay Bishop in Portland over the weekend, once labeled himself 100% Antifa. But the other part of the narrative that is coming out is that Democrats and mainstream media are taking one of two stances on the domestic terrorism taking place across the nation. Either they’re not mentioning anyone involved by name or they’re pinning it on Antifa alone, never mentioning the involvement of Black Lives Matter in spreading anarcho-communism in cities like Seattle, Minneapolis, and Kenosha.

Whether they’re saying it’s Antifa or pretending likes it’s generic domestic terrorists, the left is unified in one element of the narrative. They want Americans to believe this is President Trump’s fault. People like Joe Biden, Chuck Schumer, and everyone at CNN is pointing the finger at President Trump after finally acknowledging after several months that the violence even exists, that these aren’t “mostly peaceful protesters” burning down cities, tearing down statues, and shooting Trump supporters.

In the latest episode of Rucker Report, JD breaks down why this narrative must be fought wholeheartedly. They are trying to give Black Lives Matter a pass so their supposed fights against systemic racism and police brutality do not get tarnished by the violence with which they’re directly involved.

Michael Reinoehl may be 100% Antifa, but the fact that the left is either still pretending Antifa isn’t violent or that they’re acting alone are both narratives to give cover to the Neo-Marxist branch of Black Lives Matter and the Democratic Party.