Kamala Harris on BLM riots: ‘They’re not going to let up, and they should not’

The Democrats' vice presidential nominee fully supports Black Lives Matter riots and warns that they will last beyond the election.

by CQ Livingston
in News, Podcasts 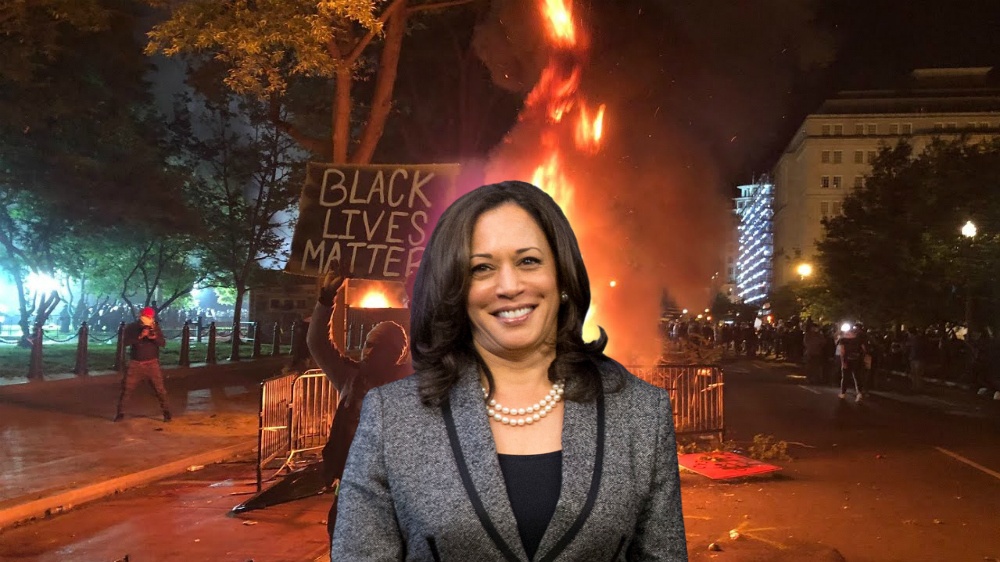 Senator Kamala Harris is a true believer. At least she’s pretending to be one when it comes to the Black Lives Matter “movement” that is currently torching several cities across the nation, including Kenosha, Wisconsin. In an interview with Stephen Colbert, the vice presidential candidate for the Democrats had an awkward run at answering a question in which she seems at first to be against the riots before quickly being in favor of them.

In the beginning, it seems like she’s warning the nation, even noting that people should “beware” the actions of the “movement.” But as she got into stride proclaiming multiple times that the rioting is not going to end, even after the election, she slipped her radical ideology in there by proclaiming, “They’re not going to let up, and they should not, and we should not.”

On the latest episode of Conservative News Briefs, JD was joined by Eric Matheny from “Bob & Eric Save America” to discuss the Senator’s words. They went on to discuss the situation in Kenosha in which 17-year-old Kyle Rittenhouse has been arrested for 1st-degree murder. Here’s the raw video of the show:

Kamala Harris on BLM riots: 'They're not going to let up, and they should not' https://t.co/paoxRO7hb1

If Kamala Harris supports the riots, should she really be running to be the vice president (and likely president eventually) or should she step down to work more closely with her comrades?