There are problems with the way people are coming into the country. Immigration expert John Miano breaks it all down for us. 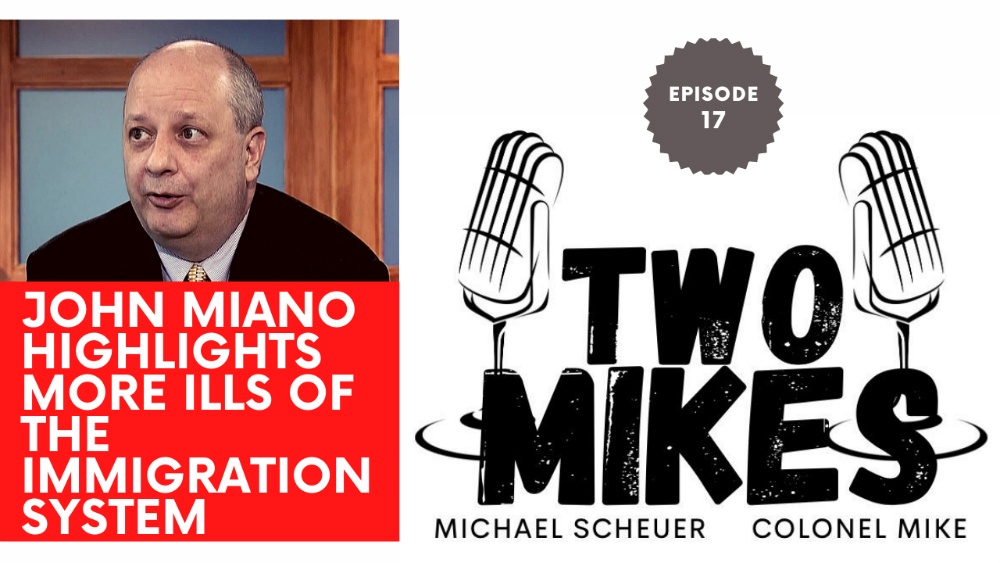 The United States clearly has challenges with illegal immigration. Those problems would be easier to solve if we could get a handle on our legal immigration system, but even those have barely been helped during the Trump era. It’s not for lack of trying, but between a feckless GOP in Congress and the Deep State within his administration, there have been major roadblocks.

In the latest episode of Two Mikes, Col. Mike runs solo in his follow-up interview with John Miano. From the DNC to legal immigration challenges, the two discuss solutions to the country’s many ills.