With two dead in Kenosha, Wisconsin Gov. Tony Evers has blood on his hands

We can try to blame the shooters. We can lay at least some blame on the Black Lives Matter domestic terrorists. But the lion's share of the blame belongs to Wisconsin Governor Tony Evers. 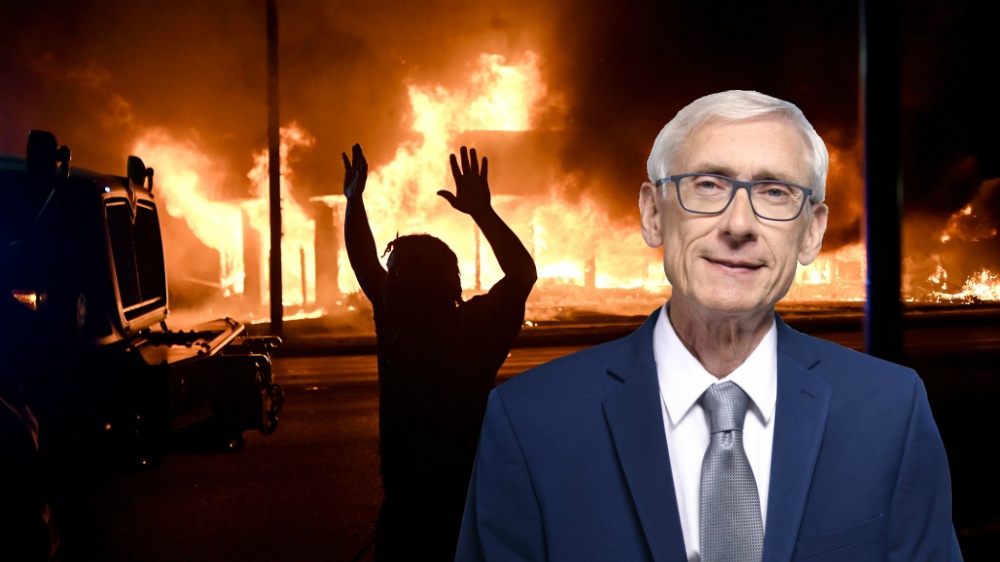 The third night of rioting in Kenosha, Wisconsin, following the police shooting of Jacob Blake turned deadly as two people have been shot and killed. Another rioter was also shot and is in stable condition. This is all a direct result of the lack of action by Governor Tony Evers.

Yesterday, following the second night of rioting, White House Chief of Staff Mark Meadows offered assistance in quelling the revolutionary uprising. Evers declined. He called up 250 National Guard troops, and while that may seem like a lot, it isn’t. This is a city of over 100,000 people with a land area of nearly 30 square miles. Chicago Mayor Lori Lightfoot has over 150 police officers protecting the single city block by her residence.

There are only two possible reasons for Evers to decline help in this situation, especially following a second night of buildings burned to the ground. Either he’s an absolute moron who doesn’t need to be managing a food truck, let alone a state, or he’s playing partisan political games. I’m leaning heavily towards the latter, though he truly may just be a moron.

The two men who are dead have their blood on Evers’ hands. If reports are true that the shooter is a member of a local militia protecting his city and the property of his fellow citizens, then the blame cannot be laid on him. He is doing what Evers refused to do. Enough police and troops can prevent bloodshed by stopping the riots. Private citizens defending property have fewer options. And while the rioters themselves must get some of the blame for their own demise, they would likely still be alive if Evers had called in much-needed assistance. I don’t want to belittle the rioters’ personal responsibilities here, but I also won’t allow their poor choice of joining in the rioting give Evers a pass.

In the latest episode of NOQ Report, I got a little heated under the collar. I don’t like getting so upset, but the preventable death of these two men really got to me. Partisan politics is to blame for them even being in the position to loot businesses and get shot in the process.

Those defending property should not be blamed. The domestic terrorists themselves obviously deserve some blame, but Gov. Evers allowed this to happen by being stubborn and playing partisan games.

MMA’s NEO: Take the Red Pill and think for yourself