It’s time to organize protests, lawsuits against lockdowns and other COVID-19 mandates

For complete transparency, let's call it what it is. We're LONG past time to organize protests, file lawsuits, and engage in civil disobedience to bring an end to the draconian lockdown mandates. All of them. 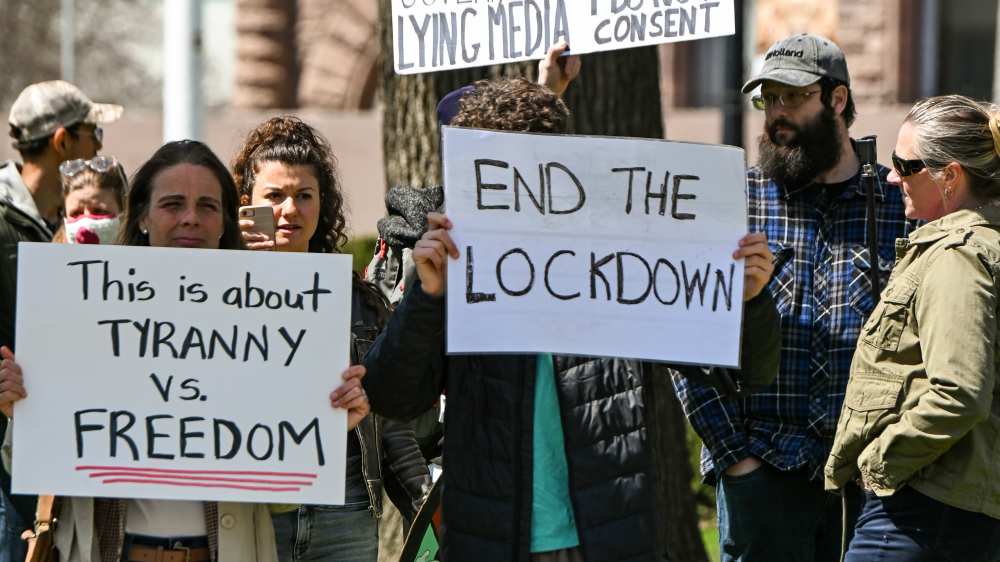 We messed up. Most of us did, at least. We allowed government to achieve far too much authoritarianism due to the COVID-19 scam. And for those who are skeptical about my contention that this is a scam or believe I’m begging the question, let me say unequivocally that this is, indeed, a full-blown scam. The disease is real. The reactions are overblown compare to the actual risks. Science tells us this disease barely registers as a threat to anyone under 40. In Sweden where there were very few mandates or lockdowns, a total of 26 people under the age of 40 have died from COVID-19. 26. Total.

Instead of rising up months ago, many of us complained. One of the premises behind our Non-Compliant America podcast is that there are five stages of non-compliance. It starts with opposition, simply voicing our concerns to elected officials. It escalates to protests and lawsuits. Then, there’s civil disobedience, followed if necessary by civil war. We aren’t to that last stage yet but we should be beyond the first stage and onto two, three, and four. But most of us are not. We’ve assumed too much, done too little, and now it seems like we’re not ready to organize.

Guess what, folks. It’s time to organize. It’s time to organize protests, file lawsuits, and engage in civil disobedience as a united group. There are plenty of patriotic Americans who have done so already, but not nearly enough. These “lone wolf conservatives,” as I like to call them, need our support. We MUST address this situation as an existential threat to the United States of America, the Constitution, and our future as a nation. They said the pandemic was the existential threat. It wasn’t. But these draconian mandates definitely are.

Suicides and drug overdoses are skyrocketing. Destitution is rampant. Jobs and businesses are being lost indefinitely. The psychological effect this is having on adults but more dramatically on children is inexcusable. We are destroying our nation and quashing our own future. We’re doing so because of a disease with a 99.96% recovery rate for everyone under the age of 40. And yes, that includes those with pre-existing conditions. If we were to eliminate those with co-morbidities from the statistics, the death rate would be infinitesimal.

In this latest episode of the NOQ Report, I expressed my shame for not doing more about it earlier and my desire to make sure we do something about it now. It’s not too late even though we should have been doing this months ago. We can’t rely on common sense or science to wake up the masses or force government’s hand. This is quickly becoming a post-truth society. The only way to reverse that trend is with the truth.

We’ve complained long enough. It’s time for organized action. If Antifa and Black Lives Matter can organize enough to tear down statues, surely patriots can organize protests, lawsuits, and civil disobedience to end the lockdowns immediately. We must.

The FlockOp guys are coming!