In fact, she was the only Senator rated by non-partisan GovTrack as having a "perfect" progressive record. 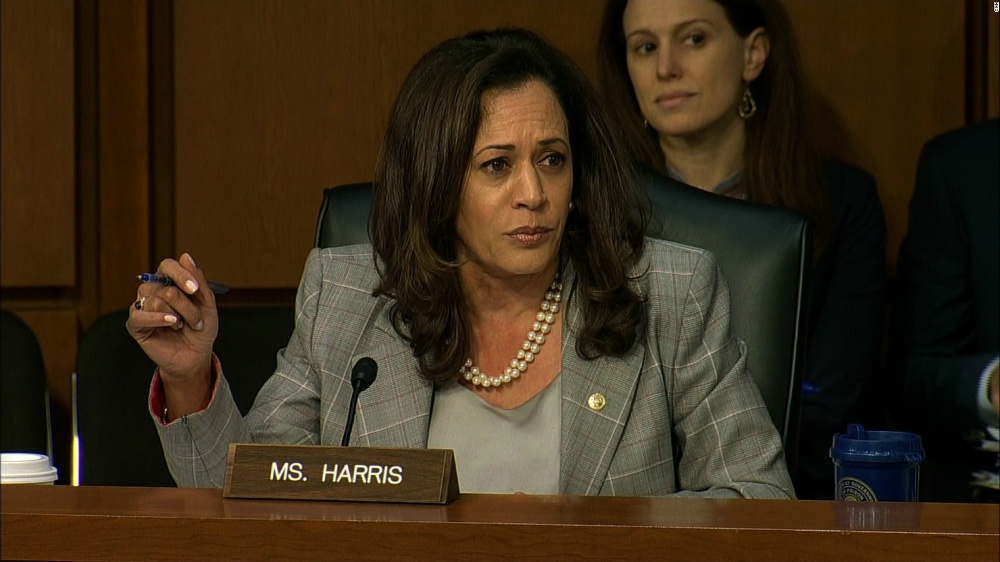 The current narrative from mainstream media following the announcement that Senator Kamala Harris is Joe Biden’s running mate is that she’s a “pragmatic moderate.” It’s a joke. But following a show JD did yesterday pointing out some of her policy proposals that prove she’s neither pragmatic nor moderate, we were hit with a bunch of comments and emails saying we were wrong. So, we looked up her record on Capitol Hill. It was worse than I expected.

WATCH: The media have been scrambling to label Kamala Harris a “pragmatic moderate.” They’re lying to you!

“There is this effort to make her more moderate than her voting record is.…If you look at the data, she has one of the more liberal…voting records in the Senate.” pic.twitter.com/PvljBKNhVx

We turned to GovTrack, a nonpartisan tracker of government activities. They look at every vote on Capitol Hill and determine whether a vote is considered right or left. Then, they score the lawmakers based on a score from 0-1 with 1.00 being totally conservative and 0.00 being totally progressive.

In 2017, her first year in the Senate, she was ranked 93rd out of 100. That means only seven other Senators voted more often in a leftist manner. The following year, she made up ground and jumped to 96th. But it was last year when she achieved her goal of being the most progressive-voting Senator on Capitol Hill by scoring a 0.00. She voted as far to the left as possible literally every time throughout the year, a feat not even Bernie Sanders or Elizabeth Warren had been able to achieve.

In this episode of the Rucker Report, we cover this as well as offer a replay of JD’s appearance on the Rory Sauter Show. It may even be considered a preview of Rory joining the Freedom First Network.

Kamala Harris has spent her entire time in DC trying to be the most “woke,” social justice Senator on Capitol Hill. Her record doesn’t say “pragmatic moderate.” Her record reveals she’s a radical progressive and Neo-Marxist.