They're already trying to pretend she's not a radical progressive. It's up to us to get the truth out there. 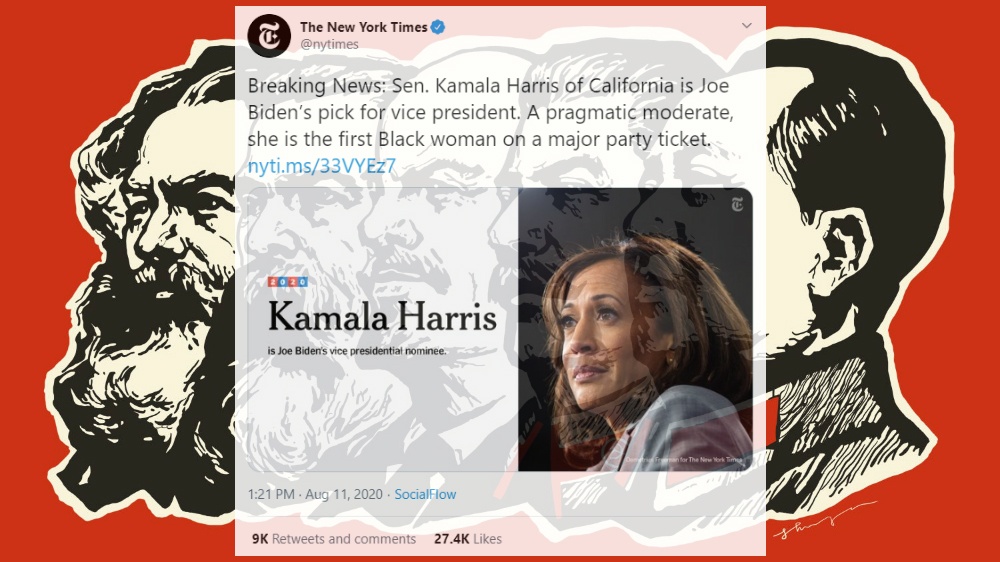 It’s been a while since I’ve done an episode of Non-Compliant America. It’s not that the need to not comply is any less today than it was before. It’s just that we’re in a strange time period in which there is so much news, so many things to fight, that NCA got pushed back a bit. No problem. Here’s a new episode, and it’s an important one.

Here’s how mainstream media is trying to paint Kamala Harris:

Do you agree with the @NYTimes that Sen. Kamala Harris is a "pragmatic moderate"? https://t.co/FAISAmdRPy

Now that she’s the top of the Democratic ticket, they’re going to do everything in their power to convince people she’s not a radical progressive. And yes, she’s the top of the ticket. 55% of Americans do not believe Joe Biden would finish his term. If they win, she will be President of the United States within weeks, perhaps months following their inauguration. It likely will not take years before that happens. This is why mainstream media is so bent on selling her to the people.

She believes in open borders, going so far as the call ICE equivalent to the KKK. She believes in single-payer healthcare with some variation of Medicare-for-All. She believes in the Green New Deal and not because of its environmental properties but because it would push us into Modern Monetary Theory.

Kamala Harris is neither pragmatic nor a moderate. She is a Green New Deal loving, Medicare-for-All pushing radical progressive who has a penchant for trying her hardest to be “woke.” The “moderate” narrative must be demolished… by us.

Too Few Are Telling the Truth

We don’t get Google checks. We don’t have Facebook or Twitter buttons on our stories. We don’t have a YouTube Channel (banned), and Instagram profile (never made one), or a TikTok (no thanks, CCO). We’re not perfect, but we’re doing everything we can to not owe anything to anyone… other than our readers. We owe YOU the truth. We owe YOU the facts that others won’t reveal about topics that others won’t tackle. And we owe America, this great land that allows us to take hold of these opportunities.

Like I said, I don’t hold other conservative sites under too much scrutiny over their choices. It’s easy for people to point fingers when we’re not the ones paying their bills or supporting their families. I just wish there were more who would break away. Today, only a handful of other major conservative news outlets have broken away from the Big Tech teat. Of course, we need help.

Also, we could use contributions of content. If you write or want to start writing and you share our patriotic, conservative, America First ideology, contact us. The contact form on this and all pages on the site goes directly to me.