For the leaders of the radical left, defunding police serves two purposes. It's one of the initial goals they must achieve to initiate their plans, but it's also an easy way to pull moderates in their direction.

by David Patterson
in Opinions, Podcasts 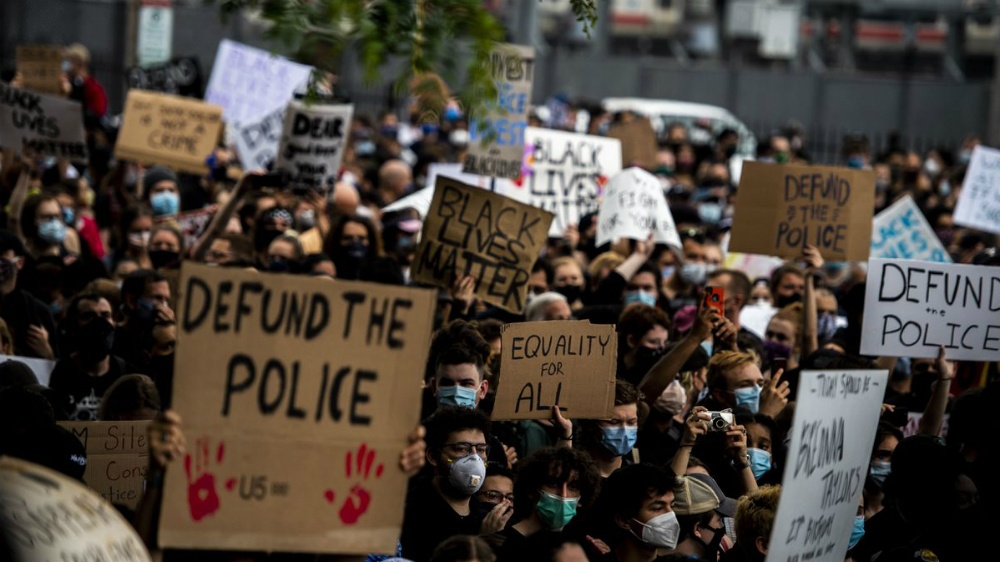 Many conservatives and even moderates are scratching their heads when hearing about or discussing the radical progressive movement to defund police. We see them reacting to increases in crime by calling for fewer cops. We see them hamper, limit, and even disband law enforcement, preventing them from doing the job they swore an oath to undertake. None of it makes sense when we look at it on the surface. Unfortunately, below the surface it’s far uglier than what we’re even able to see initially.

It all comes down to Cultural Marxism in a post-truth society coming together with the help of mainstream media and the Democratic Party to bring about Neo-Marxism. For those unfamiliar with it, imagine socialism as far too conservative for those who want Neo-Marxism. Imagine Cuba, the USSR, and Venezuela to be failed experiments that didn’t take it far enough in the minds of the Neo-Marxists. Imagine China being a better model, but with too much capitalism for Neo-Marxists to stomach. Imagine Karl Marx himself being scolded by his own modern-day disciples because he didn’t foresee the roadblocks that religion, personal freedom, and capitalism’s success would pose. That’s what Neo-Marxism is.

This is why they’re introducing their radical ideology through the Black Lives Matter movement and, as a close parallel, the defund police movement. What lucid, non-radical Democrats believe defunding police is about is fighting police brutality, systemic racism, and a criminal justice system that favors white people. Neo-Marxists know defunding police is not about police brutality. It’s not about systemic racism. It’s about replacing the standards of law and law enforcement with new standards set by the Neo-Marxists themselves. They embrace temporary anarcho-communism for the sake of achieving an eventual reversal to totalitarianism with a communist backdrop. That’s their ideology in a nutshell, but to get there they need to con as many Democrats as possible into embracing the early stages of their plan. Once they get started down the road, it’s hard for them to pull back. Defunding police is a gateway drug to even worse endeavors.

The rioters and looters on the streets are pawns. The Democratic lawmakers and mainstream media cheerleaders are useful idiots. Only the so-called Democratic Socialists are truly privy to the plan, and even they are compartmentalized. People like Alexandria Ocasio-Cortez are not the thought-leaders of the movement. They’re simply the mouthpieces. The real leaders act like puppetmasters behind the scenes, above the fray and buried in the shadows so most are unable to even see them.

In this episode of the NOQ Report, JD breaks down their plans and why success requires them to get buy-in from moderate Independents and Establishment Democrats. The true Neo-Marxists are a tiny but vocal percentage of the population. They need the numbers to make their changes happen and the Democratic Party, driven by Trump Derangement Syndrome, is the current vehicle to drive them towards their goals.

Sadly, defunding the police is not their endgame. It’s just one of the early steps. To achieve their true goals, they need to dismantle the nation rapidly so they can rebuild it in their image. They need gullible Democrats to help them make it happen.