Mainstream media is selling you the Democrats' and Black Lives Matter's false narratives about the "peaceful protests." You knew that. But hearing Attorney General William Barr discuss it with Mark Levin is extremely important. 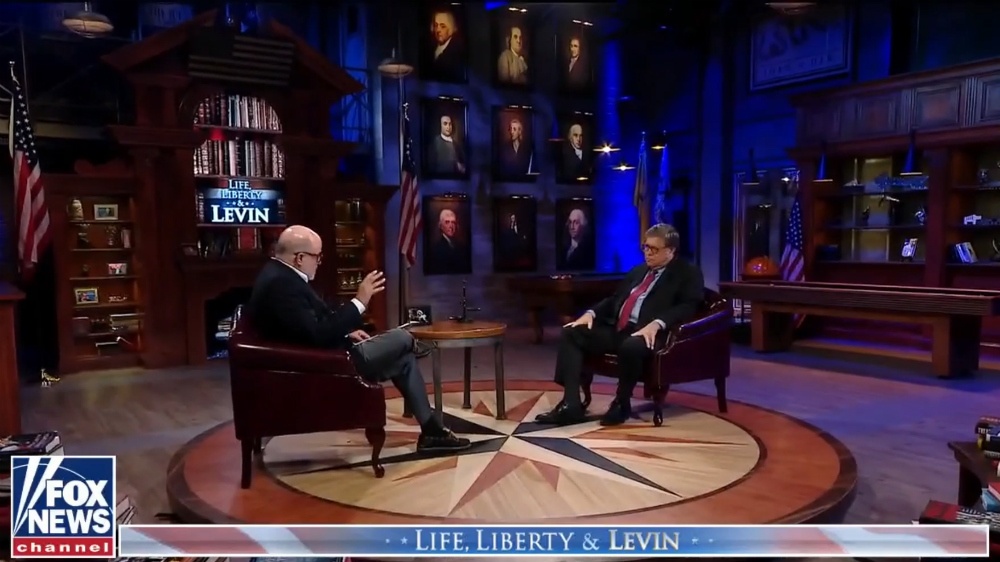 You’re being lied to by mainstream media. If you’re reading this on NOQ Report or listening to it through our podcasts, then hearing about fake news media’s propaganda is probably not a new topic for you. But if you haven’t heard Mark Levin talking to William Barr about the issue as well as our EIC JD Rucker breaking down what’s really happening in the world today, then set aside 30-minutes for this. It’ll be worth it.

Antifa and Black Lives Matter “peaceful protesters” are generally neither peaceful nor protesting. They are rioting, looting, vandalizing, burning, destroying, and generally being menaces to the lawful society we crave, the lawful society we had achieved before this whole 2020 series of unfortunate events occurred. Now, they are seizing on the opportunity to promote their agenda and mainstream media is falling in line with the supporting narratives.

What happened in Chicago last night is not the result of a righteous protest or serious grievance. A Black teen shot at police officers. If that’s supposed to be acceptable and worth burning down a city over, then it’s clear the narrative has been lost. Now is the time to take that narrative back, and it begins by listening or watching this important show.

In this episode of the NOQ Report, we gain a clearer understanding of the motives behind not only mainstream media’s embrace of Black Lives Matter, but also the true goals the organization wants to achieve. This isn’t about police brutality or system racism. It’s about tearing down the nation so they can rebuild it in their vision of the Neo-Marxist society they want o create. They aren’t against law enforcement in general. They want to control the enforcement of the law, THEIR laws and on THEIR terms.

As a society, we must break out of the progressive media echo chamber, but it’s more than that. Again, if you’re reading this or listening to the show there’s an extremely good chance you’ve already found yourself opposed to the false narratives, propaganda, and fake news on outlets like CNN, MSNBC, NY Times, and Washington Post. But it’s not enough to break ourselves free. We must help those who are caught in the leftist media bubble to break free of it as well. The leftists are doing everything in their power to keep as many people in the bubble as possible. It’s our responsibility to change that by sharing articles and shows like this.

America, the greatest nation this world has ever known, is staring into the abyss. Leftists want nothing more than for us to enter this abyss and either come out in their image or never come out at all. We must stop them.