Of all the hashtags for Facebook to filter, why did they have to do one that is used to spread awareness about protecting children? 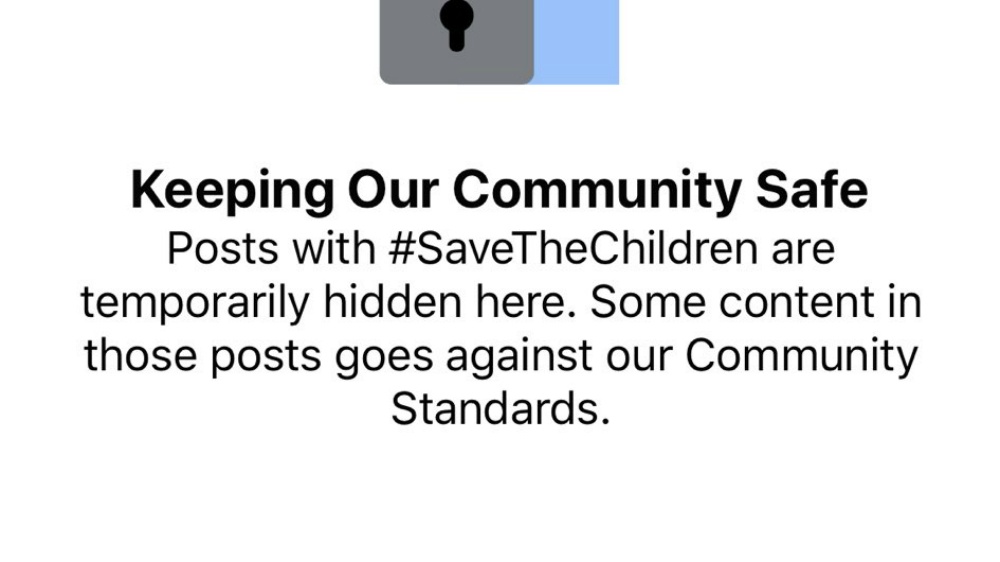 Facebook temporarily filtered the #SaveTheChildren hashtag for a few hours Wednesday and into Thursday morning. There has been no explanation, but some are speculating that its association with QAnon is behind the attack on the hashtag often used to raise awareness of child sex trafficking.

JD looked at three theories in the latest episode of Conservative News Briefs. The first was that it’s being used to attack those (likely QAnon) by spreading disinformation about the hashtag. It’s called “flooding a topic” and has been used by various groups for decades. For example, UFO enthusiasts are often thwarted by fake reports and videos released to muddy the waters, discrediting anything that may real.

The second theory has to do with a viral video that charges Hasbro with releasing a toy that has button where its private parts would be. The “Trolls World Tour Giggle and Sing Poppy” makes odd sounds, including a moan, when the button is pressed. Hasbro pulled the toy from stores yesterday.

If you think the Scum Bag Globalist are trying to normalize this ??, you’d be living under A ROCK?! No Bob, not everything is EVIL??. I do believe, Jesus himself said, “DON’T SCREW WITH THE KIDS (paraphrasing)” and what do you do?. Trump 2020??pic.twitter.com/Wm1ZQp5ZV9

The third theory is that this is an attack attempting to take down the hashtag and prevent something from going viral. If an individual or group wanted to kill a story, image, or video that was attached to the hashtag, they’d simply post material against terms of service and have it and all of the others reported. The algorithm would detect the attack and pull down the hashtag.

This is something that Facebook needs to address. They have the resources. Why do they allow things like this to happen? Is it really wrong in Facebook’s eyes to try to #SaveTheChildren?

Why is the media conveniently forgetting the role of the Black Lives Matter riots in the COVID surge?