Why are there no counter-protesting patriots in Portland, Seattle, elsewhere?

"Peaceful protesters" are destroying many cities across America. Why aren't patriots fighting back? 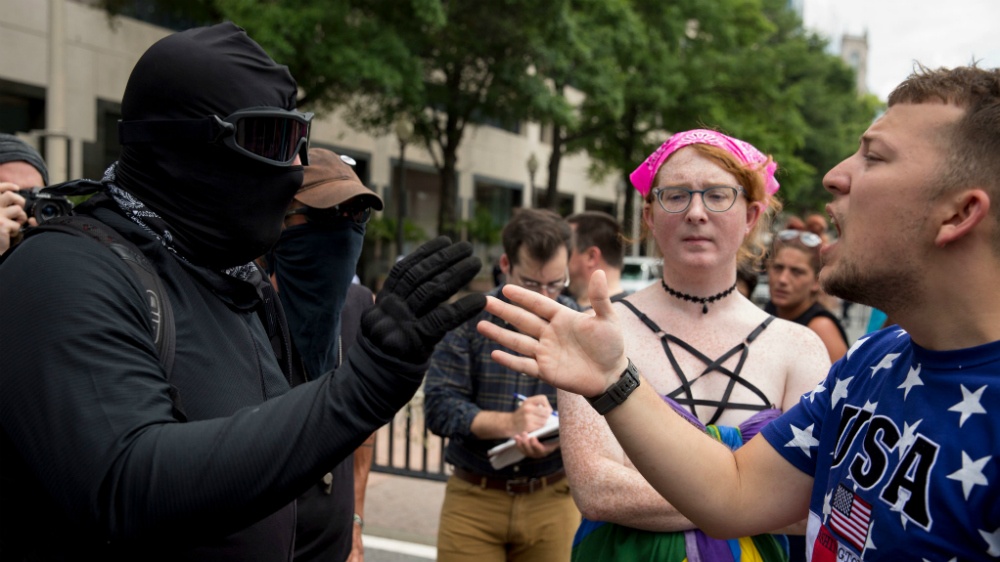 Unpopular opinion: It’s time for patriots to fight back against the rioters taking over downtown areas in places like Portland, Seattle, Detroit, and other cities across America. I’m disappointed to have to call it an “unpopular” opinion, but apparently the groundswell of support for counter-protesters to take groups into rioting zones is non-existent. To be transparent, I would have assumed patriots would have acted by now.

By no means am I calling for violence against the rioters. Two wrongs do not make a right. But these anarcho-communists are being given essentially free rein over these cities by law enforcement. If enough patriots went down to these areas in large groups with the intention of counter-protesting, the rioters would have to contend with them or move on. If they want attack the counter-protesters, then it’s important for these patriots to be ready, but they should not instigate violence.

In the latest episode of Non-Compliant America, I laid out the case for counter-protesting patriots to make a move. Take back your cities, not by force but by simply being present. Be prepared if the rioters turn violent, but don’t sit back and do nothing.

There will be no deescalation through negotiations or because law enforcement lets them destroy the cities on orders from the radical progressive, feckless leadership from people like Portland Mayor Ted Wheeler, Seattle Mayor Jenny Durkan, or Chicago Mayor Lori Lightfoot.

We do not need to instigate violence, but we should be ready if the rioters turn violent. Despite what Jerry Nadler says, the violence is not a myth. Police have their hands tied by Democrats. Patriots need to step up.