Currently, the biggest threat to the ideology espoused by people like Alexandria Ocasio-Cortez and Bernie Sanders isn't the GOP. It's Establishment Democrats continuing to win. 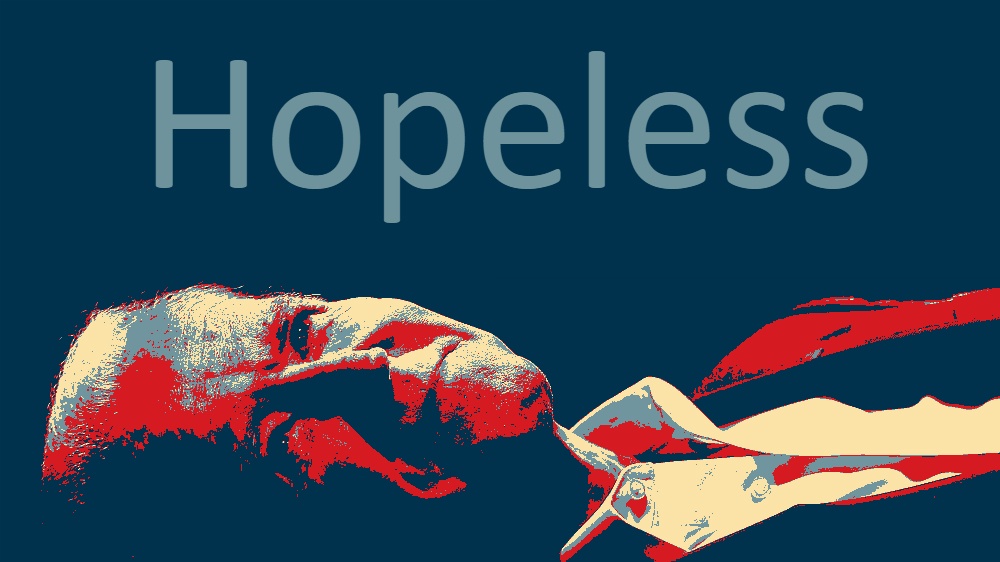 Far-left radical progressives, also known as hyper-leftists, also known as Neo-Marxists, also known as anti-capitalists, are currently fighting two major foes. There are the Republicans/conservatives who are their long-term political rivals, but for the far-left to have a realistic chance of ever taking them on directly, they need to overcome their more immediate threat. Establishment Democrats like Nancy Pelosi, Chuck Schumer, and Joe Biden will do more to keep the radical progressives, who I’ll refer to going forward as the Democratic-Socialists, from ever achieving real power.

Upon reading this, the instant response from supporters of the organizations like the Sunrise Movement and Justice Democrats would be to get angry or even chuckle in amusement. This could easily appear to be a ploy to make them secretly cheer for President Trump to win reelection. As a news outlet, we’re considered part of the vast right-wing conspiracy and are labeled as “very far right” by some of the fact-checkers. That theory could have merit if it weren’t for the fact that every indicator—including a conversation I had with an anonymous source in leadership of one of the most prominent radical progressive political action committees in the nation—supports the notion that the far-left has halted attacks on President Trump and have not offered support to Joe Biden.

But don’t take my word for it. After all, I’m not naming the source or even the organization he/she belongs to, so this could still all be a ploy, right? Let’s look at the narratives coming out of a pair of the most powerful far-left groups in America today. It’s telling that in the month of July, the 140 Tweets posted by the Justice Democrats have only mentioned Biden three times, and all three were references to their need for Biden to take policy advice from Democratic-Socialists.

“People are looking for Biden to make some commitments and show that there’s a new generation of progressive economists and thinkers who are surrounding him — and not the usual suspects."https://t.co/cJH4LUFx0c

The Climate Task Force accomplished a great deal. It was an honor to serve as co-chair w/ Sec. @JohnKerry.

Among the notable gains: we shaved *15 years* off Biden’s previous target for 100% clean energy. https://t.co/pnLj7uufeg

I spent the last six weeks in policy discussions with the Bernie-Biden Unity Task Force fighting for the vision that young people need for the future we deserve, free from climate chaos.

The results are here.

Read on for my take on how it all went.https://t.co/6yQjXSI3M5

Also noteworthy is the conspicuous lack of attacks on President Trump with only two retweets mentioning him. One was a swipe at House Democrats for not getting his tax returns and the other was a call for New York Governor Andrew Cuomo to tax the rich more in New York.

"Any Ways and Means chair taking his constitutional and moral responsibilities seriously would have filed a lawsuit to get Trump's tax returns on the first day of the new Congress in 2019." #MA01https://t.co/WWEndl9zB7

Did you know that there are 118 billionaires… in New York alone?

And that they’ve made billions more during COVID?

Did you know that the very workers billionaires rely on are going hungry & without healthcare?

This is wrong. If Trump cut their taxes, NY should pick them up. https://t.co/x5swN3cH43

The Sunrise Movement’s Twitter account is more of the same with even fewer attacks on President Trump and less support for Biden. As for the candidates they support, it’s conspicuous that they are also in a similar bubble in which they support Sanders and Senator Elizabeth Warren while rarely if ever mentioning Biden or Trump. If one were to look at the average congressional candidate’s Twitter feed, they mention the top of both tickets often. Not so for Democratic-Socialists. They keep their narratives very tight, attacking only their direct primary or general election opponents and avoiding discussions of Biden and President Trump.

Here’s the sad reality of the Democratic-Socialist movement. Hillary Clinton’s embarrassing loss to President Trump in 2016 forced many Democrats to rethink their strategies about elections. The “moderate” failed miserably. Then, 2018’s midterm election demonstrated strength within the Democratic-Socialist movement as they picked up an impressive number of congressional seat. Fast forward to 2020 and the only thing that prevented their presidential candidate, Sanders, from getting the nomination was an all-out intervention by the DNC. Following the South Carolina primary that Biden handily won, as expected, the DNC pressured other “moderates” to drop out before Super Tuesday. This opened the path for him to beat Sanders who polls had winning big against with Biden, Pete Buttigieg, Amy Klobuchar, Tom Steyer, and Michael Bloomberg splitting the centrist vote.

The other possible conclusion is all contingent on who the DNC picks as Biden’s Vice President. We already know it will be a Black woman. But if that person is not a Democratic-Socialist and especially if it’s a former law-and-order politician like Senator Kamala Harris (former prosecutor) or Congresswoman Val Demings (former police chief), there is very little chance the Democratic-Socialists will change their tune. The same goes for Obama administration alums Susan Rice or Michelle Obama, both of whom represent a return to the Obama-era lukewarm progressivism the Democratic-Socialists also despise.

The most likely VP candidate who could garner support from Democratic-Socialist is Atlanta Mayor Keisha Lance Bottoms. She is NOT a radical progressive despite attempts to label her as such, but she could be persuaded to act like (and even govern like) one if enough pressure comes from the far-left. It’s a long shot from multiple angles, but unless Biden comes out with someone from left-field who isn’t on the radar, Bottoms may be the only VP choice malleable enough to entice Democratic-Socialists to support and groom her. One can even argue if Biden DOES come out with a pick from left field, it is because of pressure from the Democratic-Socialists.

The schism in the Democratic Party has been downplayed by mainstream media and ignored by the public, mostly due to coronavirus fears and recent rioting. But it’s there. Republicans must take advantage of this. I detail how in the latest episode of Conservative Playbook.