Does Joe Biden support the current riots happening in cities across America? Is he in favor of law and order being restored? Nobody knows and he ain't talking. 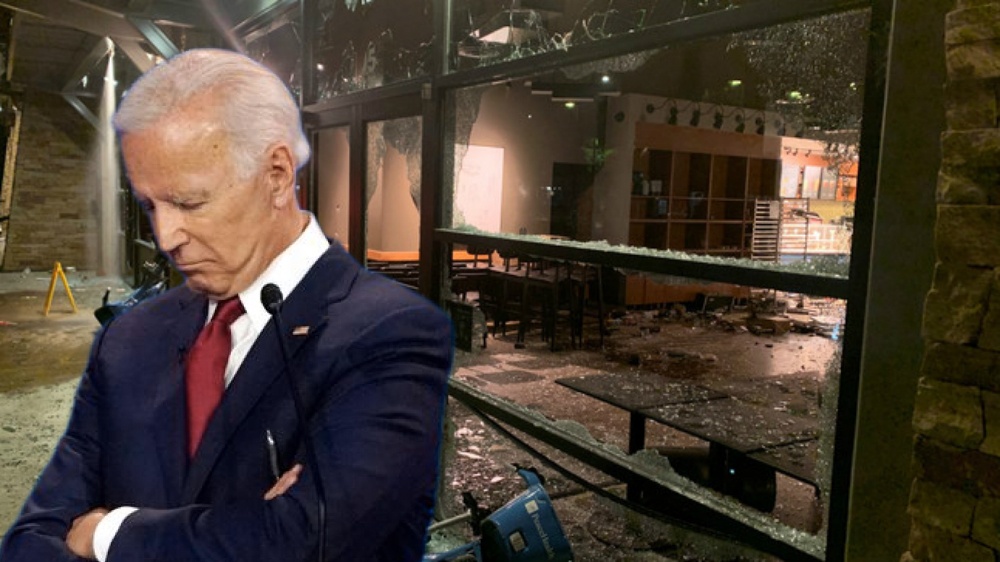 The last time presumed Democratic nominee for president Joe Biden mentioned riots happening in America was June 4th. It pertained to the George Floyd riots, looting, and general anarchy happening around the country. He used the opportunity to condemn President Trump’s reaction while staying mostly ambiguous about his stance on the whole situation.

We’ve gone beyond this being about George Floyd. Now, there seems to be a general attempt by Black Lives Matter and Antifa rioters to promote anarcho-communism against law enforcement, capitalism, and American society in general. Cities like Portland, Seattle, Chicago, Albuquerque, New York, Oakland, Louisville, and even Omaha are holding linked but independent versions of “protests” that invariably turn to violence. As we’ve noted many times, these aren’t really protests. They’re just unadulterated lawlessness intended to drive fear and force their perspectives on everyone else.

In other words, these “protests” are simply fronts for domestic terrorists. Many Americans are opening their eyes to this despite suppression and fake news coming out in mainstream media’s propaganda. But there are still enough supporters, whether unhinged or simply ignorant, who believe the narrative that these “protests” are righteous in some way. As I talked about in the latest episode of the NOQ Report, Joe Biden’s silence is telling and necessary from a political perspective.

Over the last 10 days during which the riots have been ramping up and spreading to other cities, Biden has Tweeted 72 times without mentioning them once. Granted, reading his Twitter account is not necessarily a representation of his feelings since he has members of his campaign doing the Tweeting for him, but nonetheless he isn’t out there pushing an opinion on the matter. He isn’t taking questions when he speaks in public, and even if he did, nobody would ask him about these riots. They’re poison to his campaign one way or another. If he voices support for the riots, he risks disenfranchising moderates and Independents who want law and order restored. If he opposes the riots, the radical progressives in his party will turn on him. His silence is strategic, and unfortunately nobody’s calling him out on it.

To voters in cities under siege right now, I say this: Joe Biden has been completely silent about the chaos engulfing your lives. He is too scared of offending anarcho-communists to ever support your safety. President Trump is fighting for law and order.