It is not hyperbole to claim that what's happening in Portland, Seattle, and other leftist cities will have catastrophic effects on the rest of the nation. 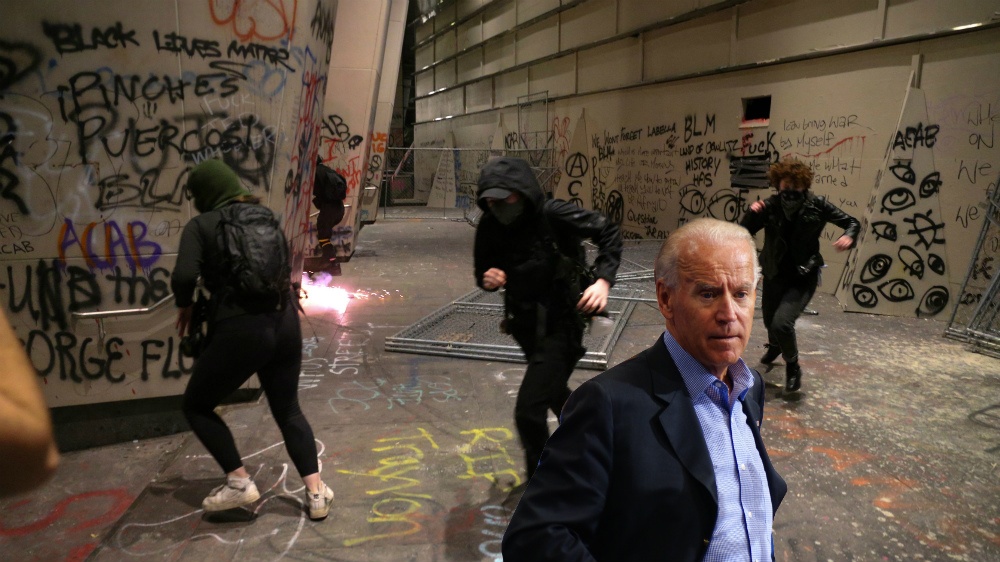 Law and order are in jeopardy. If you live in a conservative city or state, you may fire back with the notion that it’s only in jeopardy where Democrats are in control, and as of today that’s true. But there are three major flaws to this thinking. First and foremost, anyone who claims to understand what’s happening in 2020 is probably wrong. No, it’s not all just about the election. This is deeper and much more dangerous than that.

Second, we learned during the three weeks of major riots over George Floyd’s murder that to varying degrees, the effects were felt ubiquitously. Sure, Seattle and St. Louis may have been hit harder than Oklahoma City and Omaha, but the effects were felt across the country. What we’re seeing in Portland and other major cities is much bigger and more dangerous in the long term than the George Floyd riots. Those were driven by emotion. What’s happening now is driven by ideology.

Third, what happens if Joe Biden actually wins? It will be a rallying cry for all on the radical left to start pushing for similar situations as we’re seeing in Chicago and Albuquerque. Why? Because a Biden victory would be read as a mandate by the voters that rioting and lawlessness are not only acceptable but encouraged. Biden has been on the fence about defunding police because he knows if he commits in either direction, he’ll either lose support from moderates or the radical left. But within that middle ground lies an important distinction. The easiest way for him and the rest of the Democrats to stay left-leaning but neutral is to not acknowledge the domestic terrorists at all. Instead, they call them “peaceful protesters” and lump the rioters in with those who are actually protesting legitimately. He did this by conflating the two groups in a quote this week:

“Now Homeland Security agents — without a clearly defined mandate or authority — are ranging far from federal property, stripped of badges and insignia and identifying markings, to detain people. They are brutally attacking peaceful protesters, including a U.S. Navy veteran.”

Remember that when you vote in November.

On this episode of Conservative Playbook, JD highlights the extreme importance for the GOP and the Trump campaign to get the word out about what’s really happening regarding these domestic terrorists. Mainstream media isn’t going to do it. Democrats are going to pretend like everything’s peachy keen. We, as patriots and conservatives, must be the ones telling the nation the truth before election day.

A Joe Biden victory must be stopped at all costs and the easiest way to do that is through the truth. His endorsement of domestic terrorists by claiming they’re “peaceful protesters” must be spread far and wide.