Believe it or not, this isn't just a Second Amendment issue. This is about demonstrating whether the Constitution is more powerful than mob rule. 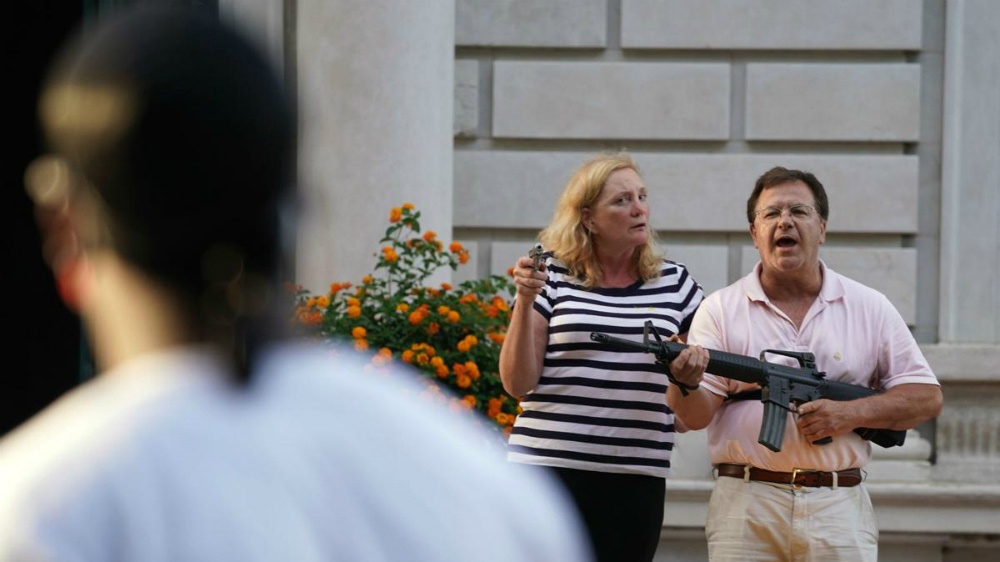 2020 has been a very sad year for many. But arguably the saddest universal challenge that will have the longest-lasting effects is neither the economic challenges nor the precedent set regarding pandemics. Hidden beneath the cacophony of bad news this year is the unprecedented attack by the radical left on our Constitutional rights. Some will say they’ve been under attack for decades, even centuries, and that is quite true. But until 2020, it was never conceivable that mob rule could supersede the Constitution. That’s exactly what we’re seeing today.

The battle has gone from being widespread and diverse to focusing on one couple in St. Louis. The McCloskeys were defending their property and their lives when they took to their yard armed against a mob that had just broken a gate to trespass on private property. Now, they’re being charged with a crime, and while there are conservatives coming to their assistance on the legal front, it still bodes ill for a nation that has “leaders” willing to annihilate the Constitution for the sake of virtue signaling to the passing mob.

This must be taken with the seriousness of an existential threat. Why? Because all it takes is one win against the Constitution from the left in order to give them the opening to start chipping away at the entirety of it. That’s not hyperbole. If it is deemed by our judicial system that we are not allowed to protect ourselves from mobs, then mobs win. They will win now and they will continue to win. Coming back from this type of loss would be nearly impossible. Once you give the radical left an inch, they take every last mile we have left.

On the latest episode of the NOQ Report Podcast, I analyzed the situation which is both loony as well as terrifying. St. Louis Circuit Attorney Kim Gardner has taken a clear cut case of Second Amendment rights, property rights, and castle doctrine and engaged in judicial activism from in front of the bench. Any other year, I’d say she has about as much of a chance spontaneously combusting as she has of making the charges she filed against the McCloskey’s stick, but this is 2020. If we’ve learned anything this year, it’s to never underestimate the efficacy of political insanity.

Every patriotic American who still believes in freedom should take a direct interest in this case. The McCloskeys must be exonerated. In fact, their case should be thrown out prima facie. But we have to do more than hope this happens. We have to watch. We have to pray. We have to use this case as a way to teach the radical left the mob simply cannot rule.

To keep our Constitutional rights, we have to win every single battle against the authoritarian left. They only have to win one major battle for everything to come crashing down. That’s why the McCloskey’s plight is so important.

Call out anyone who calls them ‘protesters’