The California Governor isn't just trying to play it too safe or hurt the economy. He and his cronies are attacking religion in general. 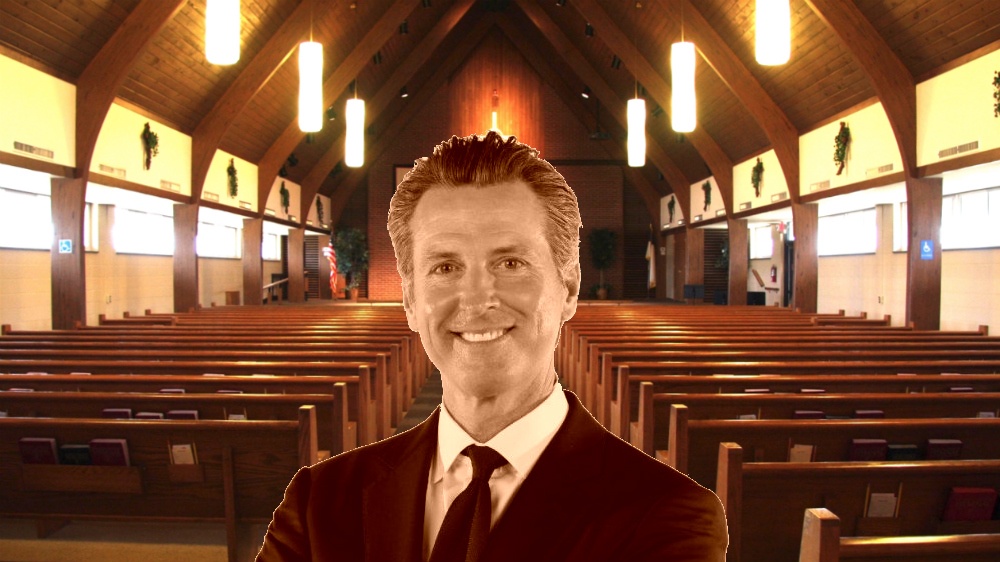 There’s a reason California Governor Gavin Newsom has shut down in-home Bible study in many counties across the state. It’s a reason so nefarious, he may not even consciously realize he’s doing it. His underlying radical progressivism may be fooling him into believing he’s doing the right thing even though it’s pure evil driving him.

This isn’t just about being the woke, super-cautious coronavirus governor he wants to be. It isn’t even about further harming the economy to spin sentiment in favor of Democrats before election day. This is about destroying the fabric of our nation with religious freedom as the cornerstone that keeps this country from falling apart as so many empires that preceded it.

In the latest episode of Non-Compliant America, JD and Tammy discussed this topic in-depth and did everything they could to stop from being angry about it. That’s not to say we shouldn’t get angry, but at this point we are fighting a very heated battle that requires strategy more than pure emotion if we plan on winning in the end. Thankfully, there are churches in California already fighting back.

To deconstruct this nation and attempt to rebuild it in their neo-Marxist image, radical progressives like Gavin Newsom realize they must take out the church to achieve their goals. We have to stand up to them before it’s too late.