It’s a trap! Portland is a test case of the radical left’s plans for America

Neo-Marxists have a plan. To achieve their goals, they need to quickly destroy America so they can rebuild it in their image. The revolution is starting in Portland as we speak. 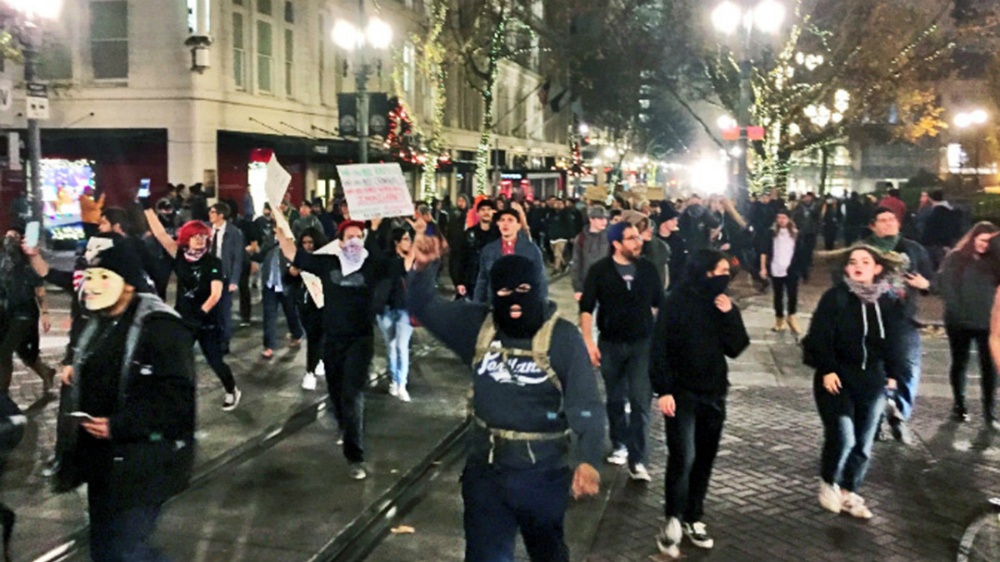 I’ve said it before. I’ll say it again. Hopefully, enough patriotic Americans will heed this warning and I won’t have to say it for very much longer. Portland is the launching point of the next stage of the Neo-Marxist revolution and it’s in the process of taking off right now. The riots, burning, and looting that we’re seeing every night for seven weeks in Portland are very different from what we saw following the George Floyd murder. These are even better organized and they’re designed as a test case to see how well they can draw out the government to respond.

This is how revolutions start. If you thought another civil war or internal revolution could never happen in the United States, don’t tell the radical leftists in Antifa black bloc, Black Lives Matter, or their puppetmasters because they won’t believe it. In their hearts, they see revolution as a forgone conclusion. It’s just a matter of when and where it starts, and their mightiest attempt thus far is happening every night in Portland.

Their short-term goal is to prompt enough recorded responses by law enforcement, particularly federal law enforcement since city and state law enforcement has been neutered by stand down orders from Mayor Ted Wheeler and Governor Kate Brown. Whatever they can capture on video, whether it’s the man getting shot in the head with a rubber bullet last week or the “secret police” grabbing random “protesters” off the streets, every viral video brings them closer to rallying their supporters across the nation to believe the revolution has begun.

It’s conspicuous that the prelude to any of these acts of aggression by law enforcement is never released. Mainstream media is all over the video of the man being taken by so-called “unknown” federal officers and put into a van, but his attacks just prior that prompted the arrest are conspicuously missing from the coverage.

Right now, everything is stacked against us. Mainstream media, Democrats, social media, and every method of mass information dissemination is spreading the lies. The propaganda machine is painting the responses to anarchy as bad while ignoring the wanton destruction and misery being spread by the anarcho-communists. Every night, news reports paint the violent rioters as “protesters.” They are given a free pass to seem as innocent as possible despite their ongoing dangerous criminal activities.

It is incumbent on patriots across this nation to start spreading the word louder than ever before. We have to get the truth of this mess out to as many people as possible because if we don’t, they are going to destroy this nation. You can start by subscribing to and sharing this podcast from Apple Podcasts or wherever you enjoy podcasts. You can share this story or videos from our YouTube channel and Facebook page. You can simply talk to your friends and relatives about the truth. We cannot rely on media to tell the whole story. We must depend on each other to get the word out.

It is not hyperbole to say this is an existential threat to this nation. Don’t treat this like the George Floyd riots. This is meticulously planned, spreading rapidly, and working like clockwork. Only we can make the madness end.