No Result
View All Result
Home Politics State and Local

This interview with Mike Netter gives us hope that the horrible Governor of California might face an early end to his reign. 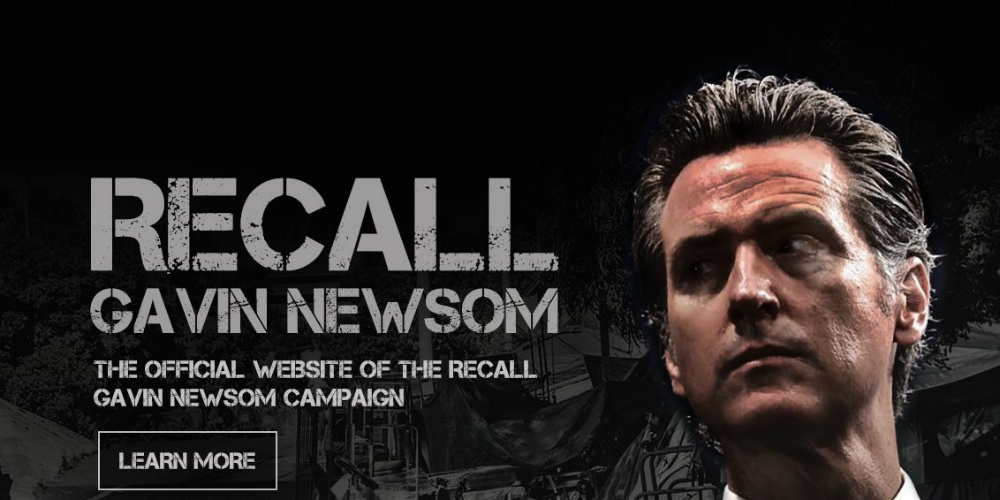 California Governor Gavin Newsom has been an unmitigated disaster for California. He had two recall efforts against him BEFORE the coronavirus crisis hit this nation, and how he’s handled the crisis as well as the plethora of issues facing the state in 2020 have prompted a third and arguably more organized effort to bring him to an early ballot.

Today on the NOQ Report Podcast, we interviewed Mike Netter, a proponent for this new effort to get nearly 1.5 million signatures before November 18 for a recall election. Netter joined our EIC JD Rucker to discuss the Governor, his leadership or lack thereof, and why this third try is the one that has a real chance of succeeding. Concerned California citizens as well as out-of-state interested parties can learn more at RecallGavin2020.com.

One of the most glaring concerns about Newsom came with his draconian mandates over the state during the COVID-19 pandemic. He seems bent on destroying the state’s economy and causing widespread destitution over a disease that has been mostly underwhelming. Outside of mainstream media and their attempts to use the coronavirus to take down President Trump, Americans are waking up to the reality that this disease is a killer to the elderly and those with serious underlying health conditions, but it’s not the existential threat Newsom and others have been painting it as. Otherwise healthy workers and business owners are finding out the hard way that authoritarians like Newsom will take advantage of fear to achieve their political goals.

Netter highlighted several other reasons this effort will work while the previous two efforts failed. Their focus is on empowering the people with full attention on the recall efforts. Past efforts were attached to other political campaigns which hampered their abilities to gather the necessary signatures. The third try seems to be the charm, not only because of more anger towards Newsom but also because lessons have been learned from past attempts.

Money is important with any effort, but it’s the people who have the greatest ability to spread the message and get the signatures. For the price of a printed sheet of paper and postage, California citizens can make an impact. That’s not to say donations aren’t necessary; getting the word out is much easier when word-of-mouth is enhanced by paid campaigns. But reliance on donations was a mistake of past efforts. This effort is focusing on the people, and right now the people are anxious for a change.

The coronavirus has brought misery to tens of millions of Americans. It has exposed radical progressives like Gavin Newsom as the tyrants they are. #RecallGavin2020 is gaining the momentum necessary to remove him from office.

There is a growing divide between leftists and liberals. STOP uniting them as the same thing.