There are many reasons to avoid a single-source story, and two extremely good reasons to take it seriously. 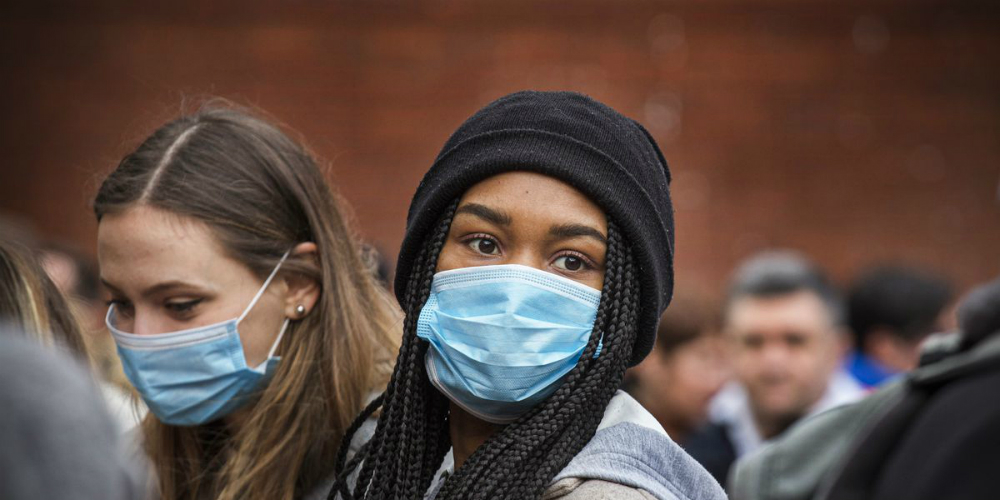 When this story came across my desk a couple of days ago, I was intrigued. It’s a bombshell. The challenge came in corroboration. Single source stories often turn out to be fake news. With so much of that in circulation already, I was hesitant to run the story until I could get something, anything that demonstrated this on-the-record statement by a Managing Partner at 13 Texas emergency clinics was legitimate. After two day, I gave up on looking.

Then, I decided to go with the story anyway.

There are two reasons for this. The first is the journalist who first published the statement on his Twitter account. Alex Berenson is generally considered to be above journalistic reproach. The award-winning former New York Times reporter isn’t known to run with stories without checking out his sources first, so I assumed “JB Neiman” is a real person who is what he or she claims to be. Berenson is the go-to reporter for those exposing healthcare industry misrepresentations of the coronavirus. Second, the storyline detailed in the statement matches perfectly with other anecdotal accounts that have been quietly circulating among healthcare professionals. They’re seeing it, and most aren’t saying anything about it for fear of retribution. After all, coronavirus is big business.

In June, we tested over 2,231 patients (data through last Thursday). Positive rate is now close to 20% (was 4-6% in May). Vast majority of the cases are mild to very mild symptoms. Average age of the people getting tested in mid-30s.

Very different patient (in terms of age) than we’ve seen before June. Most of these patients would not have met criteria that we previously had (and all the health facilities had) for Covid testing. Now with more testing kits we are able to test a broader group of patients.

Clinically, we’ve had very few hospital transfers because of Covid. Vast majority of the patients are better within 2-3 days of the visit and most would be described as having a cold (a mild one at that) or the symptoms related to allergies. We’ve often provided a steroid shot and some antibiotics. By the time we have follow-up calls, most of the patients are no longer experiencing any symptoms. They often say the shot really made a difference.

In terms of what is driving them to the ER — Roughly 1/2 have been told by their employers to get a test. They have a sneeze or a cough and their employer tells them to go get tested. The other 1/2 just want to know. They have mild symptoms (and some don’t have any symptoms but game the system and check a box that they have a symptom so they can get a test — they cannot get a test unless they present with symptoms. If they have no symptoms we send them away — which does happen.)

The average length of stay of Covid patients is 3-5 days. Much lower than the patients being seen in April and early May. Their symptoms are also milder. Most of the patients are not ending up in the ICU. The hospital ICUs are filled with really sick people with non-Covid issues. They [didn’t] come in earlier because they were scared and now they are super sick. From multiple sources at different hospitals — they have plenty of capacity and no shortage of acute care beds.

No real data on breakdown of patients who have Covid but are not in the hospital because of Covid. Recognition that because all patients are tested for Covid you have some percentage of patients listed as Covid patients who are non Covid symptomatic and that the hospitalization rate is somewhat driven by hospitals taking their normal patients with other medical issues.

Finally, heard several stories of how discharge planners are being pressured to put Covid as primary diagnosis — as that pays significantly better. Hospitals want to avoid the discussion but if they don’t they risk another shutdown. This may be an explanation for why there is a gap in hospital executives saying they have plenty of capacity and the increasing number of Covid hospitalizations. You open up your hospitals for normal medical care and you test everyone of those patients — the result is higher percentage of patients who have Covid — now.

Overall, based on what we are seeing at our facilities, the above information is really a positive story. You have more people testing positive with really minimal symptoms. This means that the fatality rate is less than commonly reported.

In the latest episode of the NOQ Report Podcast, we break down this statement. Some of the important takeaways for those who don’t want to listen to it are these:

We will continue to pursue information on Neiman and others willing to speak out and tell the truth. We chose to respect journalistic privacy and not reach out to Berenson for details about his source. Besides, considering the risk his source is taking, it’s highly unlikely Berenson would have shared information other than what has been posted publicly.

Coronavirus is big business for many in the healthcare and political industries. This bombshell report makes perfect sense from that perspective, explaining why such accounts are suppressed by mainstream media. There’s so much they’re not telling us.

Benjamin Netanyahu Warns Iran, in Outgoing Speech to Knesset: ‘We’ll Be Back — Soon’

What Happens if the Election Audits Go Trump’s Way?