As Senator Paul asked, "when are we going to tell the people the truth?" 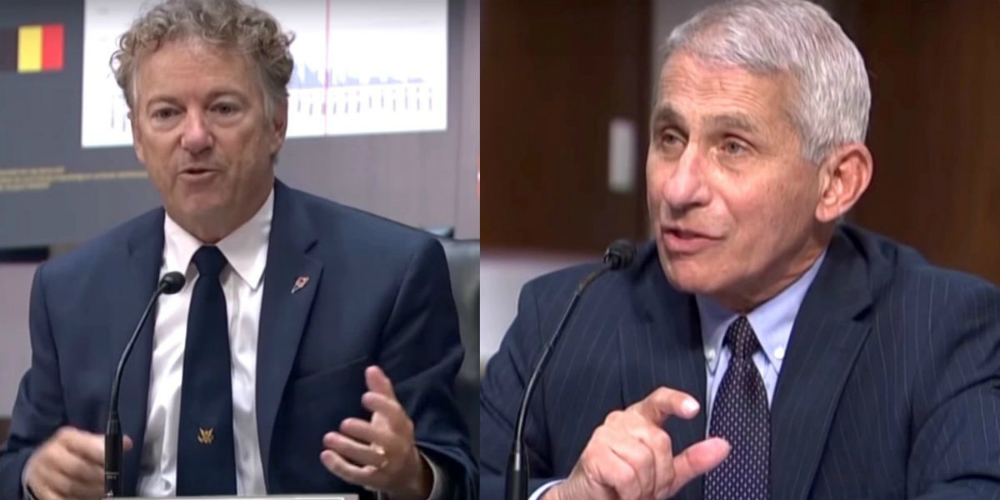 Dr. Anthony Fauci is believed to be leading most of the coronavirus policy in the United States, including how local leaders at the city and state level handle things. They look to their own experts as well, but few if any are willing to contradict what Fauci says. When they do, they tend to no long get the calls from governors or mayors in states like California, Oregon, and New York.

But one doctor in particular seems more than willing to contradict Fauci’s fearmongering. Senator Rand Paul, who happens to also be a doctor, asks the hard questions and often makes the strong recommendations to go against the CDC’s and Fauci’s narrative. He did so again today during a hearing before the Senate in which Fauci proclaimed more doom and gloom upon the nation. In particular, Paul called out Fauci’s weak guidelines on opening up schools. By Fauci’s reckoning, opening up schools is too dangerous despite the fact that children have very low transmission rates. Moreover, they have an infinitesimal mortality rate from the coronavirus.

“When are we going to tell the people the truth, that it’s okay to take their kids back to school?” Paul asked Fauci during the hearing.

Rand Paul: "When are we going to tell the people the truth — that it's okay to take their kids back to school." pic.twitter.com/vejpNwZd2X

On today’s episode of the NOQ Report Podcast, JD and Tammy discussed the lies being told by people like Fauci, most Democrats, and nearly all of mainstream media about the so-called “surge.” Increased testing seems to be the most likely “cause” of the surge, and this is backed up by the fact that every indicator says coronavirus deaths are going down. Tuesdays like today are the bellwether as they are generally the day in which the highest number of deaths are reported. Since April 21, the number of coronavirus deaths has dropped every Tuesday.

The important number to watch pertaining to the coronavirus is the death rate. As the CDC noted, there are many times more people infected than cases known. But if death rates continue to decline, that’s the sign we need to keep opening up the economy.