To say it's rare that we give Chris Hayes kudos is an understatement, but this time he seems to be leaning in the right direction for obvious reasons. 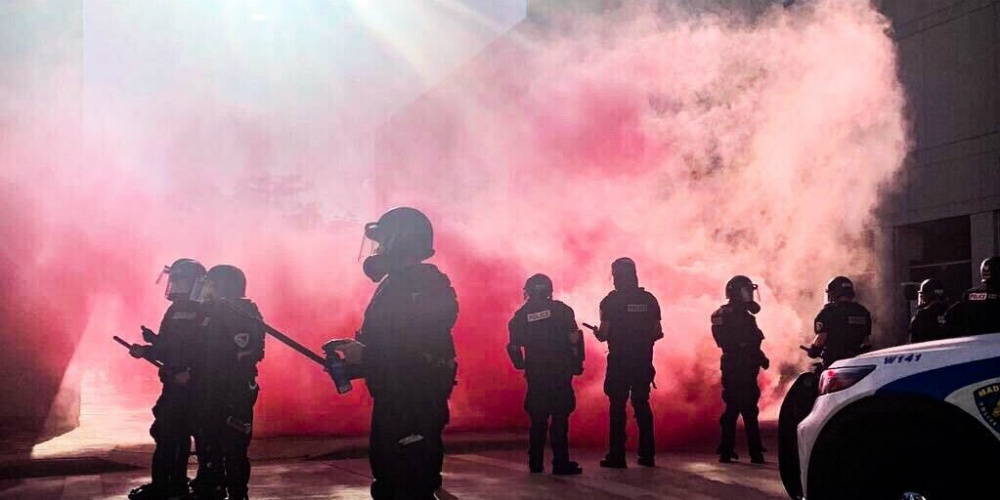 When the radical left starts losing mainstream media journalists like Chris Hayes, their narrative has gone completely off the rails. Such is the case for Black Lives Matter, Antifa, and anyone else involved in the multiple incidents that happened during the Madison, Wisconsin “protests” Tuesday night.

So the Madison crowd last night: knocked over the statue of an abolitionist immigrant who died fighting for the union, a statue commemorating women's suffrage and beat up a 60 year old state senator and left him lying on the ground.https://t.co/ZAQqZySAUe

According to the Washington Post story that Hayes linked to:

State Sen. Tim Carpenter (D-Milwaukee) told the Milwaukee Journal Sentinel that he had been heading to the State Capitol to work late Tuesday when he stopped to snap a photo of the protesters.

“I don’t know what happened … all I did was stop and take a picture … and the next thing I’m getting five-six punches, getting kicked in the head,” said Carpenter, 60.

In a message to The Washington Post, Carpenter said he may have a concussion and fractured nose in addition to a bruised eye and sore ribs and back.

“This has got to stop before someone gets killed,” he wrote. “Sad thing I’m on their side for peaceful demonstrations — am a Gay Progressive Dem Senator served 36 years in the legislature.”

This episode of Conservative News Briefs also happens to appear in the NOQ Report podcast episode. The story was good enough that it was posted twice, in whole hear and as a segment on the other show.

The took down a statue celebrating an immigrant abolitionist who died fighting for the North in the Civil War, a monument celebrating women’s suffrage, and then beat a gay progressive Democratic lawmaker. The “protesters” hate everyone.