Yes, the fireworks are part of the evil plan to destroy America

Reports that these are random, prompted by Independence Day celebrations canceled, and promoted by rock-bottom prices are all false narratives. 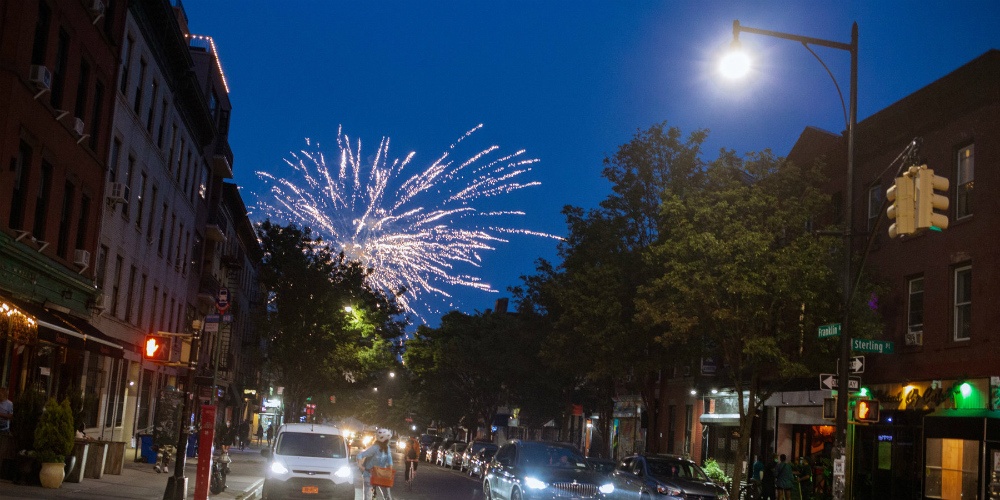 2020 is going to turn me into a conspiracy theorist. The difference between me and your standard flat-earther is that I’m a skeptic at heart who doesn’t see conspiracies driving everything. At least I didn’t until this year. Now, my mind has essentially been changed. There are major conspiracies afoot that are causing the chaos and anarchy rampant across this nation. And yes, the recent string of massive illegal fireworks “randomly” popping up in over a dozen cities at the same time is part of it.

A Twitter “event” titled “Reports of a fireworks surge in several cities prompt various theories” could have been a classic CIA coverup campaign if the CIA was behind all of this, but they’re not. At least I assume it’s not the CIA, but whoever it is has a similar level of sophistication and funding, so who knows? One thing is certain: The narrative handed out conveniently to multiple mainstream media outlets only make sense on the surface. Just a little digging reveals how ludicrous it all is. I’ll discuss what I found a bit below, but the full commentary on the plan is on the latest episode of the NOQ Report Podcast.

They’re saying that the combination of coronavirus cancellations of Independence Day festivities and super-low prices for professional-grade fireworks is behind this seemingly coordinated effort. You can read or hear about this excuse on multiple outlets, but one thing is distinctly missing from all of them. They didn’t actually look at prices or check to see how hundreds of thousands of dollars worth of fireworks were allegedly purchased simultaneously by multiple Black Lives Matter and Antifa groups around the country. We looked at the prices and compared them to past years using archive.org. Nope, the pricing isn’t different. It’s actually quite conspicuous how little the prices have changed.

For example, we looked at Superior Fireworks, one of the largest wholesale distributors online. We compared their website today to how it was on archive.org one year ago. The prices were exactly the same. Below are screenshots from the two homepages, the first from right now and the second from this time in 2019.

There has been a 4000% increase in fireworks noise complaints year-over-year in New York City alone. These are happening overnight, of course, and all starting over the last couple of weeks across multiple cities. This is not random. This is unambiguously coordinated.

Most notably, these aren’t cheap fireworks. Even if there are local outlets in dozens of cities discounting them greatly, we’re talking about serious fireworks here. Discounted, they would still be worth tens or even hundreds of thousands of dollars per night, per city. And yet, it seems to be “kids” doing it, kids who happen to be suspiciously similar in appearance and groupings to Antifa and Black Lives Matter.

@deray @SonofBaldwin @_pem_pem Major uptick in fireworks near Lake Merritt in Oakland since Memorial Day. Non-stop from 8 pm to 2 am on Friday (see video). Same on Saturday. It's 10 pm on Sunday and they're going off right now. Much better and louder than ordinary consumer stuff. pic.twitter.com/XHhaa93Dzg

Nonstop for hours, night after night. How can anyone afford THIS MANY professional grade fireworks. This is suspect af! #oakland #oaklandprotest #FireworksTrauma pic.twitter.com/LTeqlxxu4d

shooting fireworks nonstop (this is what I see from the window when I go to bed)… pic.twitter.com/JsdwXNNESY

So, what’s the plan? If this is a coordinated effort by the elite Cultural Marxists I talked about the other day, then why are they doing this? At the very least, this contributes to the general anger spreading across the nation. Taking people who are already on-edge and depriving them of sleep is a formula for continued unrest. If that’s the only aspect of the plan, then we’re lucky. Sadly, I don’t think we’re lucky.

We’ve already seen instances of fireworks being used as weapons. Reports are being stifled about injuries and property damage, but we’ve seen multiple instances on social media of people being attacked by these fireworks.

Hey @BilldeBlasio, get a handle on this or get the heck out of the way. Your city was once proud, a beacon of patriotism and American values. Rudy and yes, even Bloomberg, had NYC humming as the greatest city on earth.

You've failed. Move out of the way so someone can fix this. https://t.co/CMHk6uitdO

The part that concerns me the most is the conditioning this is doing to both citizens and law enforcement ahead of potential real attacks planned. I speculated a couple of weeks ago that bombings may be part of the next stage for the anarcho-communists and Cultural Marxists trying to destroy this nation. If the bombings are preceded by extended, constant, and ubiquitous fireworks, it will add dramatically to the turmoil domestic terrorist bombings would have on this nation.

We must take this seriously, folks. The mainstream media narrative is demonstrably false. This is coordinated and well-funded. We need to recognize the plan and act against the fireworks as well as whatever the fireworks are preceding.

NBC's Andrea Mitchell after protester tried to attack her: 'Where's the police when you need them?'