Lindsey Graham is more wrong than usual, this time about worker visas

The long-time Senator should be top of the list of Republicans to replace with conservatives as soon as possible. 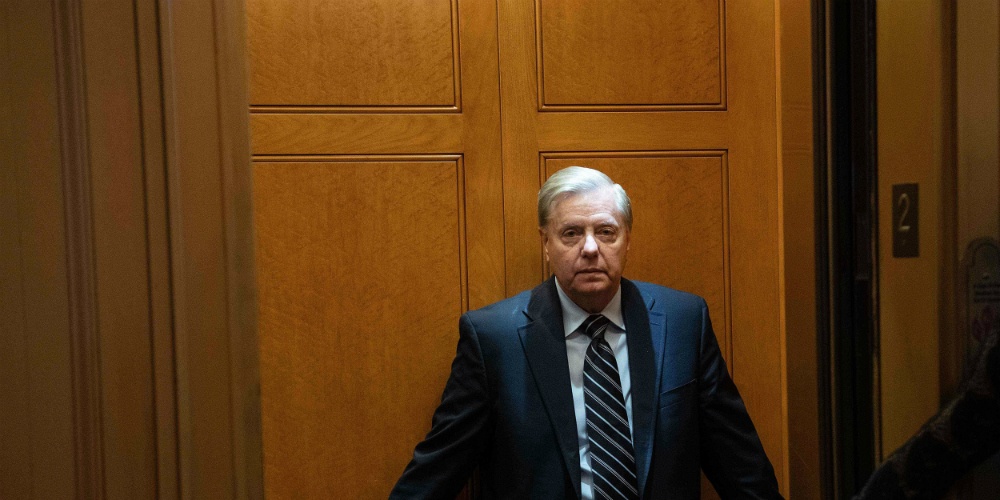 Senator Lindsey Graham has spent the better part of the last three years bouncing back and forth between being an establishment hack and a strong conservative. This may make some people laugh and wonder, “When has Graham ever been a strong conservative,” but in reality he has had his moments. They’re few and far between, but his latest complaint against President Trump’s policies should eliminate any minuscule idea that he may not be a total RINO hack.

As our EIC, JD Rucker, noted in the latest “Rucker Report,” Graham’s stance on foreign worker visas is miles away from reality. He’s making a play to appeal to the benefits of worker visas without taking into consideration that his arguments are designed for times of financial strength. When in recovery mode, as we find ourselves in today as a result of the coronavirus lockdowns, there are plenty of American citizens to fill any and all jobs that come available.

Legal immigration is a positive for the American economy, and visa programs allowing American companies to secure qualified, legal labor throughout the world have benefitted economic growth in the United States.

Work visas for temporary and seasonal jobs covering industries like hospitality, forestry, and many economic sectors can only be issued AFTER American workers have had a chance to fill the job position.

Unfortunately, I fear the President’s decision today to temporarily shut down these programs will create a drag on our economic recovery.

Like all Americans, I want to recreate the strong economy we had before coronavirus. The policies which created that economy should be utilized today.

This decision, in my view, will have a chilling effect on our economic recovery at a time we should be doing all we can to restore the economy.

The Senator was dragged so hard in the comments, there’s no need to post replies here. You can probably imagine that everyone from conservatives to far-left Democrats were after him for his mixed message of defeatism. One thing is certain: He won’t be able to sell this view to anyone who believes in America first regardless of whether we’re in an economic recovery period or not.

Occasionally, Lindsey Graham does things that put himself in positive lights with conservatives. We must remember that he’s just a slicker version of a standard neoconservative RINO. His stance on foreign visas is idiotic.

Yes, the fireworks are part of the evil plan to destroy America