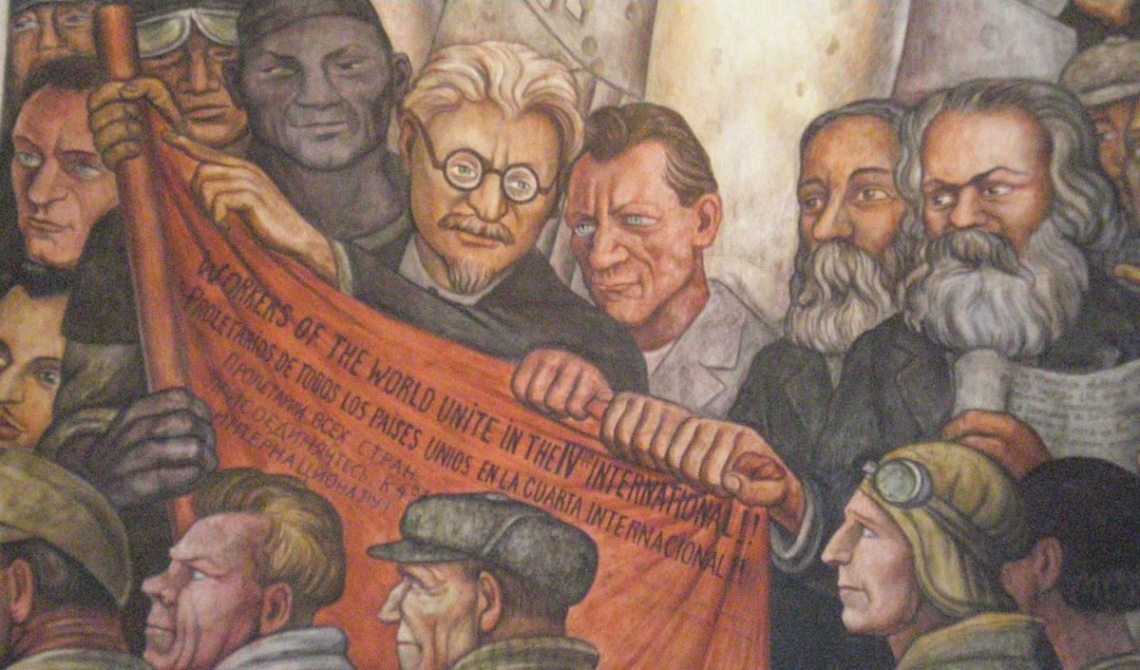 It’s clear to anyone paying attention that the major challenges we’re facing as a nation in 2020 are completely different from anything we’ve faced in decades, perhaps ever. And unlike past challenges with riots and lockdowns, these are not being driven by legitimate grievances. It seems that a small group of vocal “activists” have been able to cause so much turmoil, nearly every American has been affected in some way. The nation seems, for lack of a better term, broken.

There are accusations being thrown around by patriotic conservatives and lucid moderates about the root cause. Many are claiming this all falls on the shoulders of the elected Democrats across the nation, but that’s not the case. They’re not in control. They’re pawns being pulled along by the ideological horses to which they latched their wagons years ago. The party that once focused on workers and Big Labor detached their wagons from those horses around the time Barack Obama became president, opting instead to latch onto identity politics to pull them forward. This served them well for years, but now that identity politics has been taken over by Black Lives Matter and Antifa, among others, Democrats like Nancy Pelosi and Chuck Schumer are no longer in control. It’s the radicals like Alexandria Ocasio-Cortez and Ilhan Omar who are the party’s new ideological leaders, but even they are simply higher-ranking pawns.

We can look to academia to get closer to the root cause. They don’t have the clout to make this all happen, but it’s conspicuous that the radical progressives in academia are seeing their visions manifesting in American society. Someone else is delivering the clout to them, but it’s their ideas that are coming forward. From here, I won’t even speculate about the origins of the clout behind the Cultural Marxism developed by the Frankfort School. Determining whether it’s George Soros, Bill Gates, Justice Democrats, China, the New World Order, a combination, or someone else entirely is above my pay grade, but the extremist ideas in American academia are clearly at play today.

In this episode of the NOQ Report Podcast, I exposed critical theory and its manifestation in modern America society as the true root cause of what’s happening today. I also discussed the goals at each level, from the anarcho-communism craved by many of the foot soldiers in the movement to the true anarchy that will follow if they’re not stopped. I discussed how this leads to forced authoritarianism that the Cultural Marxists hope to precede the emergence of radical leaders who will drive us towards actual communism, or worse, an uglier variation of it.

The plans of the Cultural Marxists at the top come down to three big lies. First, they have the lie of authority in which they turn people against the leaders. They say all police and the justice system in general is corrupt. They say President Trump and the GOP are the problem despite unprecedented prosperity across the board in America. They need to lie to get their foot soldiers fired up.

The second lie is the lie of action. They tell their group that to achieve their goals, they need to riot, loot, tear down monuments, form autonomous zones, and act out in ways that lead towards governments at every level promoting further authoritarianism. They don’t tell their foot soldiers that they’re supposed to be quashed in the middle stages of the plan, but that’s exactly what’s happening.

The last lie is the lie of results. The people in their movement are told this is all going to lead to revolution. They’re not told that they’re going to get put down by authoritarian measures, and that these measures are the true goal of the Cultural Marxists who need that precedent in order to allow for the real end goal of authoritarian communism, which is very different from the anarcho-communism the foot soldiers believe they’re producing.

All of this should sound familiar as it’s the same gameplan used long before Karl Marx was even born. It’s a gameplan that has always used deception as a means to achieve very nefarious goals. To see where this originated, we simply need to read the third chapter of the Book of Genesis to see the first use of the lie of authority, the lie of action, and the lie of results:

And he said unto the woman, Yea, hath God said, Ye shall not eat of every tree of the garden?

2 And the woman said unto the serpent, We may eat of the fruit of the trees of the garden:

3 But of the fruit of the tree which is in the midst of the garden, God hath said, Ye shall not eat of it, neither shall ye touch it, lest ye die.

4 And the serpent said unto the woman, Ye shall not surely die:

5 For God doth know that in the day ye eat thereof, then your eyes shall be opened, and ye shall be as gods, knowing good and evil.

6 And when the woman saw that the tree was good for food, and that it was pleasant to the eyes, and a tree to be desired to make one wise, she took of the fruit thereof, and did eat, and gave also unto her husband with her; and he did eat.

The Cultural Marxists driving this anarchy have plans that go much further than riots and taking down monuments. They have a vision of America that essentially doesn’t include America itself. This is my most important podcast to date.