This was done for the right reasons but it was the wrong response. 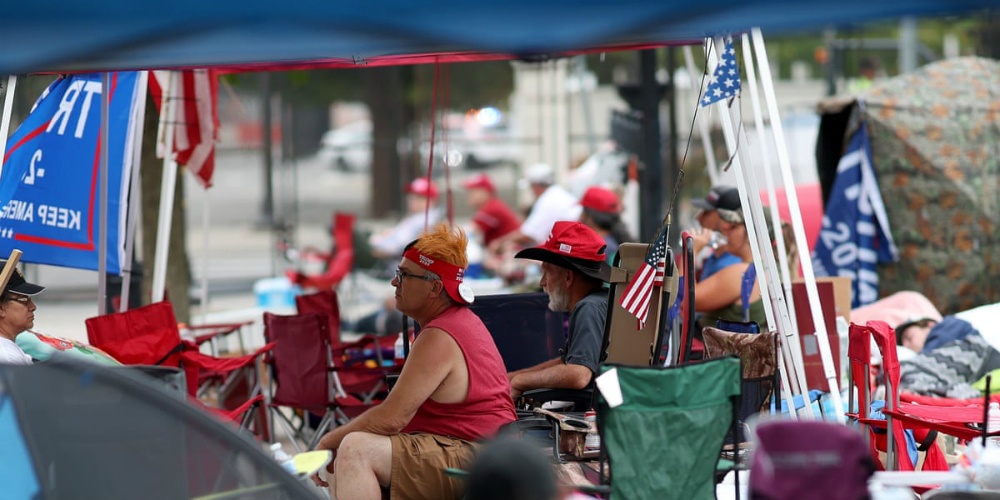 Update: President Trump talked to Mayor Bynum. There is no curfew tonight or tomorrow.

I just spoke to the highly respected Mayor of Tulsa, G.T. Bynum, who informed me there will be no curfew tonight or tomorrow for our many supporters attending the #MAGA Rally. Enjoy yourselves – thank you to Mayor Bynum! @gtbynum

President Trump’s rally this weekend in Tulsa, Oklahoma, is expected to be an absolute spectacle. Nearly one million people have signed up to be in a venue that holds 18,000 and a street area that can probably squeeze another 100,000 in. Needless to say, many have taken to tents and coolers in order to camp out ahead of the event with many getting there as early as last Saturday.

Last night, Mayor GT Bynum issued a curfew on the area surrounding the BOK Center where the event will be held. This rankled those who have been trying to get a good seat at the event (or a seat at all) by camping out ahead of time. But this wasn’t a move against President Trump or his supporters, as many have been saying. With the chances of Antifa or other domestic terrorist groups trying to cause mayhem or even commit acts of violence, the Mayor decided the best way to keep people safe was to clear out the area until the day of the event.

It was a terrible move. It signals to these domestic terrorists that they can disrupt the activities of patriotic Trump supporters simply by being a threat. The riots and terrorism aren’t new. The Mayor should have known something like this would have been needed and acted accordingly a week ago by announcing the area would not be available at night, saving those who were trying to camp out there a lot of wasted time and energy. Better yet, he shouldn’t have shut the area down at all.

In the latest episode of the NOQ Report Podcast, I talked to Tammy about why this is a bad move. It’s tantamount to negotiating with terrorists. Instead of locking things down, he should have received help from as much law enforcement as possible. If anything, this is a golden opportunity, a trap for the anarcho-communists who want to disrupt it. The Trump campaign should have been asked to hire additional security. But no matter what, shutting down patriots because of domestic terrorists is a cowardly move this Republican mayor should have avoided at all costs.

We must not live in fear of the terrorists, especially when there are patriotic Americans ready and willing to support law enforcement and keep the streets safe. This isn’t Portland. It’s not Seattle. This is Tulsa, and they should have done better than impose a curfew.

As UN defends Antifa, NOT defunding them would be suicide