Democrats pretend everything is peachy keen in Seattle. It’s not. 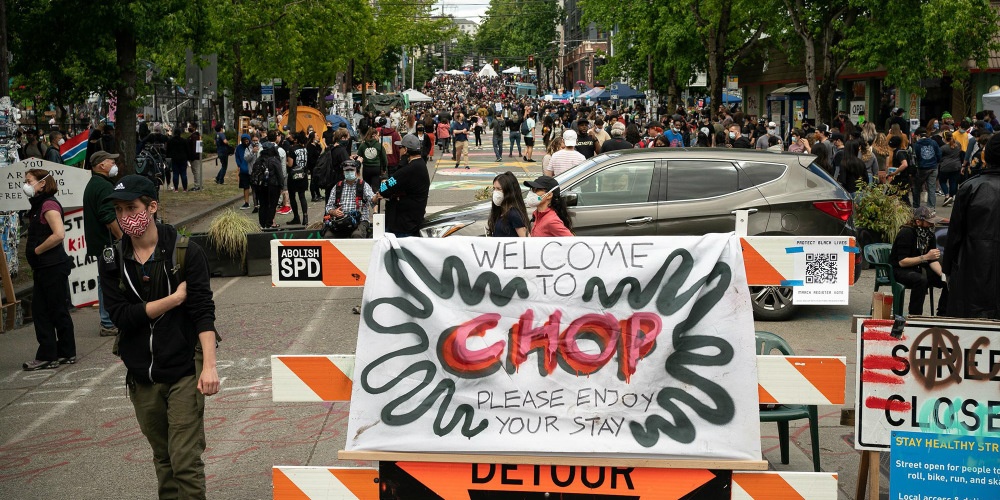 What’s happening in Seattle with “CHAZ,” the Capitol Hill Autonomous Zone? Or is it “CHOP,” Capitol Hill Occupied Protest? There’s a bit of confusion there. In fact, there’s even confusion with what CHOP actually stands for, as some say it’s “Organized” instead of “Occupied.”

That’s a microcosm of the confusion that’s happening in a six block area of Seattle surrounding the East Precinct. Nobody seems to know for sure what’s happening, why it’s happening, and how long it can last. In the latest episode of the Rucker Report, JD explores these questions and brings to light the fact that both Democrats and mainstream media seem to be doing everything they can to prevent proper reporting on the situation.

Democrats are pretending to want CHAZ (or CHOP) to work, especially local politicians. Some are being sincere in their radical goals. Others are simply playing along and hoping it all ends without incident. At this point, that seems unlikely.