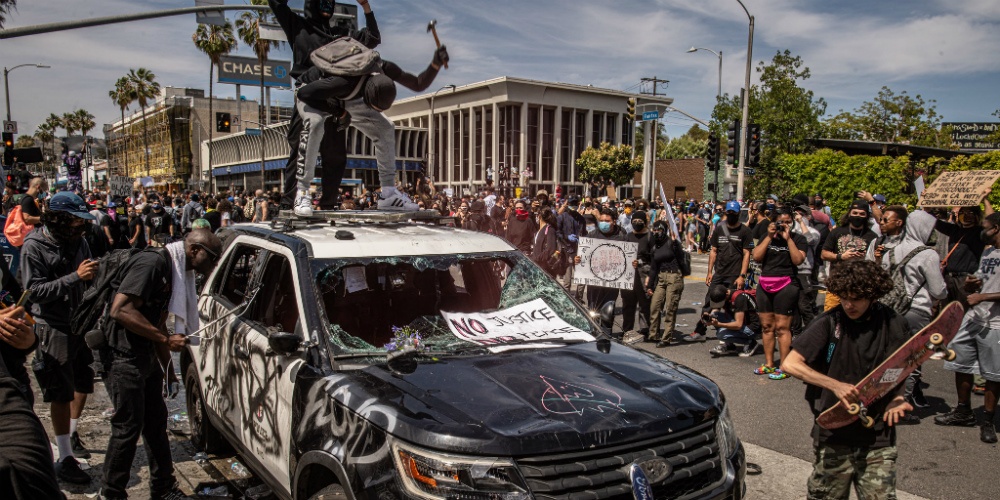 Let’s Talk Right Now is a daily show hosted by Jeff Dornik, providing a quick break-down of the news that you need to know about. Here are the stories featured in today’s episode:

Buzzfeed recently posted an article entitled “How the Antifa Fantasy Spread in Small Towns Across the US”. In this article, the author downplays the role of Antifa in the Black Lives Matter “protests”, going so far as to even claiming that they were non-existent. The argument was also made that Antifa isn’t really a violent organization, claiming that they stand against fascism, authoritarianism and white supremacy, only using violence as a last resort.

There are many problems with this article. One of the glaring issues is the ignorance of Andy Ngo’s extensive research exposing just how violent and anarchist Antifa truly are, as well as the recent undercover expose from Project Veritas showing the inside of this Domestic Terrorist organization.

The other glaring problem is the utter hypocrisy. Think about it: The mainstream narrative is that the Black Lives Matter protests are peaceful until the “outside agitators” (Antifa) come in and incite the violence, rioting and looting. However, with this Buzzfeed article, they are making the point that Antifa is just a bogeyman of the right, fueled by Qanon. So if Antifa isn’t inciting the violence, then following their logic, the violence, looting and rioting must be exclusively at the hands of BLM. The funny thing is, they don’t even realize the point that they are actually making with articles like this!

How The Antifa Fantasy Spread In Small Towns Across The US

“Heads up,” a man named Wayne Ebersole, who owns a local cover crop business, wrote. “Rumor has it that Antifa has scheduled a protest in Great Falls Friday evening at 5 p.m. in front of the Civic Center.” He asked the group if anyone had any more information, or if anyone was available to “protect businesses.”

The next story is an article posted over at GateKeepers Online by Mychal Massie, in which he states that he’s sick of hearing that Black Lives Matter. According to Mychal, black lives don’t matter to the left until it’s a black man getting killed by the police. When it’s black-on-black gang violence, no one cares. When it’s a black cop getting killed by the rioters, no one cares. When it’s black babies getting murdered by Planned Parenthood, no one cares. It’s only when it’s one of the few times a year a black man is killed by a police officer do Black Lives Matter.

I’m sick of hearing how black lives matter. Black lives matter is a Stalinist domestic terrorist group comprised of bigots, racists, anarchists, and terrorists with three things in common: 1) They all hate America; 2) They’re funded by taxpayer money and Soros money; 3) They’re all going to hell when they die, if they do not confess their sins, repent and turn from them and accept Jesus Christ as their Savior.

The factual truth is that lives do not matter be they black, white, grey or chartreuse, until a black person dies during a confrontation with white police officers.

Then, finally, the last story we covered was JD Rucker’s article posted on the NOQ Report about how we must not allow a second round of coronavirus lockdowns to materialize. As more states are coming out of their lockdowns, coupled with the George Floyd riots, we are almost certain to experience a second wave of COVID-19 cases, which will lead to many progressive governors reinstating shelter-in-place orders. As conservatives, we have to push back against this kind of thinking, fight to keep our nation open and protect our Constitutional Rights.

Listen to the Podcast or watch the Video below: