Defunding police goes against literally everything the left claims to want 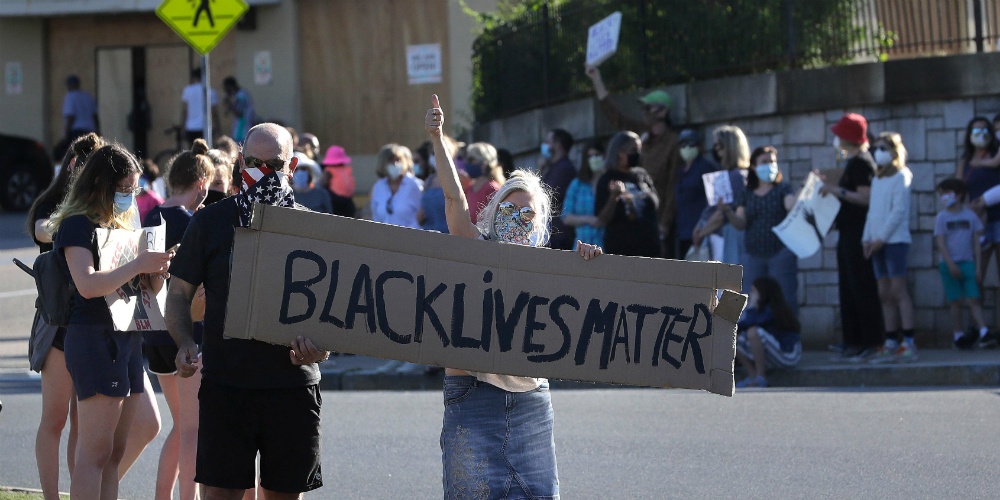 It is exceedingly rare that I would ever call for more spending by government on, well, anything. Government spending needs to drop across the board. But since the topic of the day is defunding or even disbanding police departments across the country, it’s important to note what the effects of such moves would be. Most importantly, we must consider the stark reality that doing so will go AGAINST the stated goals by Black Lives Matters and activists who support them.

On the latest episode of the NOQ Report Podcast, we explored four of the primary stated goals by Black Lives Matter and determined whether defunding law enforcement would help or hurt in achieving these goals. You probably already have a good idea of where we’re going with this…

Defunding police goes against everything the left claims to want https://t.co/tb83HVh8zq

There are three things that can contribute to stopping or reducing police brutality. The first is better training. Police officers need to be shown what they can and cannot do as well as when to do those things. Second, they need better resources. That can come in the form of more police officers available or it can come with improved technology. Third, they need more accountability, with mandatory body cams across the cities, states, and nation.

Unfortunately for Black Lives Matter and their false narrative, defunding law enforcement actually makes it harder to accomplish any of the three things that would reduce police brutality.

This is a no-brainer and shouldn’t need to be said, but for some reason it apparently does. With Minneapolis City Council announcing they intend to disband the police department and other cities across the country working to reduce funding or eliminate the police altogether, it’s clear we need to restate the obvious: A lack of law enforcement will increase crime. Period. PERIOD.

This is an issue the Democrats have been allegedly trying to tackle for years with no success. Will reducing law enforcement’s presence on the streets make racial profiling less pervasive? Absolutely not. Racial profiling is an unfortunate tool. It’s a crutch. It’s a shortcut through which overburdened law enforcement can cut to the chase and go after people they believe have a higher likelihood of being involved in a crime.

Stop and frisk, which was constitutionally abysmal and not something we support, still demonstrated effectiveness. But Black Lives Matter and Democrats aren’t attacking this and other types of racial profiling because they’re unconstitutional. They’re attacking them because they believe they pose more of a threat of arrest for Black and Brown people.

Reducing the budgets of police departments means less cops on the streets. This means they will embark on shortcuts like racial profiling to try to find bad guys. In other words, defunding police will increase racial profiling regardless of what legislation gets enacted to claim otherwise.

This is the ludicrous one. Okay, so they’re all ludicrous, but this is the most ludicrous. For every Black man wrongly killed by law enforcement, there are hundreds, perhaps thousands of Black people who are saved by law enforcement. It’s a shame that George Floyd died under the knee of a bad cop, but that doesn’t mean we need to defund police. Doing so will make African-American (and all other) communities less safe.

We need reforms. We need better training, more accountability, and better resources (though not military resources) for law enforcement across the country. Defunding police will have the opposite effect of BLM’s stated goals. But maybe that’s the point.