A small mob of protesters have co-opted radicals in the city's Democratic Party and worked against their own community. 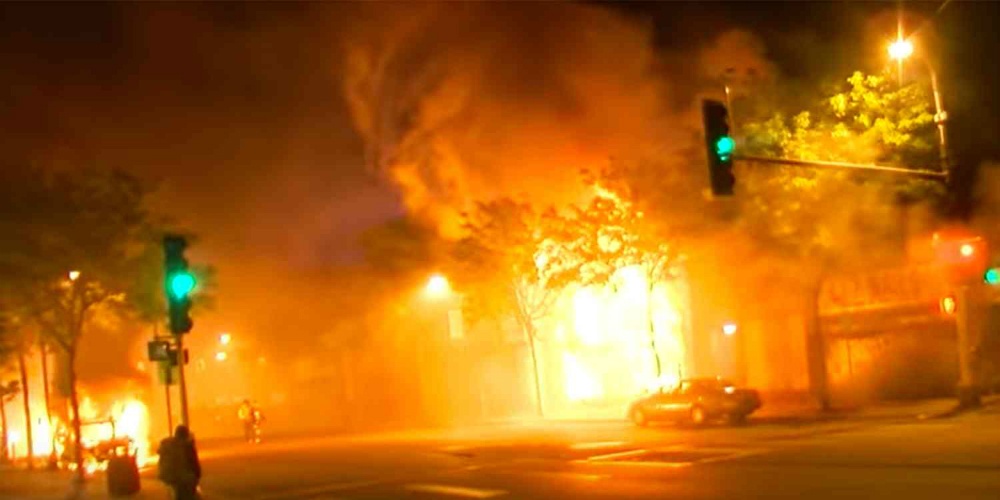 It’s dumb. There’s no other way to put it. News that the Minneapolis City Council overwhelmingly voted to disband the police department has sent shockwaves across the country, but it’s the people of Minneapolis who are most baffled. Even Democrats are scratching their collective heads at this clearly idiotic move, but this is what they voted for even if it’s not what they wanted. They put these radicals in office and they’ve been giving their support to the activists at Black Lives Matter.

Somewhere along the line, the narrative was shifted from one of reform to one of abolishment, and that should concern all of us. This has quickly transformed from being a righteous protest against the killing of George Floyd to a movement bent on deconstructing America. We discussed the radical left’s plans in detail on the latest episode of the NOQ Report Podcast, but in this episode of the Rucker Report I focused solely on this moronic move in Minneapolis.

Even if we set aside the obvious implication that crime is going to go through the roof, there are other things to consider for the people of Minneapolis. Property values are tanking as we speak. Meanwhile, insurance costs are shooting through the roof. This is all based on the news of the move. Once it’s actually in place, there will be economic carnage to go along with rampant crime that follows.

This is all part of the plan. Don’t fall into the trap of believing this is all spontaneously occurring as a result of George Floyd’s murder. The ringleaders for the radical left were simply waiting for the right moment to spring their plan, and between the coronavirus crisis and Floyd’s murder, they saw an opportunity and took a swing. Sadly, they hit the ball and it’s in the process of flying out of the park. It’s incumbent on patriots to stand up, unify, and put an end to this lunacy before it spreads.

We must pray for the law-abiding folks of Minneapolis who are already losing everything. From the coronavirus to the riots, and now with their city’s leadership abandoning them, they need prayers desperately.

Are the coronvirus and the riots the first two seals of Revelation 6?