If Black lives truly mattered to the rioters, they wouldn't be destroying the future of Black communities across the nation. 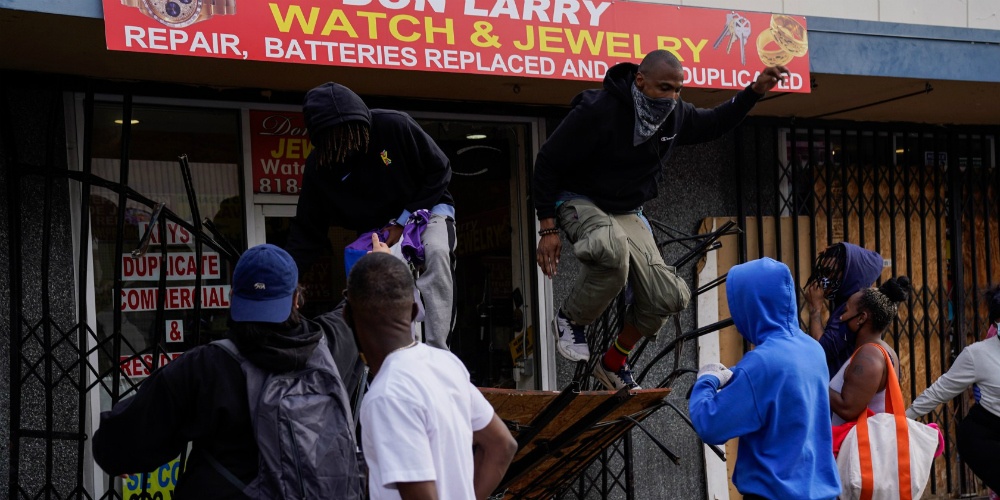 There’s a huge difference between peaceful protesters and those who engage in rioting, looting, and general anarchy. Those who are protesting and ONLY protesting (as compared to those protesting during the day and rioting at night) are generally doing so for a righteous cause and are not harming their communities, present and future. Those who engage in rioting, regardless of where it’s happening, are neither helping their cause or making their communities better.

In fact, they making things much, much worse for a long time for many African-Americans.

On today’s episode of the NOQ Report Podcast, we explored what’s happening with all of these riots and why they’re definitely not doing anything positive for African-Americans… or anyone else. This is selfishness, unfocused aggression, and in many ways pure evil.

Communities and families are being shattered. It isn’t just the businesses and business owners who are being hurt, nor is it just the victims who are in the wrong place at the wrong time, physically and emotionally harmed by the rioters. In many ways it’s the rioters themselves being harmed, arrested, or even pushed into a life of crime from a previous life of lawfulness.

Minority businesses are being decimated. We’ve seen multiple instances on social media of Black and Brown business owners screaming at rioters and the press, wondering why they’re being targeted. Many do not have the means to rebuild. Their only crime was being successful and building something that those who haven’t built anything chose to destroy.

Insurance costs will rise property values will fall in areas hit hardest by the riots. But it’s the poorer communities that will get hit the most because they will not be able to rebuild as quickly as richer areas. Both will take time, but neighborhoods with more money flowing through them will rebuild faster.

There’s a new style and frequency of racism emerging. Many who were not previously racist have seen the carnage or been victimized by it and are now changing their tunes. These riots are dividing the nation to the point that Black vs White race wars are already starting to pop up on technology platforms and in real life.

Only negative changes to law enforcement will come from this. The riots will not bring real reforms. The protests had a chance to make those reforms happen, such as outlawing certain police holds and forcing more adherence to body cameras. In fact, they had an opportunity to shine a light on racial profiling in ways that had never been loudly voiced before. But the riots are forcing MORE of a police state in many areas. The last thing the protesters wanted is for rioters to actually increase police presence.

History will not be kind to the rioters and unfortunately, it will not be kind to the protests that spawned the riots, either. You don’t hear about the people protesting the acquittal of Los Angeles police officers in the Rodney King case, and you won’t hear about the protesters in the George Floyd case, either. In both situations, the rioters have taken all of the historical air out of the room.

The short- and long-term damage to all communities affected by these riots will be great, but nobody is getting hurt worse than African-Americans. The rioters don’t care about Black communities any more than they care about George Floyd’s murder.

Our latest episode of the NOQ Report Podcast...

Steve Carell's Space Force is here and it's underwhelming