Next up for anarchists: Bombs

They started with rioting, turned to looting, shifted to targeting law enforcement with violence, and now they're preparing to unleash bombings in the United States. 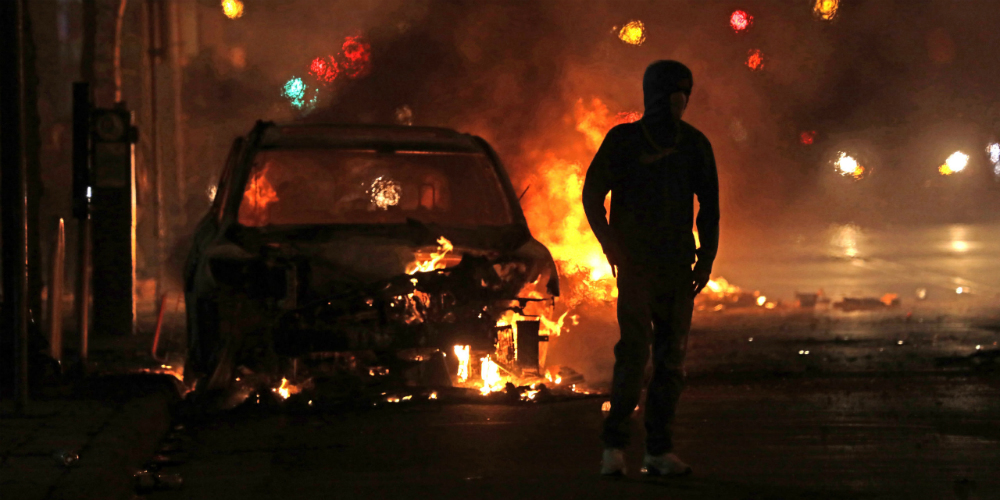 Subscribe to this podcast on Spotify, Apple, Google, or wherever else you listen.

Within a day or two of the start of the riots that have engulfed this nation, it was crystal clear to anyone paying attention that this wasn’t really about George Floyd. At first it seemed akin to the looting that followed the Rodney King verdict in which opportunistic people decided to use the chaos of riots to rob stores. But that was relatively quickly quelled and isolated. This situation has revealed itself to be a full-blown, meticulously planned attempt to initiate anarchy in America.

This isn’t just about Black Lives Matter, though they’re the pawns at the tip of the spear. This isn’t just about Antifa, though they’re the lieutenants at street level instigating the chaos and carrying out the plan. Whoever is in charge from the top, whether that’s George Soros, American Communists, China, or someone else, this is a well-funded engagement that has been planned for a long time, and that should worry us because it isn’t going away soon. This isn’t going to fade. It’s going to get worse before it gets better.

The next phase of this planned terrorism is to introduce bombings into the mix. We’ve seen reports throughout the day of explosives being found in various places around the country. It’s not isolated to an “Illinois man” charged with planned terrorist attacks with explosives. This is widespread and, unfortunately, law enforcement is spread too thin to bring down all of the plots.

This is another indicator that the plan is just getting started. Following several days of successfully looting thousands of stores across the nation, a report yesterday indicated at least one Antifa cell in Washington had called for armed escalation against law enforcement. Then, we saw these plans become reality in multiple cities.

Very soon, this is going to escalate to bombings. That’s the next logical step for those bent on insurrection and anarchy, but it won’t end with that. Now that President Trump has announced he is calling on all major cities and states to utilize the National Guard, he has also noted that military will be deployed wherever there is a need. When that happens, these riots will move to the suburbs, rural areas, and wherever the military isn’t “dominating the streets,” as the President noted.

Now is not the time for complacency. This isn’t fading away. Law enforcement and the military cannot be everywhere at once. It’s time for patriots to defend themselves, their families, their communities, and this nation. Our duty is to defend the Constitution. It doesn’t matter if your circumstances never had you make the oath. It’s inherent in citizenship. We must participate.

That doesn’t mean everyone needs to take up arms, especially in areas where doing so can be more dangerous than helpful. But in the suburbs where law enforcement is scant and the military isn’t present, it’s incumbent on those with the training and courage to stand up to these thugs when they come to town, because they will. They’re coming.

But just as self-preservation often makes violence necessary, so too must we recognize that the entire situation of this nation makes prayer and faith necessary. We must be praying now and always because the forces mounted against us aren’t just BLM and Antifa, Soros and China. As Ephesians 6:12 notes, we are up against stronger forces than we could possibly muster on our own.

For we wrestle not against flesh and blood, but against principalities, against powers, against the rulers of the darkness of this world, against spiritual wickedness in high places.

All of the signs are there that this is going to escalate even more than it already has. These riots are well-planned, heavily funded, and bent on destroying this nation. It’s time to fight back, support law enforcement, and aid in defending the Constitution.