Beach town moves towards reopening ahead of Governor

Maryland was one of the first states to lockdown and one of the first to enact a public mask requirement. These were the draconian measures that Republican Larry Hogan has enacted. Governor Hogan has been a top two tyrannical governor in wake of corona virus on the Republican side, alongside Mike DeWine in Ohio, earning him the nickname Lockdown Larry by Daniel Horowitz over at Conservative Review.

In contrast to to several other states, even Gavin Newsom’s California, Maryland has made zero moves to reopen or demonstrate a light at the end of the tunnel. The dysfunction in Annapolis is compounded by an ineffective online portal for unemployment claims and possible corruption involving taxpayer money used to purchase testing kits from Korea using the governor’s wife as a liaison. President Trump chided Hogan for this move, and Hogan responded by placing the test under protection of the national guard to defend against the federal government.

Unlike in California or Michigan, Hogan has not seen an effective mass resistance as the Reopen Maryland campaign has yet to organize any grassroots outdoor protests. But the first notorious act of resistance comes all the way from the Eastern Shore with the Ocean City deciding to reopen the beaches on Mother’s Day weekend.

Mayor Richard Meehan issued a declaration reopening public facilities and beaches effective Saturday May 9th. While the language of the declaration recognizes Hogan’s stay-at-home order, the rest of the declaration makes no prohibitions about tourists visiting the beach. The declaration also maintains that social distancing guidelines remain in effect. The response from Annapolis has been cordial towards Mayor Meehan’s actions. A statement released be Hogan’s communications director states 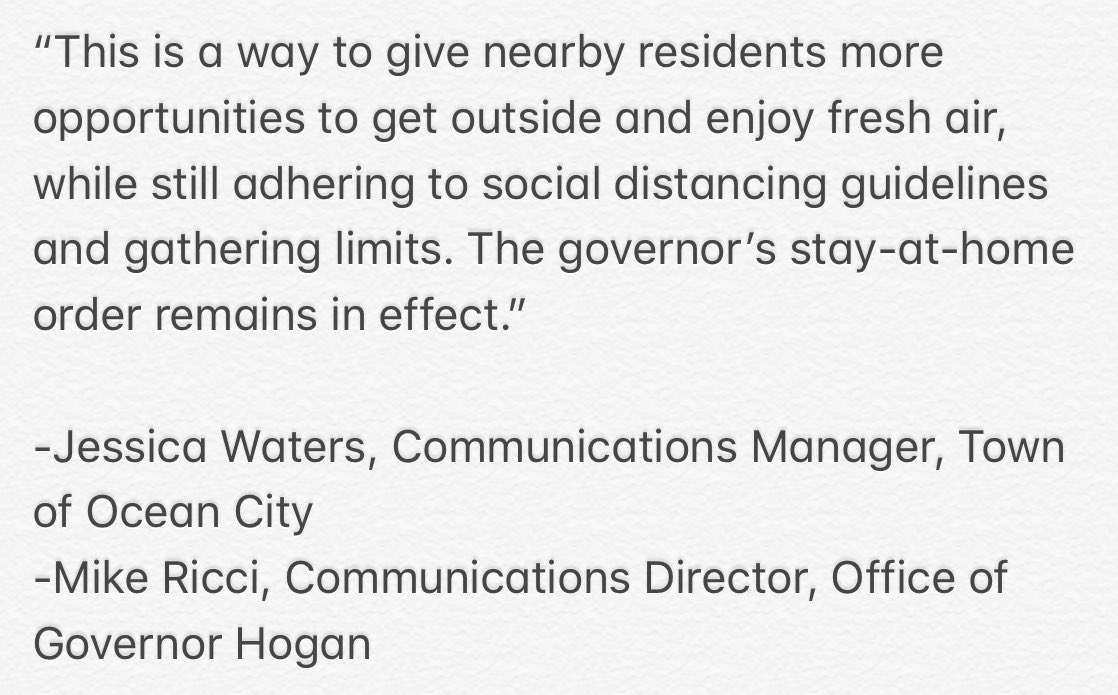 How will this be enforced against probable tourist turnout has yet to be seen. Marylanders could easily circumvent much of state police checkpoint, if they were to establish them, by driving through Delaware. But there do not seem to be any checkpoints set up for these purposes yet in Maryland, so a day-trip to Ocean City appears to be a safe weekend option.

Mayor Meehan’s efforts are the first meaningful steps in reopening Maryland in contrast to the Governor “Roadmap to Recovery” that contains no deadlines or dates for the rolling back of draconian measures. Good on the mayor for not waiting on Annapolis to think of a real plan, while Hogan enjoys his newfound power and the rest of the country moves towards reopening.