As appetite for gun control weakens, Ralph Northam is trying to change the subject

Ever since last year’s Virginia election that brought full control of the government into the hands of Democrats, the extended victory lap had one theme: Gun control. State legislators lined up to get their names on anything that resembled an attack on the 2nd Amendment, gleefully declaring they were going to make the state “safer” by taking away rights of law-abiding gun owners. At the top of the list was their proposed “assault weapons” ban that would prohibit sales and force current owners of firearms like AR-15s to register their guns.
Local jurisdictions responded by declaring they would offer sanctuary to gun owners. State lawmakers, including Governor Ralph Northam, fired back by making threats that included using the National Guard to remove law enforcement officials who did not comply with the Draconian mandates of the state. This prompted debates and even threats that seemed poised to tear the state apart.

Democrats will assume control of the Virginia General Assembly next year, and lawmakers quickly began submitting gun control bills that previously had little-to-no chance of passage. Gun-rights advocates statewide responded by forming “sanctuary” counties in which enforcement of new gun control laws would be de-emphasized or neglected altogether.

Monday, Democratic Gov. Ralph Northam and incoming Senate Majority Leader Dick Saslaw said they were adding a “grandfather clause” into the proposed assault weapon ban, which would allow gun owners to keep weapons under the policy that were already legally owned — as long as they register them.

“I’m not going to lock up a large part of Virginia,” Saslaw told the Virginia Mercury, acknowledging that a grandfather clause would “make sense.”

Saslaw and Northam only backtracked after more than three dozen counties declared “sanctuary” status in protest of the bills.

That’s when the backtracking started. Legislators whose phones and emails were blowing up started saying they would considered toned-down versions of their various pieces of legislation. They started saying the drafts that were currently on record may not be the final version that gets voted on when the Democrats officially take control. Some even said, “I hear you and I’m reconsidering my stance” to voters.
But Northam didn’t back down immediately. He attempted to double-down on his gun control plans, pushing for over $4 million and 18 new law enforcement positions to push his proposed ban on certain firearms. This was widely seen as a way to legally supersede any local law enforcement agencies who do not comply, and “anti-sanctuary” measure, so to speak.
Gun owners’ rights advocates were not impressed. 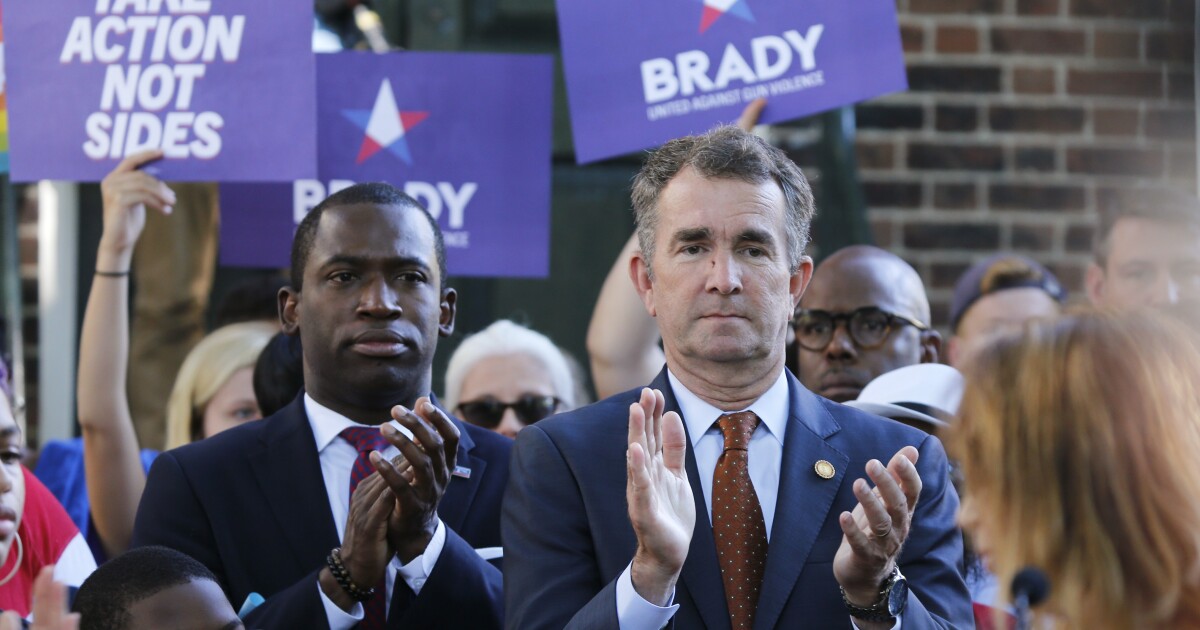 Virginia’s pop-up gun sanctuary movement has turned its attention to fighting the governor’s call for a $4.8 million, 18-officer team to enforce his proposed “assault weapons” ban.

Two key groups issued an alert this week to push gun owners to four budget hearings Thursday around the state, asking them to quiz state legislators if they will vote to ban or confiscate weapons.

“We understand that this is short notice. But it would have a significant impact if many of our members could show up and make a 3-minute statement and ask questions of the legislators in attendance,” said the Virginia Citizens Defense League.

“We see in the governor’s proposed budget that he wants $4 million and 18 new law-enforcement positions to enforce a ban on commonly-owned firearms,” said Erich Pratt, Gun Owners of America senior vice president.

Both groups have been key in the surprising success of the organic gun sanctuary movement in Virginia that was prompted when Gov. Ralph Northam said he’d back sweeping gun control legislation after Democrats took control of the legislature in the 2019 elections.

Unlike “movements” that are heavily funded by gun control mega-donors, most notably presidential candidate and billionaire Mike Bloomberg, the reaction from 2nd Amendment defenders in the state has been largely organic. Efforts are being mobilized by the grassroots without much prompting from large organizations like the NRA or Gun Owners of America. The concerns of the people are legitimate and the responses have been harsh.
Now, Governor Northam has started pointing to other progressive hot buttons in an effort to change the subject. He is pushing popular decriminalization of marijuana possession and is promoting a criminal justice reform package to appeal to leftists. But the efforts are not making gun control concerns go away.

Here are some of the topics he touched on in the proposed legislation:

Raise the felony larceny threshold to $1,000

As noted before, Virginia is a bellwether for the nation as it pertains to gun control. It’s imperative that patriots across the nation help our brothers and sisters in Virginia stop the attack on the 2nd Amendment and defend our constitutional rights.


Don’t eat crickets when food shortages really start hitting in America. Eat organic, freeze-dried, sous vide chicken that you can store for a decade or two if necessary. FLASH SALE happening now at Prepper Organics, $50 off with promo code “survive2030“.

Fight the narrative: President Trump's moves are NOT indicative of war