War with Iran would be bad, but may be unavoidable

by Chastity Mansfield
in News

There are very few situations in which I ever advocate for the use of military force in an offensive manner. A foreign government ordering attacks on Americans happens to be one of them, and that’s exactly what Iran is on the verge of doing. What’s happening in Baghdad right now is their last-ditch effort to draw America into using deadly force against their proxies. Assuming that fails, the only thing they have left is to order more deadly attacks and hope for an asymmetrical response.
Iran’s economic situation is impossible to quantify, but we can assume based on their extremely aggressive actions over the last year that they’ve been in dire straits for a while. They’ve gone to great lengths to smuggle oil to anyone who’s willing to buy from them and defy U.S. sanctions. They’ve attempted to disrupt the world’s oil supply to force their way into the equation. Now, their only perceived path to survival is to get attacked by the United States so they can draw sympathetic support from other nations.
Thus far, nothing they’ve attempted to do has worked. They blew their money funding terrorism and building militia proxies across the Middle East. Now they’re stretched thin but seem completely unwilling to risk their nuclear program by coming to the negotiating table. Instead, their strategies rest solely on drawing the United States into conflict with them without being perceived as the aggressors. This, more than anything else, is why they’re pushing their militias in Iraq to attack Americans. They want to get hit while still being able to claim innocence. By their machinations, they can get international aid if they can play the victim card.
This is why war with Iran may be unavoidable. As politically unpopular as it would be to get into another Middle East conflict, the alternative is to maintain a dangerous presence in Iraq and other Middle Eastern nations. We’re already having a hard time getting the Iraqi government to support us because Iran has its clutches on many lawmakers there.
The Shia-Sunni dynamic is not favorable to the United States, thanks in large part to President Obama’s hasty retreat that allowed Iran to infiltrate the Iraqi government. This is why Iraq is echoing Iran’s talking points on sovereignty issues after the United States attacked munitions and militia targets in Syria and Iraq. We were warranted to do so following a deadly attack on the Embassy that left one American contractor dead and many service members injured. But Iran’s influence is widespread throughout the nation.
President Trump has stated Iran will be held responsible for the attacks. He said they will pay a very big price. Is he about to order a strike on Iran?

….Iran will be held fully responsible for lives lost, or damage incurred, at any of our facilities. They will pay a very BIG PRICE! This is not a Warning, it is a Threat. Happy New Year!

As of now, we have several hundred U.S. Marines at or en route to the Embassy. We control the skies. But the Iran-backed Iraqi militias own the streets and have the numbers. We used tear gas and rubber bullets to address the attacks without taking lives, which apparently worked. The “protesters” are beginning to withdraw.

Iran-backed militia supporters withdraw from US Embassy in Iraq 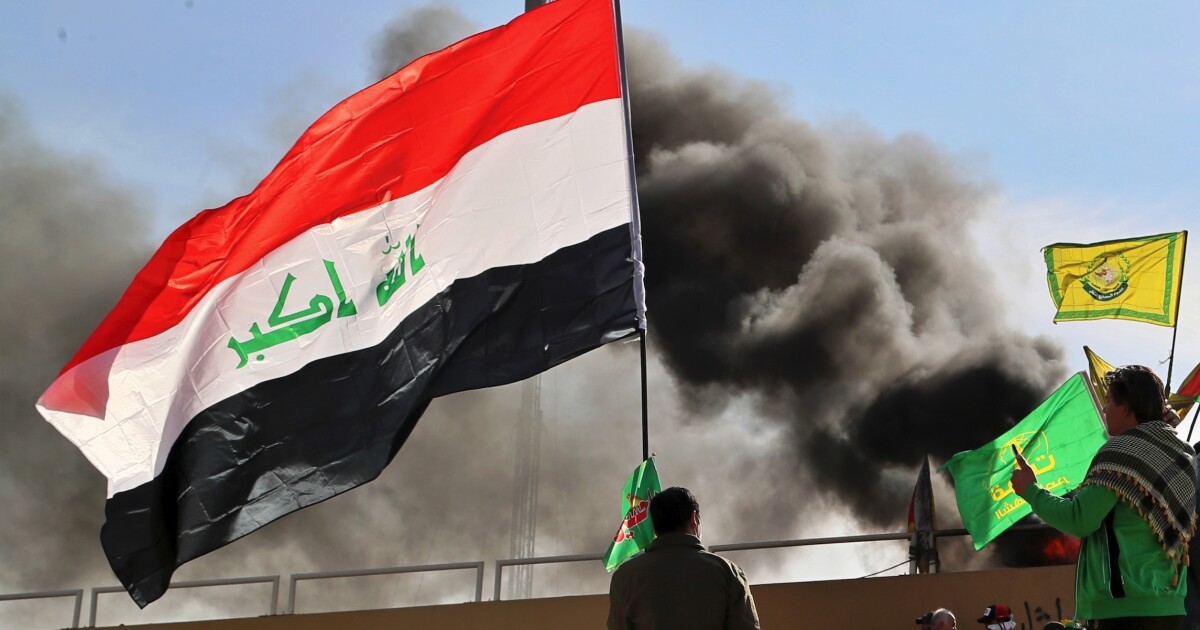 Supporters of the Kataib Hezbollah militia who spent the night outside the besieged U.S. Embassy in Baghdad have begun leaving the area.

The Iran-backed protesters claimed victory on Wednesday and said they would now demand the withdrawal of U.S. troops from Iraq through the nation’s parliament, according to the Washington Post.

Hundreds of the militia’s supporters attacked the U.S. Embassy compound on Tuesday in response to American airstrikes on Kataib Hezbollah. The United States sent 100 Marines and two Apache helicopters to help reinforce the embassy and plans to deploy 750 soldiers to the region “immediately.”

This won’t be the last we hear from Iran’s militias. They will continue to fire explosive munitions at the Embassy. They may even attempt another breach in the near future. Any defense of the Embassy that results in Iraqi deaths will make the situation worse. It’s becoming more and more likely that our only options are leaving Iraq completely or hitting Iran. Neither option is good.
Pulling out would allow Iran and Russia to essentially take over the nation. The Iraqi government has been in talks with Moscow since our attacks on the militias resulted in 25 deaths and several dozen injuries. Among the dead were Iraqi military and law enforcement. What they were doing at Iran-backed militia sites is not being highlighted enough by either side. Corruption in both government and media outlets is pressing propaganda out to the people. The message on television is the same as the message from protesters at the Embassy: Death to America.
Something needs to be done to them. They’ve continued to act far too aggressively for us to stand by and let it happen. Any lack of action will not be viewed as restraint. It will be a sign of weakness. But is the President willing to order air strikes, testing the Russia-supplied air defenses that Iran employs? We may not be at that stage just yet, but we’re close. Further provocations that can be tied directly to orders from Tehran may be enough to push us into a dangerous conflict.
Iran will continue to escalate until they get hit hard enough or they run out of money. We don’t know how long the latter will be, so hitting them may be the only real option. This is a test for the President. How will he proceed?

Don’t eat crickets when food shortages really start hitting in America. Eat organic, freeze-dried, sous vide chicken that you can store for a decade or two if necessary. FLASH SALE happening now at Prepper Organics, $50 off with promo code “survive2030“.
Mixi.Media News
The Biden economy has decimated wealth and retirement accounts and things will continue to get worse until at least after the 2024 election. It behooves patriots to acquire physical gold and silver or make the move to self-directed precious metals IRAs from America-First companies that do not donate to Democrats. Go to Our Gold Guy for the personal buying experience with Ira Bershatsky. Go to Genesis Gold Group, a Christian fellowship-driven precious metals company. Or go to GoldCo for peace of mind from a bigger company.

War with Iran is avoidable, so let's avoid it