Around two months ago, I started noticing statements by some conservative pundits I respect. Many of them were talking about Elizabeth Warren like she had already secured the Democratic nomination for president. They weren’t say “if” she is the nominee but “when” she wins the nomination, she’s going to… whatever.
Admittedly, she seemed to have everything going for her. After strong debate performances that helped her leapfrog Bernie Sanders in the far-left lane, it seemed like all she had to do was wait for Joe Biden to collapse under the weight of his own gaffes and Kamala Harris to succumb to the incompetency that was apparent in her campaign and Warren would waltz into Iowa with a commanding lead and an easy path to the nomination. That no longer seems to be the case, and her campaign is acting desperate. 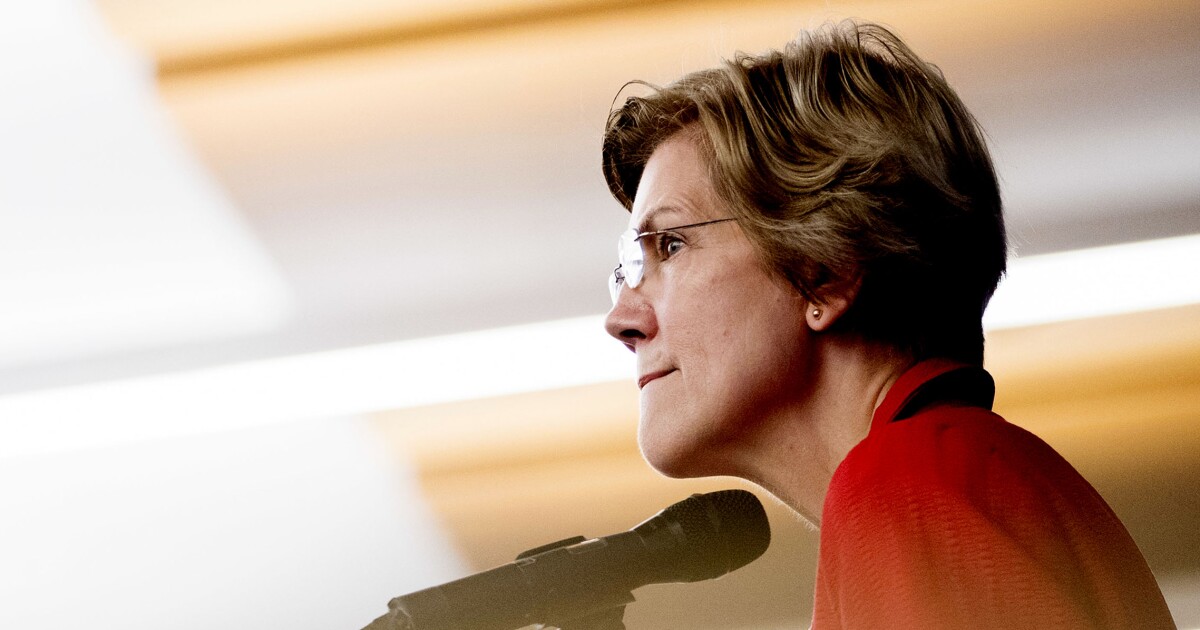 Elizabeth Warren implored supporters to step up campaign donations as the end of the presidential fundraising quarter looms on Dec. 31, citing a sharp drop-off from three months ago.

“So far this quarter, we’ve raised a little over $17 million,” the Massachusetts senator said in an email Friday.

“That’s a good chunk behind where we were at this time last quarter,” Warren said, noting it’s 30% behind where the campaign was in late September.

Warren’s drop in fundraising tracks with her decline in the polls. She led the Democratic field, at 15 candidates, as recently as October. But her polling edge faded fast amid questions over how her “Medicare for all” healthcare plan would be paid for.

The alarm bells coming from her campaign are normal. Campaigns often take on an air of concern when they want to boost fundraising. I get emails every week from one particular Republican candidate for sheriff whose subject lines read, “It’s over” or “I’m finished” or “This is the end of the road.” It bugs me to death, but I get it. As someone who worked for a company that used email marketing profusely, I’m aware of the need for critical calls to action to get people to open them.
Nevertheless, it’s a bad sign that two of the three things necessary for Warren to win the nomination don’t seem to be happening. Harris dropped out, making Warren the lone top tier female. But Sanders hasn’t faded as many expected and Biden is coming off his best debate performance this cycle. If she’s going to get the nomination, she’s going to have to work a bit harder.
Personally, I do not want to see her campaign collapse. I believe either she or Sanders NEED to be the nominees for the Democrat to help conservatives kill two birds with one stone. We need to help President Trump get reelected, but we also need to quash the rising belief that socialism is somehow compatible with human existence, which it isn’t. We are not a socialist nation. We can never be a socialist nation. Until a socialist gets spanked in the general election, there will continue to be Democrats fighting for their caucus to support a socialist for president.
The biggest challenge Warren seems to be facing isn’t on the fundraising side. It’s on the policy side. Her two signature proposals – Medicare-for-All and the Green New Deal – aren’t resonating with moderates. That would be fine as they’re not her target audience, but Sanders shares these two proposals as his centerpieces and he’s doing a better job the last couple of months of selling them to the people.
Her other big challenge is honesty. She’s being called out by the right and even occasionally by the left for her contentious relationship with the truth. Even her own brother has had challenges with some of her claims.

Elizabeth Warren is a liar. Just ask her brother.

Politicians are liars. All of them. Even the decent ones have to make sacrifices to their integrity or risk being completely ineffective at doing their jobs. It just comes with the territory. Even though it’s an unfortunate reality of American government, it has been taken to the extreme by one presidential candidate in particular. Elizabeth Warren has such a contentious relationship with the truth, she can’t even speak it when talking about her own father.

Don’t take my word for it. Just take a look at what someone with first-hand knowledge of the situation has to say about it.

“According to a family friend, David has disagreed with the way Warren calls herself the daughter of a janitor as she describes the work he found after losing a job as a salesman after his heart attack,” the Boston Globe reports.

Just as it was premature to say the nomination was hers two months ago, it’s also premature to say her campaign is toast today. But her chances are going down faster than her poll numbers. Democrats are realizing she’s just not the candidate they thought she was. Her rhetoric is becoming repetitive, and while Sanders has stuck to the same talking points for four years, he’s more inspiring than Warren. It’s difficult to listen to her sometimes.
As unlikely as it may have seemed a month ago, it’s very possible Warren’s campaign won’t make it to Super Tuesday. She’s scrambling to redirect her narrative and lying about it along the way. Is she a false frontrunner in the process of being exposed?