Could President Trump get 15% of the black vote? More?

Since the 1970s, Democrats have held the lion’s share of the African-American vote in elections. President Trump received 8% of the black vote in 2016, lower than any winning Republican President since Richard Nixon. But recent polls indicate a shift in African-American perceptions of President Trump since 2016, a trend that has some Democrats concerned while others are in denial.
Both Emerson Polling and Rasmussen Reports show African-American support for the President is over 30%. Support doesn’t necessarily translate into votes, but it’s still shocking to many leftists who perceive the President as universally scorned by anyone other than old racist white males. It’s not surprising to those who have been paying closer attention to the state of the country, particularly record-low unemployment rates for African-Americans and the highest wages this nation has ever seen.
People generally do not vote against their own prosperity, and under President Trump the vast majority of Americans have been prospering more than they have in recent years. This has helped spawn movements of activists in and out of the African-American community who realize the perception of racism from the White House that mainstream media is pushing doesn’t match the reality on the ground. If President Trump is a racist, the results demonstrate he’s very bad at it. People of all races are doing better today than they were three years ago.
Even when put head-to-head against Democrats, the strong polling numbers among black voters hold. He’s showing 17% against Elizabeth Warren, 14% against Bernie Sanders, and 12% against Joe Biden. To put that into perspective, President Reagan had the highest black support among Republican candidates who won their election over the last four decades, earning 11.5% of the African-American vote. Even against Biden, the most popular candidate among black voters, President Trump is polling higher than President Reagan. 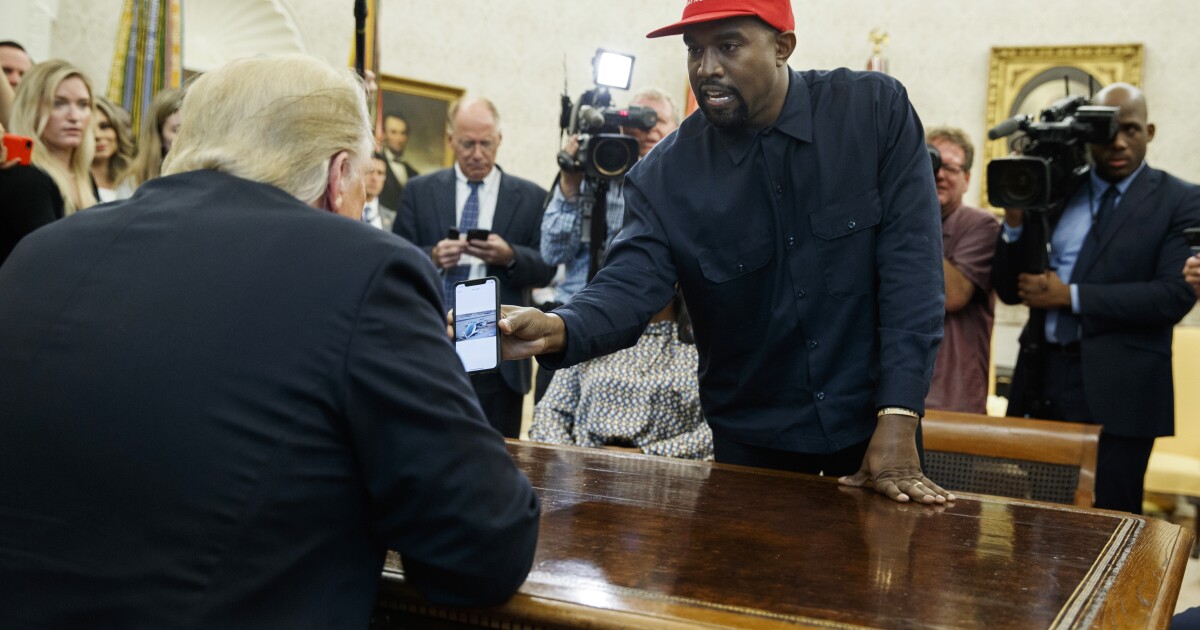 At the Trump-Pence campaign headquarters, top organizers are seeing similar numbers. But they are cautious with their confidence, believing that the polls are just starting to capture a pro-Trump black voter trend that they want to continue.

“The only story here is that the support is increasing,” said senior campaign official Katrina Pierson. “It’s on the rise. It’s not decreasing. It’s going in the right direction,” she said.

Pierson recalled that long before running for president, Trump was respected in the black community, a friend of celebrities, such as Don King, and politicians, including Jesse Jackson.

But when he ran for the presidency, the Democratic playbook demanded that he be smeared as a “racist,” and that took root, and it has taken time to overcome.

“He couldn’t understand it at first, and it’s very frustrating. But it came with the baggage of running as a Republican,” said Pierson, a longtime political aide to Trump.

There is a lot of time between now and the election, but as long as the economy continues to soar, his support should remain steady or increase among African-Americans. 15% may seem impossible now, but Democrats aren’t doing very well at keeping their stranglehold on the black vote. Kamala Harris was the only black female running before she ended her campaign, leaving Cory Booker and Deval Patrick as the only African-Americans in the field. Their polling numbers rarely break 2%. Depending on who wins the nomination, 15% may be achievable. In fact, it’s not out of the questions that he could get even more if Warren or Pete Buttigieg get the nomination.
The shift is happening. After decades of Democrats failing to fulfill their lofty promises to African-Americans, the voters are asking questions. With President Trump’s strong economy benefiting members of all races in America, many have found their answer.

Jersey City shooting and the rise of anti-Semitism