There have been so many missteps, disingenuous actions, and outright lies by House Intelligence Committee Chair Adam Schiff, it’s been hard to pick out which was his worst. That all changed when he released his 300-page impeachment report. It wasn’t just a recap of everything we’ve learned so far. He added to it, and one major part stands out as his most egregious offense yet.
Included in the report were phone records allegedly connecting various Trump administration and Republican officials to each other and others. Among those in the report was John Solomon, a respected journalist who has been at the heart of the Ukraine investigation since long before Americans even knew there was a Ukraine investigation. He was out in front of Hunter Biden’s dealings with Ukraine energy company Burisma as well as Joe Biden’s dealings with Ukraine on his son’s behalf. This is why it may have made sense to Schiff to release his part in the phone records. The Hill, where Solomon was a former columnist, attempted to cast doubt on Solomon’s reporting, so it plays to Schiff’s narrative to include calls to Solomon in his report.

The Hill is conducting a meticulous review of opinion columns written by John Solomon on the subject of Ukraine that will be handled by a team of editors and reporters. All results of the review will be transparent and public.

But here’s the thing. Solomon is a journalist. His profession is specifically protected by the 1st Amendment to prevent government officials like Schiff from being able to intimidate or coerce them. It was, is, and always will be an incredibly important component of maintaining our ability as a nation to keep the people informed. We need the press to be able to engage in their jobs without fear that government officials will “out” them, their sources, or their investigative process. Otherwise, the press becomes tainted, and that must never be allowed to happen.
Some will say, “But Trump calls out journalists all the time!” There’s a tremendous difference between President Trump Tweeting about what he deems as “fake news” and a Congressional report releasing as part of its impeachment investigation the identify of a reporter and his potential contacts. What President Trump does is complain about reporting after-the-fact. What Schiff just did is expose a journalist and his possible sources who were likely engaged in the development of stories. The latter is unambiguously unconstitutional.
Sadly, many in mainstream media are either silent about it or willfully trying to spin it as not a real problem. One particularly egregious attempt at propaganda aimed at defending Schiff’s actions was published by Politics Editor Sam Stein at The Daily Beast. In it, he tries to say many on the right are fussing over whether or not Schiff used his congressional powers of subpoena to get the phone records of Solomon as well as Representative Devin Nunes, who was also included in the report.

In the impeachment report released on Tuesday, a number of call logs were made public showing conversations between Giuliani, officials at the White House and other agencies, and Lev Parnas, an associate of Giuliani’s who is now indicted on campaign finance violations. The records appear to have been obtained via a subpoena of AT&T, which released a statement on Wednesday saying that it is “required by law to provide information to government and law enforcement agencies.”

The report indicates that all of the call records obtained by the committee belonged to Parnas or Giulini. Every call mentioned in the report includes one or both of them. And the numbers assigned in the report’s footnotes to each document that AT&T produced to the committee appear sequential and grouped according to calls involving Parnas and Giuliani—in the case of the latter, numbers 02131 through 02139, and for the former, 00909 through 00914.

But that hasn’t stopped speculation that Schiff’s team cast a much wider net, one involving Solomon and Nunes. Such an inference was made in a Wall Street Journal editorial which warned that one of Schiff’s “targets” had been Solomon himself.

Stein is being misleading here. Yes, there have been outlets that complained about the subpoenas themselves, but he is fully aware that the real complaint is the release of source relationship information. There is much less concern about whose records Schiff subpoenaed than there is about the release of the information itself. It’s clear in the course of their investigation they subpoenaed phone records of people directly connected with the Ukraine investigation, namely Rudy Giuliani and Lev Parnas. That’s fine. What’s not fine is the release of those records in the public report as they pertain to Solomon. As a journalist, his communications are protected and should have never been included in the public report. Again, doing so in unambiguously unconstitutional.
It’s surprising how few on the right are calling it out. This is a huge deal that progressive mainstream media won’t touch. Therefore, it’s up to those who recognize the foul to call it out. Some have. More need to.

Republicans angry and concerned about Schiff release of phone records 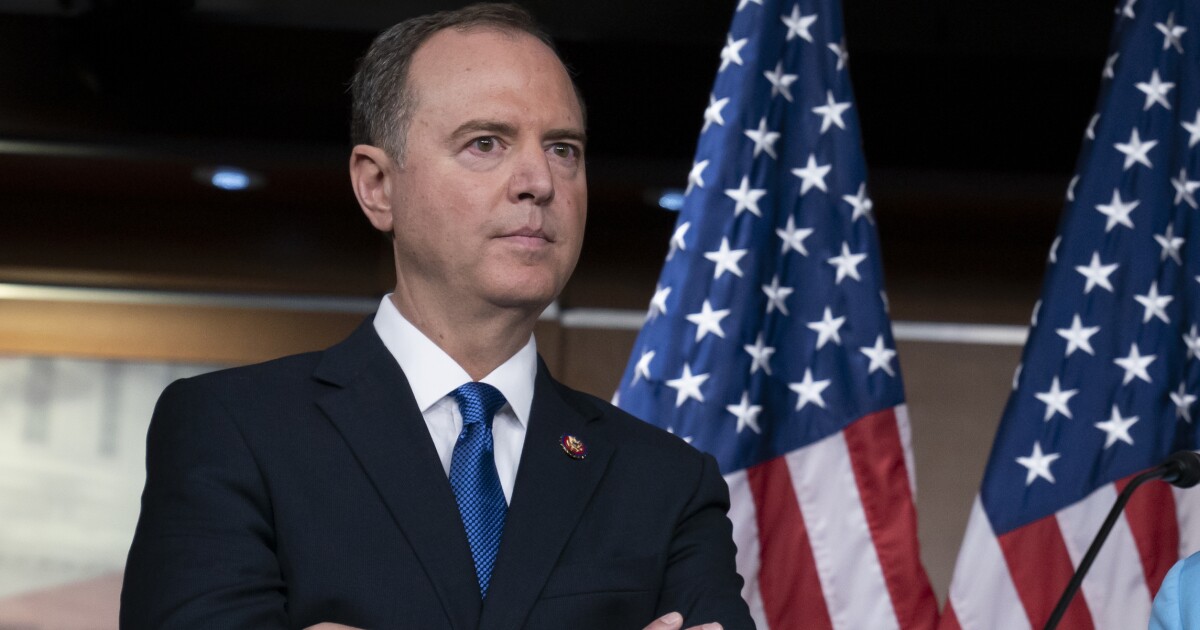 Finally, the publication of John Solomon’s records raised still other issues, this time about freedom of the press. In the excitement over the Democratic report, there was little or no discussion about the problems that might arise from the House Intelligence Committee publishing a journalist’s phone records. But in the past, at least when President Trump was not involved, similar issues have been a concern of press advocates. The Reporters Committee for Freedom of the Press First Amendment Handbook contains the following passage:

Courts … have begun to recognize that subpoenas issued to non-media entities that hold a reporter’s telephone records, credit card transactions or similar material may threaten editorial autonomy, and the courts may apply the reporter’s privilege if the records are being subpoenaed in order to discover a reporter’s confidential sources.

Searching media coverage Tuesday and Wednesday, there was little or no discussion on whether Schiff’s disclosure touched on Solomon’s First Amendment rights. Solomon is the target of much criticism in mainstream reporting, but he is a journalist who should enjoy the same protections as others in his profession.

This cannot continue to go unnoticed. It’s more than just a journalist’s protections being trampled upon by a powerful politician. It’s an indictment against the entire investigative process used by Schiff and rubber-stamped by mainstream media. In their vigor to assist in impeaching President Trump, they shot themselves in the foot by abdicating their responsibility to call out when government oversteps its bounds when it comes to the 1st Amendment. Make no mistake, if a Republican had done the exact same thing to a reporter, there would be media mobs calling for his immediate removal from power.

It doesn’t matter whose phone records Schiff subpoenaed. It matters that he published them in his report. Why would Democrats publish a selective log of John Solomon’s phone calls? The issue is the president’s abuse of power, not bad stories about Joe Biden.

why the silence? Let's not forget a whistleblower in State Department divulged that the former Ukrainian Ambassador Marie Yovanovitch reportedly ordered the monitoring of social media sites belonging to me, John Solomon, Don Jr., Rudy Giuliani and others.

1) Still waiting for my fellow members of the media to express their deep outrage and alarm that Intelligence Chair Schiff snooped thru and published phone records of member of the free press. The silence is deafening.

By releasing the phone records of GOP members, @realDonaldTrump lawyers and journalists he doesn’t like, @AdamSchiff is doing exactly what he’s accusing the President of – using his power against his opponents for political purposes.

The double standard of journalists protecting their own is evident in the deafening silence on John Solomon’s source integrity being breached. Too many journalists are following the edicts of their political tribe instead of their professional integrity.