Representative Adam Schiff (D-CA) is everything that’s wrong with the old Democratic Party, the one that people like Representative Alexandria Ocasio-Cortez (D-NY) despise. They are allies for the Trump impeachment, but don’t expect them to stay friendly for long. Schiff is almost certainly on a list of targets for the Justice Democrats to primary in a future election as he represents the business-as-usual class of status quo Democrats.
His latest foray into idiocy came yesterday when he flat-out lied to the American people about the contents of the Trump-Zenesky transcript, later claiming he was speaking in parody. The President wasn’t amused and has called on Schiff to resign.

…sound horrible, and me sound guilty. HE WAS DESPERATE AND HE GOT CAUGHT. Adam Schiff therefore lied to Congress and attempted to defraud the American Public. He has been doing this for two years. I am calling for him to immediately resign from Congress based on this fraud!

The President is correct. Schiff’s lies were a blatant attempt to manipulate the perceptions of the American people and drive more towards believing that impeachment is justified. The Democrats have a popularity problem with their narrative, so Schiff is willing to lie in order to address that problem. It wasn’t the first time.

It’s a despicable display of propaganda and political manipulation, one that should be below any member of Congress, even long-sitting members in deep-blue districts who think they have no way to be held accountable for their falsehoods. As Howie Carr so eloquently noted in an op-ed for the Boston Herald, Schiff is the Democratic Party’s Brian Williams.

Remember, this is the same Schiff who appeared on alt-left cable TV hundreds of times over the past two years, claiming he had seen “evidence” of Trump-Russian collusion. We’re still waiting him to produce it.

And now this … making it up. Who does he think he is, a columnist for The Boston Globe?

Or maybe he’s trying out for a gig on MSNBC. He can work with other such fake-news legends as Brian Williams, Lawrence O’Donnell and Mike Barnicle (who used to make stuff up for the Globe before he turned over the coveted fiction slot on the metro page to Kevin Cullen).

Washington, D.C., is turning into the old movie Groundhog Day. The Democrats keep recycling the same old BS, day after day. Last week it was the fake news about Brett Kavanaugh, compliments of the failing New York Times.

He isn’t alone. Between Democrats and their puppets in progressive mainstream media, the lies are mounting up faster than they did during the Kavanaugh confirmation hearings. One might even say Ukrainegate may have more dishonesty attached to it than the Russia hoax that was spawned from the Steele Dossier. That’s saying a lot.
It all comes down to twisting the words, as Jenna Ellis Rives noted on the Washington Examiner.

Adam Schiff and Democrats are twisting words to smear Trump 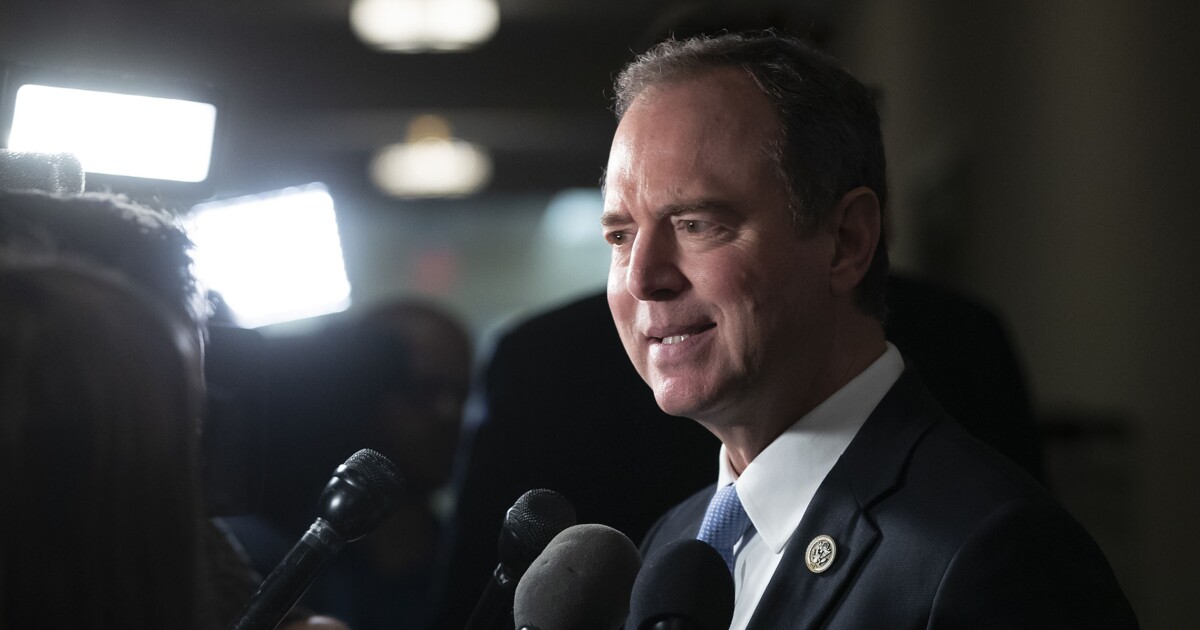 Chairman Adam Schiff attempted to play word games with Maguire in an effort to manipulate the situation and paint the intelligence community and the White House as covering up something really, really bad that President Trump must have done.

Even into hour three of the hearing, Schiff was still asking Maguire whether an investigation should occur. Maguire simply said, “The horse has left the barn. You have all of the information,” and went on to specify every document Congress has.

So why the manipulation? Because the Democrats know their case is weak. Their only hope lies in trying to twist legal terminology for their political advantage.

Winston Churchill once said, “When you’re going through hell, keep going.” Adam Schiff is trying to push people through hell to get to his coveted impeachment. It doesn’t matter how many lies he has to tell to get there.