by Tammy Rucker
in News

The Food and Agriculture Organization of the United Nations (FAO) has sounded the alarm about swarms of desert locusts that will affect crops and could create food shortages in Saudi Arabia, Egypt, and possibly other nations in the region.

Good rains along the Red Sea coastal plains in Eritrea and Sudan have allowed two generations of breeding since October, leading to a substantial increase in locust populations and the formation of highly mobile swarms. At least one swarm crossed the Red Sea to the northern coast of Saudi Arabia in mid-January, followed by additional migrations about one week later. Groups of mature winged adults and a few swarms also moved north along the coast to southeast Egypt at the end of the month.

These aren’t your run-of-the-mill locusts, either. The desert locust is considered a true threat unmatched by their lesser counterparts. 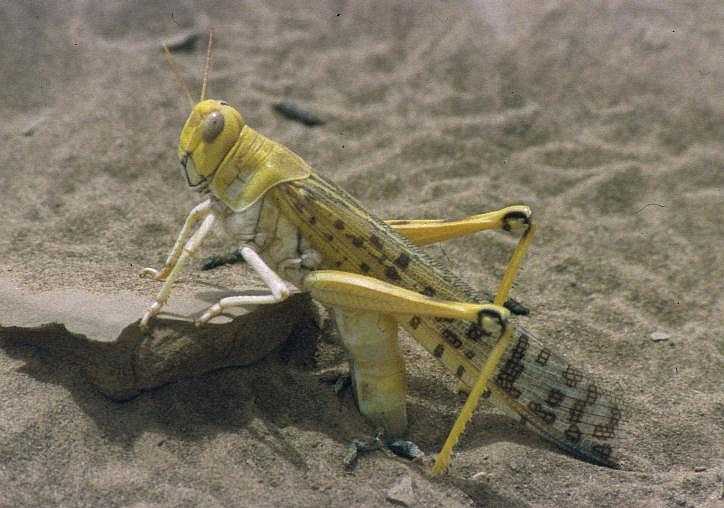 The desert locust is potentially the most dangerous of the locust pests because of the ability of swarms to fly rapidly across great distances. It has two to five generations per year. The last major desert locust upsurge in 2004–05 caused significant crop losses in West Africa and had a negative impact on food security in the region. While the desert locust alone is not responsible for famines, it can be an important contributing factor.

As is always the case with locusts, many publications are calling it “Biblical” because of the size of the infestation and the potential damage they’ll do. I tend to shy away from saying anything has attributes that are of “Biblical proportions” because it tends to diminish the words of the Bible itself, particularly prophecies.
The two primary sources of fodder for those attempting to tie modern events to prophecies in the Bible are the Book of Joel and the Revelation. In Joel, it can be debated whether the four swarms of locusts have already come or if they’re part of a future event. It can also be debated whether they’re literal locusts or not. What cannot be debated is that these locusts come in four forms and will (or has already) hit Israel itself.
As for Revelation, the chronology is all wrong. The locusts of Revelation 9 come after the fifth trumpet is sounded. A star (angel) falls from Heaven with the key to the bottomless pit. Upon opening the pit, the locusts emerge from the smoke with powers like scorpions. These are supernatural creatures unlike anything we’ve seen on Earth, much nastier than the desert locusts in this report.
No, these aren’t the locusts of prophecy. However, they pose a real problem for the inhabitants of the area. I’m not sure what can be done about them, but if they go unchecked, they could trigger famine in the region.