Will the left finally admit that gun confiscation has failed to keep people safe?

Shouldn’t the gun confiscation crowd admit that depriving the people of the right of self-defense hasn’t kept people safe?

That didn’t take long. In many cases it’s easy to predict how long a news story will stay in the headlines. Yesterday, December 11, 2018 a terrorist shouting “Allahu Akbar” attacked a Christmas market in the French city of Strasbourg.

The killer, who opened fire with a handgun and used a knife to stab people, is still on the run after he was shot in the arm during a gunfight with police.

He escaped in a taxi and there are concerns he may have fled to Germany where vehicles are now being checked at the border.
Chekatt has 27 convictions in France, Germany and Switzerland, said prosecutor Remy Heitz.

In less than 24 hours, the story has almost dropped from the headlines. Had this taken place stateside, the liberty grabbers on the left would have exploited the tragedy for maximum political gain within minutes. The problem is this didn’t take place in the states, but rather in a locale with strict controls on freedom. The perpetrator also used a handgun and used a knife instead of an evil black rifle. Finally, the killer made his motives clear by what he shouted.
Therefore, it was adverse to the left’s ‘gun reform’ agenda of gun confiscation. Nothing that could be construed – at least at present – as being an ‘assault weapon’ or whatever the term is this week. Lastly, the evidence points to this being Islamic terrorism. Even though the manhunt continues as this is being reported, the point remains. This was an obvious failure of the left’s gun confiscation agenda and it shows the threat of Islamic terrorism so the story has virtually disappeared.

Compare the coverage of this story with a similar situation of a shooting in the states. Most likely the refrain would have been this only happens in the states because of the NRA or GOA wants to keep liberty and the right of self-defense. Most assuredly, they wouldn’t have phrased it that way, since they still have to keep up the fiction that they are ‘liberal’ in some form or another. It would have been couched in terms of ‘gun reform’ or ‘gun safety’ or whatever the terms happens to be this week.

Since we’re on the subject, take note of the plans of the leftist liberty grabbers to denigrate the common-sense human right of self-preservation come January when they take-over the House of Representatives. As reported in the Hartford Courant: 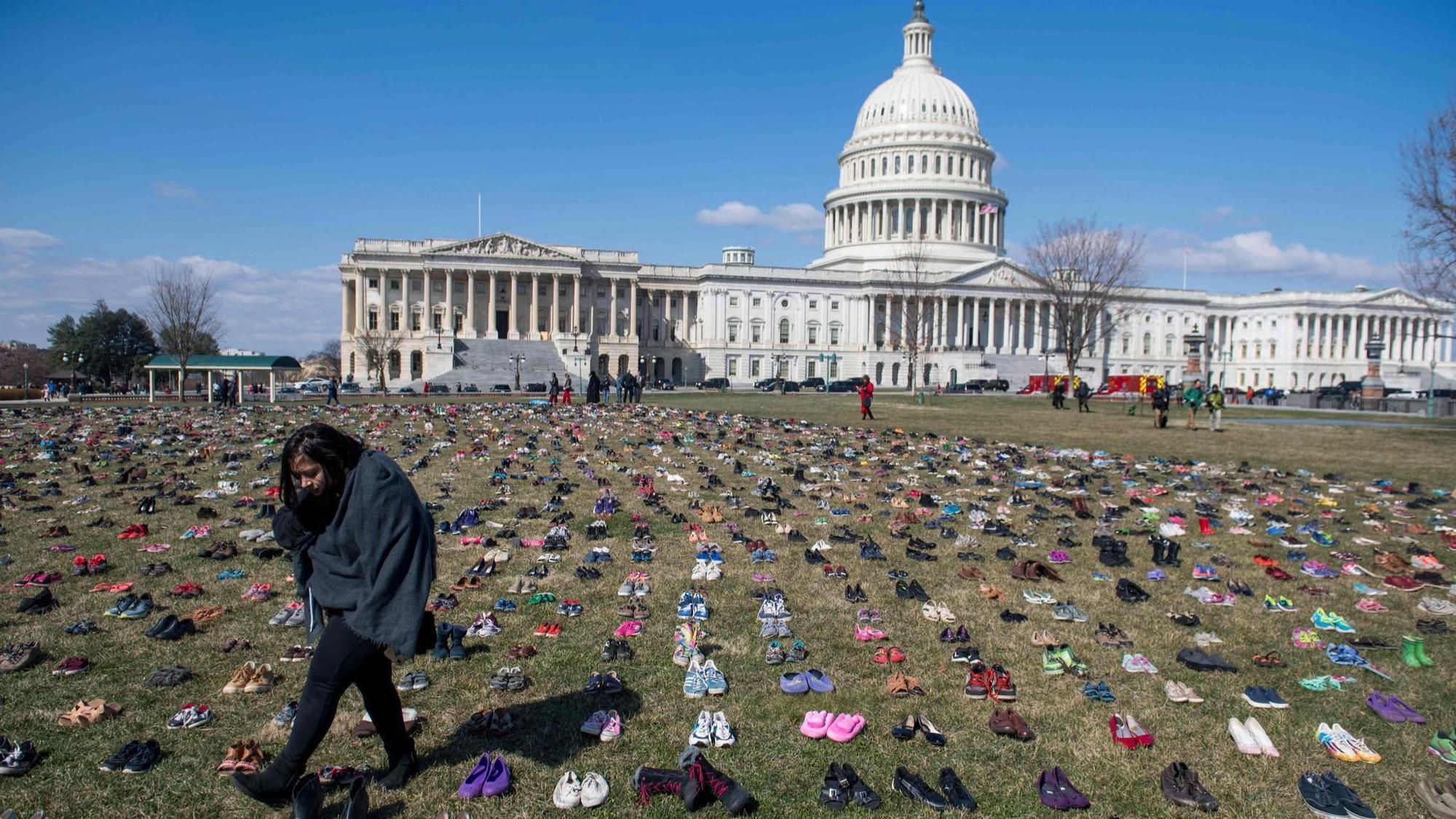 But now Democrats will seize the reins and plan to press for votes on measures that would tighten federal gun laws after the new Congress begins work in January. Once ignored, key proposals, including the expansion of FBI background checks of gun purchasers, are now likely to pass the U.S. House with its new Democratic majority.

On Thursday, House Democratic leader Nancy Pelosi, D-Calif., who hopes to be the next House speaker, said “we will pass common sense gun violence prevention legislation soon, and … it will be bipartisan.”

Why does a failure in government overreach have to mean even more government overreach? From now on, it should be incumbent on the politicians to carefully explain why they need even more control over our lives. They need to show their work in just how some new ‘solution’ is supposed to solve the problem. This would include citing examples of unbiased reportage on similar ‘solutions’ from other locations that have actually worked.

Then in the same article, a chilling turn of phrase on the issue of ‘the rapid firing of rifles’:

Other bills that will be keyed up for votes include … bans on “bump stocks” that allow the rapid firing of rifles and “3D” guns made with special printers and limiting magazines to no more than 10 bullets.

[Our emphasis]
Did everyone catch that? They are no longer referring to terms that have specific definitions such as automatic or semiautomatic fire. They are now referring to the speed of the operation of a weapon, not its functionality in select fire modes. We already know that they want to push the issue down the infamous slippery slope of government overreach. This means that they are signalling a change in rate of fire as a way of controlling our basic human Right of self-defense, as predicted by those opposed to Trump’s ‘meaningless’ surrender on the ‘Bump-Stock’ issue.
In other words, now that Trump and the NRA gave up an important point for absolutely no credit from the Liberty grabber community, they will use that ‘inch’ and take it a mile. Instead of discussions of Automatic or Semiautomatic fire, the talking point will be on the ‘Rapid firing’ of guns as being too deadly. It should be patently obvious were the Liberty grabbers on the left will take it from there.

For too long the Left has taken the ‘throwing…papers up against a wall technique’ hoping that something will stick i.e. something will finally work. Meanwhile, the extent of our Liberty shrinks each time.
There is always a cost to every new idea of the Left. For every piece of legislation, there is an accompanying cost in Liberty and dollars. For the case of Leftist steps to gun confiscation, we citizens have a right to know how these measures will supposedly keep people safe. For far too long the Left has taken credit for making everyone safer without actually proving it. We are rapidly reaching the tipping point to gun confiscation, so from now on they have to prove that their draconian controls will work as promised. If they cannot, they shouldn’t attain more control over our lives.

Differential equations teaches us that one can use the initial conditions of the present to extrapolate events in the near term balanced with the knowledge of the past. The interaction of technological advances and the march of history is fascinating. History can inform those willing to listen as to what will happen in the future because the laws of human natural are as immutable as the elegant equations of Newtonian physics.

Ben Shapiro calls out the utter hypocrisy of the U.N. for not condemning Hamas