by Kerry Marasco
in Immigration, Judiciary, News
Share the truth

Today, Chief Justice John Roberts made a rare statement about labeling judges by the president who appointed them. He said judges try to be fair before telling people to be thankful. The media jumped all over it.

Trump would be wise to learn from John Roberts’ rebuke 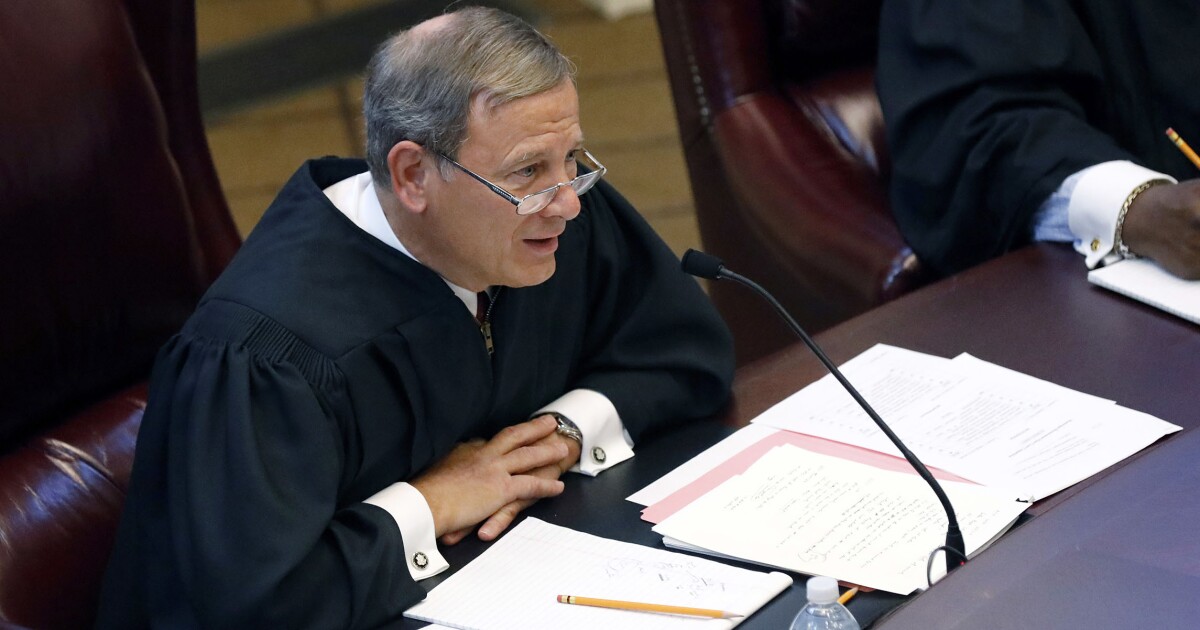 The independence of the judiciary is as integral to our democracy as the right to vote. Absent that independence, the rule of law would exist subject to the whims of politicians and powerful vested interests.

For that reason, Chief Justice John Roberts was right to rebuke President Trump as he did on Wednesday. As the Washington Examiner’s Melissa Quinn reports, Roberts said, “We do not have Obama judges or Trump judges, Bush judges or Clinton judges. What we have is an extraordinary group of dedicated judges doing their level best to do equal right to those appearing before them.” Roberts added that an “independent judiciary is something we should all be thankful for.”

Pretty much everyone in the media misconstrued the “rebuke,” not noting that he was referring to the ideal.

Roberts wants the judiciary to “do equal right to those appearing before them” and he wants the President and everyone else to stop labeling judges by the President who appointed them. Neither is possible. His hopes will never be realized.

The left desperately wants to paint this as a rebuke against the President because that’s what they do. Roberts was stating the ideal. Unfortunately, groups like the 9th Circuit Court of Appeals make his idealism moot.

Sorry Chief Justice John Roberts, but you do indeed have “Obama judges,” and they have a much different point of view than the people who are charged with the safety of our country. It would be great if the 9th Circuit was indeed an “independent judiciary,” but if it is why……

…..are so many opposing view (on Border and Safety) cases filed there, and why are a vast number of those cases overturned. Please study the numbers, they are shocking. We need protection and security – these rulings are making our country unsafe! Very dangerous and unwise!

They’re both right. I’m not trying to be wishy-washy, but both sides have valid points. The judiciary should be independent and fair, as Roberts contends. The judiciary is not fair and unbiased, as the President contends.
The point of contention is a ruling by a judge in the 9th Circuit that blocked the President’s mandate for illegal border crossers to not be offered asylum. It’s a fair way to prevent illegal border crossings; if they want asylum, they should enter the country legally through a designated port of entry.
This adds fuel to the fire of polarization. We must protect our borders, but the President is being hampered by an activist judge. Chief Justice Roberts can wish for an apolitical judiciary all he wants, but as the President says, look at the numbers.

Call me old fashioned by I just got into social media recently. Yes, I'm that gal you see at the real coffee shop (aka not Starbucks) with an actual book. Returning to my roots in journalism now that technology allows me to do so from the comfort of my own gazebo.

Democrats are going after Ivanka