Environmental voters normally side with Democrats, but there are always exceptions. One such exception could be Debbie Mucarsel-Powell who is being accused by the NRCC of receiving “dirty coal money” in her campaign to win a Congressional seat for Florida’s 26th district.
Her competitor, Representative Carlos Curbelo (R-FL), has built a reputation as one of the greenest Republicans in DC. He introduced a carbon tax bill earlier this year and is outspoken about his goals of protecting the environment. 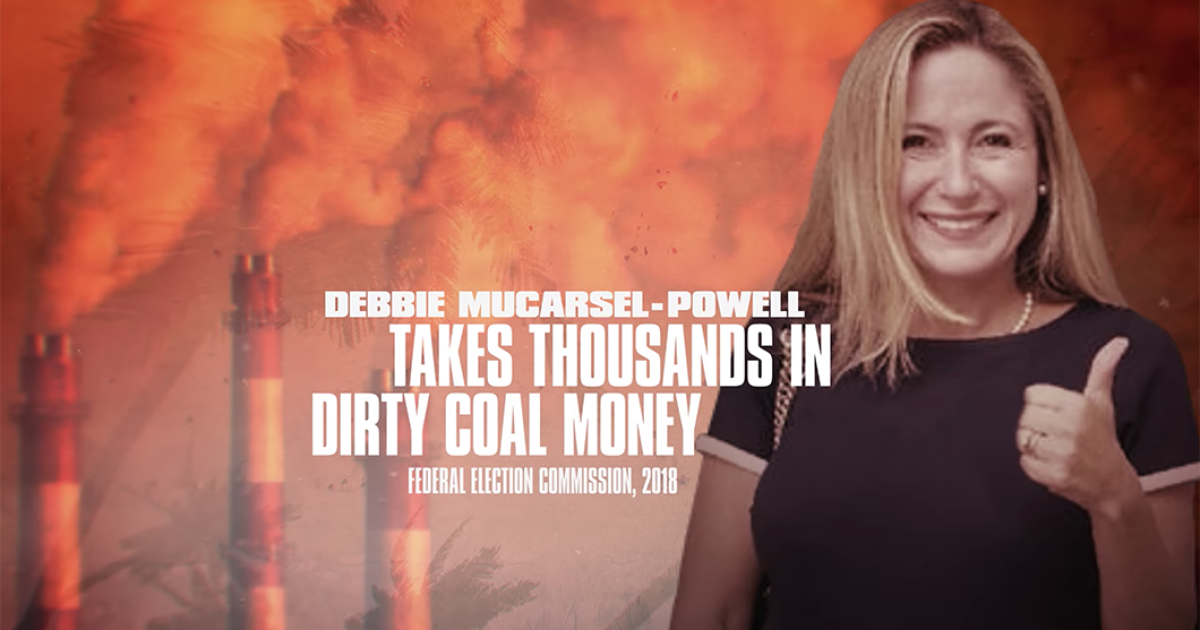 “Throughout this entire campaign, Rep. Curbelo’s opponent has shown insincerity on issue after issue,” Joanna Rodriguez, a Curbelo spokeswoman, told the Washington Examiner. “Realistically, it’s only a matter of time before she caves on the issue of climate change as well.”

Critics questioned the accuracy of the NRCC ad. Asked for specific evidence of Mucarsel-Powell’s ties to coal, Anderson, the NRCC spokeswoman, referred to a hedge fund that billionaire environmental activist Tom Steyer founded years ago that invested in coal mines and power plants.

While there seems to be some connections between Mucarsel-Powell and the fossil fuel industry, including coal, it’s a stretch to insinuate she’s being bought by the coal industry. If anything, she’s lukewarm on the environment and hasn’t offered specific plans to her constituents other than saying she wants them to all get renewable energy someday.
Just as we criticize Democrats for running misleading ads, so too do we condemn ads from Republicans or PACs that bend the truth. It’s unclear how deep Mucarsel-Powell is in with coal companies, but the ad insinuates deep involvement.