If you’ve been watching coverage of the migrant caravan heading towards our southern border from Honduras, Guatemala, and El Salvador, you have probably seen many interviews with pregnant women, families, and single mothers. You’ve probably heard stories of horror, lost hope, and utter desperation from these people who can’t support themselves, let alone their children.
Mainstream media’s very selective coverage of the caravan has aligned with the leftist narrative that this can’t be an invasion force because it’s mostly women and children. Of course, if you watch closely during the ever-so-brief long shots of the caravan, you’ll see a very different makeup.
According to a senior border patrol official, the ratio of adult men may be as high as 4 to 1. That’s four healthy adult males for every woman or child in the group.

Border official: three-quarters of migrants in the caravan are adult men 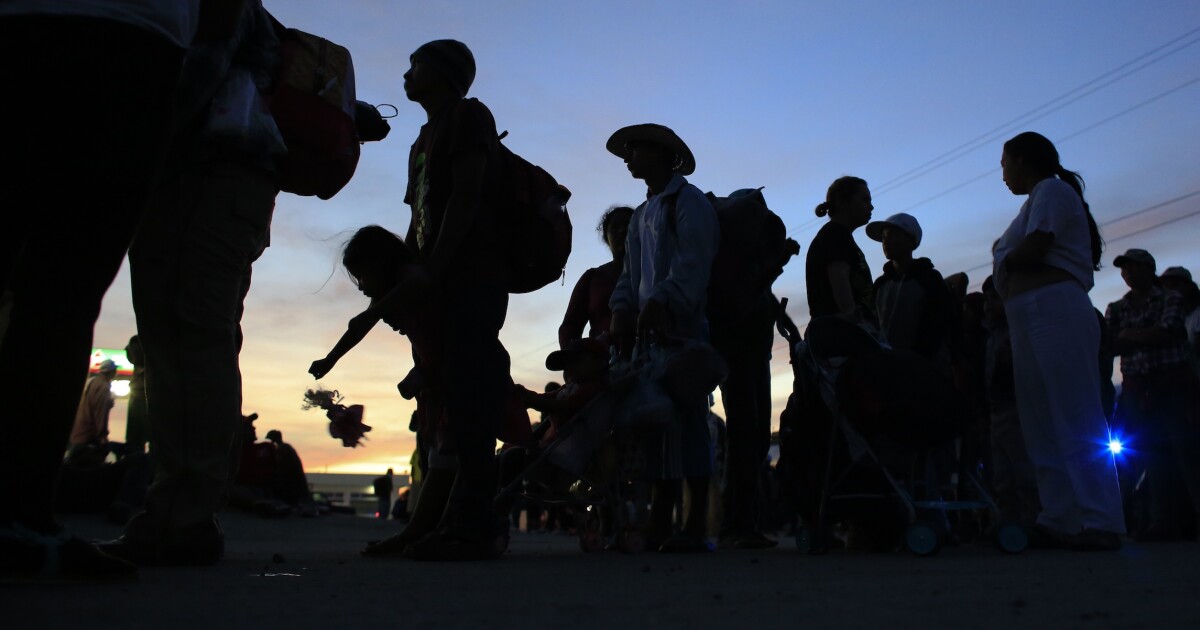 Families and unaccompanied children make up “about 20 to 30 percent” of the caravan, according to Roy Villareal, deputy chief patrol agent of the Border Patrol’s San Diego Sector.

“The rest of that is single, adult males,” Villareal said during a recent tour of the region.
Single-parent families and children who illegally enter the country will not be prosecuted, unlike adults.

President Obama has recently gone so far as to chide Republicans for worrying about “all the women and children that are 1000 miles away.”
No, Mr. President, we’re not worried about the small percentage of women and children in the group. We’re worried about the young, health men who all-too-often break our laws to enter the country, continue to break our laws to remain in the country, and often break greater laws as they become criminals. Our fear is that what happened to people like Kate Steinle, Nisa Mickens, or Ronald Da Silva will happen to members of our families.
The left is desperately trying to prevent the caravan from being an election issue, but their denials of the danger it represents only reaffirm the truth that Democrats’ softness towards criminal illegal immigrants harm American citizens of ALL races.