Democratic Senate candidate Beto O’Rourke was billed by many magazines and news outlets as the next coming of Kennedy (John or Robert, depending on which fluff piece you read). As his star began to rise in the beginning of the year, excitement was high among Democrats who believed they could strike at the heart of the Republican base in deep red Texas.
Polls continue to show O’Rourke’s and the Democrats’ hopes fading. Texans are coming to their senses and realizing that O’Rourke hasn’t done anything of substance since getting into politics. He has a tainted history that includes misogyny, intolerance, crime, and lies about all three. Oh, and he’s not Hispanic despite clever attempts to fool Latino voters into thinking he was.
But O’Rourke’s failures aren’t just killing his chances in Texas. They’re also hurting the Democratic Party as a whole, making it more difficult for others to win their races. Here are four reasons this is the case:

Funds to him are funds that didn’t go elsewhere

There has been tons of buzz in mainstream media about the incredible $38.1 million his campaign raised last quarter. In fact, it’s given him more attention than anything he could possible buy with that much money. It’s so much that some Democrats have suggested he share his spoils.
Nope. 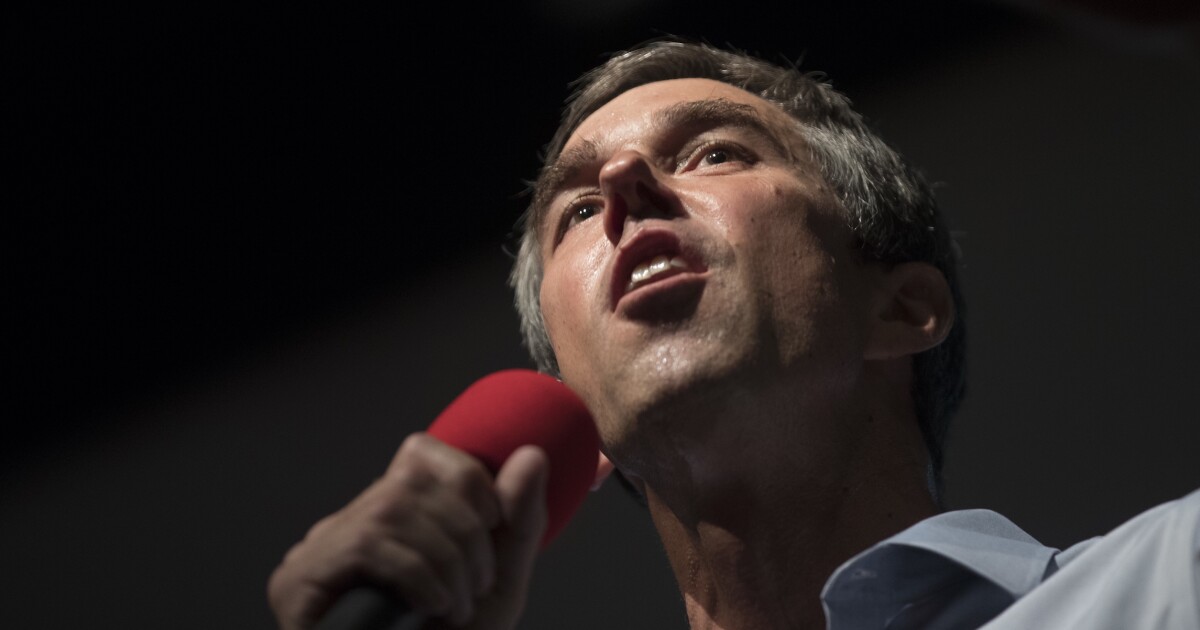 “No,” O’Rourke told a reporter when asked if he would commit to sharing funds with Senate Democratic candidates who are in closer races. “I’m focused on Texas. Most of our contributions have come from Texas. All of them have come from people. Not a dime from PACs.”

“Folks contributed to this race because they want us to win this race. If they want to contribute to another campaign, of course they’re welcome to do that,” O’Rourke said. “No, we’re going to spare no expense. We will bear any burden to make sure that we deliver for this state and for this country. That means a victory on the 6th of November.”

Much of the money raised by O’Rourke’s campaign came from outside of Texas. That means money that could have gone to tighter races has been funneled to his. He’s the great hope of the party, the one who can prove the runner up for the GOP nomination in 2016 couldn’t keep his own seat in Texas. Unfortunately for the Democrats, it’s money that will be shown to be totally wasted in the end.

One leftist commentator I read a couple of months ago said something to the effect of “Beto O’Rourke carries the entire Democratic Party on his shoulders right now. When he beats Cruz in Texas, it will mark the shift this country needs away from the backwards thinking of conservatives like Trump and his Republican enablers.” I wish I could find the piece again so I could see what the author is thinking now.
We can speculate because we’re seeing other Democrats expressing an identical sentiment. O’Rourke really was the guy who could be their champion in the Senate and the shining example that puts the nation on notice of a rising Democratic Party. Except, he’s not. He’s flawed. His campaign is very clever and modern, but it’s not necessarily effective.
When hopes are placed on one person and that person fails, it’s deflating. So much hope had been placed on O’Rourke that this particular deflation is crushing for many Democrats who thought he was destined to win.

Attention on O’Rourke means others are being ignored

Many thanks to CNN for producing this, the fifth poll of Texas in 11 days, instead of polling Indiana, Florida, Missouri, or Montana, all of which are much tighter races and none of which have been polled since October 2nd. There are many ways to measure Betomania! in the media but the fact that they keep polling and re-polling the Lone Star State, hoping against hope for some movement towards Team Blue, is an underrated one.

There are much closer races that should have updated polling and more media attention, but all eyes are on O’Rourke. Some of it’s out of pride; many leftist journalists put so much of their credibility on the line by backing O’Rourke that they are demanding he win whether the people vote for him or not.
We really don’t know how close it is in the other states where the races are tighter. This favors Republicans who are forced to rely on old data showing them losing. Nothing gets the vote out like a poll that shows your side is close but behind. One can argue that in swing states in 2016, the fact that President Trump was behind in most of them was enough to help him win them.
It’s very possible the Republicans are winning in these other tight races, but nobody knows because so much attention is going to O’Rourke. Republicans don’t mind that at all.

The more people learn about O’Rourke, the more he seems like a run-of-the-mill Democrat whose only distinguishing qualities are attractive facial features and a skateboard. He’s not out there sharing inspiring ideas like Senator Bernie Sanders did in 2016. He’s not giving the leftist base socialist fodder like Alexandria Ocasio-Cortez.
He’s Claire McCaskill. He’s Heidi Heitkamp. He’s Jon Tester. He’s a blue guy in a red state playing the leftist when talking privately to young Democrats while playing the centrist in public forums. Yes, he’s said some things in public that are definitely leftist such as banning semi-automatic rifles, but he’s not saying enough to differentiate himself from other milquetoast red state Democrats.
Arguably the only difference between O’Rourke and other Democrats is his willingness to say the F-word a lot in public. That might endear him to hipsters, but it’s not helping him win a Senate seat.
To the media and Democrats, please keep trying to help Beto O’Rourke win. Focus on him. When he loses, it will have a deeper impact on the future of the Democratic Party than all the other Democrats he helped to lose.

If Keith Ellison wins his election, #MeToo has officially jumped the shark