155 MPH winds from category 4 Hurricane Michael decimated Mexico Beach, Florida. Some areas along the coast are absolutely flattened. At least five have been reported killed by the hurricane and death tolls are expected to rise dramatically. 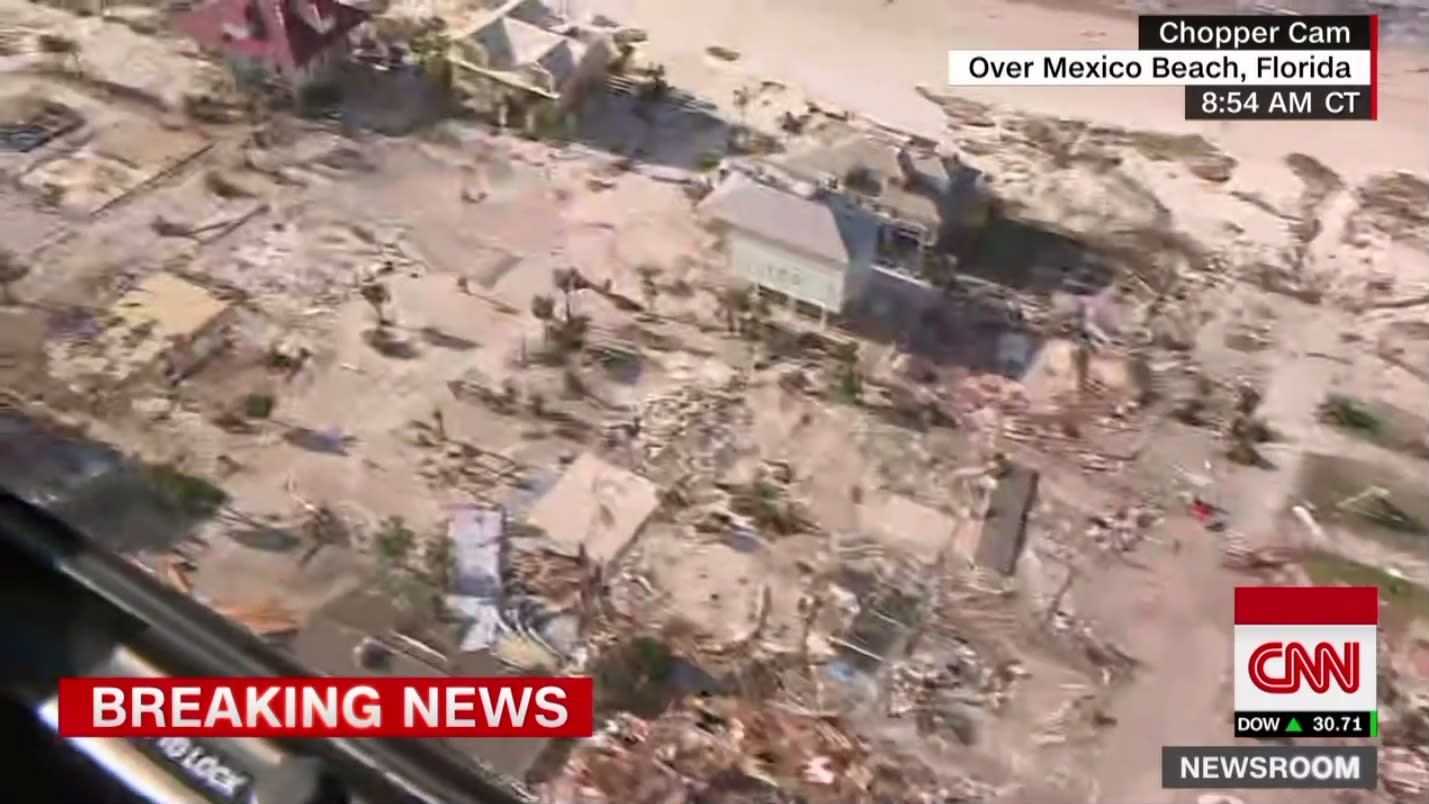 At least two people died in the storm, and federal officials fear the death toll could rise as search and rescue crews begin to assess the damage.
Roads to Mexico Beach were virtually impassable, so Baldwin, who spent the night in nearby Destin, Fla., chartered a chopper to get the view from above. Fires could be seen burning in the distance, homes shredded and boats strewn across the town of about 1,100 people.

The President is expected to visit as soon as it’s feasible. Rescue and recovery efforts are already underway.
The most powerful hurricane to ever hit the Florida panhandle came as a surprise to most as it rapidly increased strength overnight just prior to hitting.
Donate or volunteer at Volunteer Florida.