Jon Huntsman should be the next Ambassador to the United Nations

For the record, I do not care for Jon Huntsman’s politics. The former Utah Governor was a heavy spender for a Republican, which aided him in remaining so popular both in Utah as well as in DC.
The United States Ambassador to the United Nations has no say on spending or fiscal policy, so my concerns about his politics are irrelevant. His experience as a diplomat is what matters and in the capacity he has excelled.
He is current Ambassador to Russia and was Ambassador to China under Barack Obama. Those two posts alone give him the experience he needs as handling his counterparts from our two most powerful threats will prove to be beneficial in the role. Add in the rest of his foreign relations experience and he’s arguably the most qualified.
The entire Senate confirmed him for both of these appointments. He is respected by both sides of the aisle and his executive experience helps him understand how to handle the President.
He may not be the sexiest choice, but following the Kavanaugh debacle it would be nice to get an easy choice in there.
As I was writing this, it seems Washington Examiner read my mind, listing Huntsman as one of their three choices. 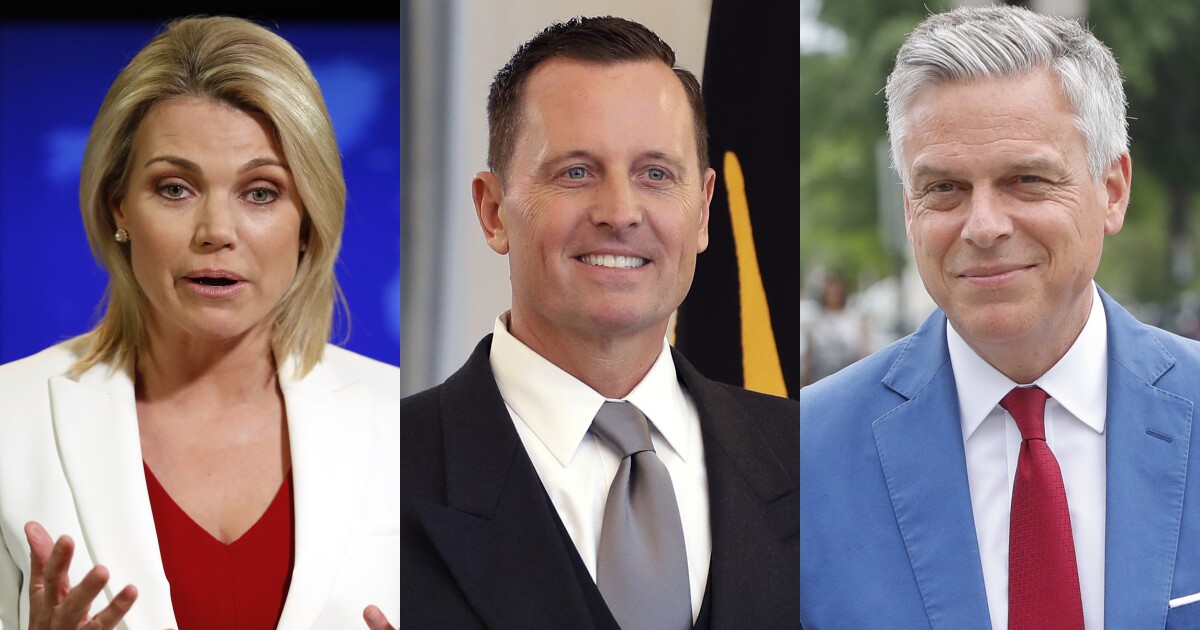 Third, Jon Huntsman. Respected across the Republican Party and by Democrats, the former governor of Utah currently serves as U.S. ambassador to Russia. Under President Obama, Huntsman served as U.S. ambassador to China. In that regard, Huntsman has personal experience dealing with America’s two chief adversaries on the U.N. Security Council. That would give Huntsman a good grounding to win easy confirmation to the U.N. position, and the understanding necessary to hit the ground running. With so many important foreign policy issues on the books at present, the U.S. cannot afford to have a inexperienced ambassador at the U.N.